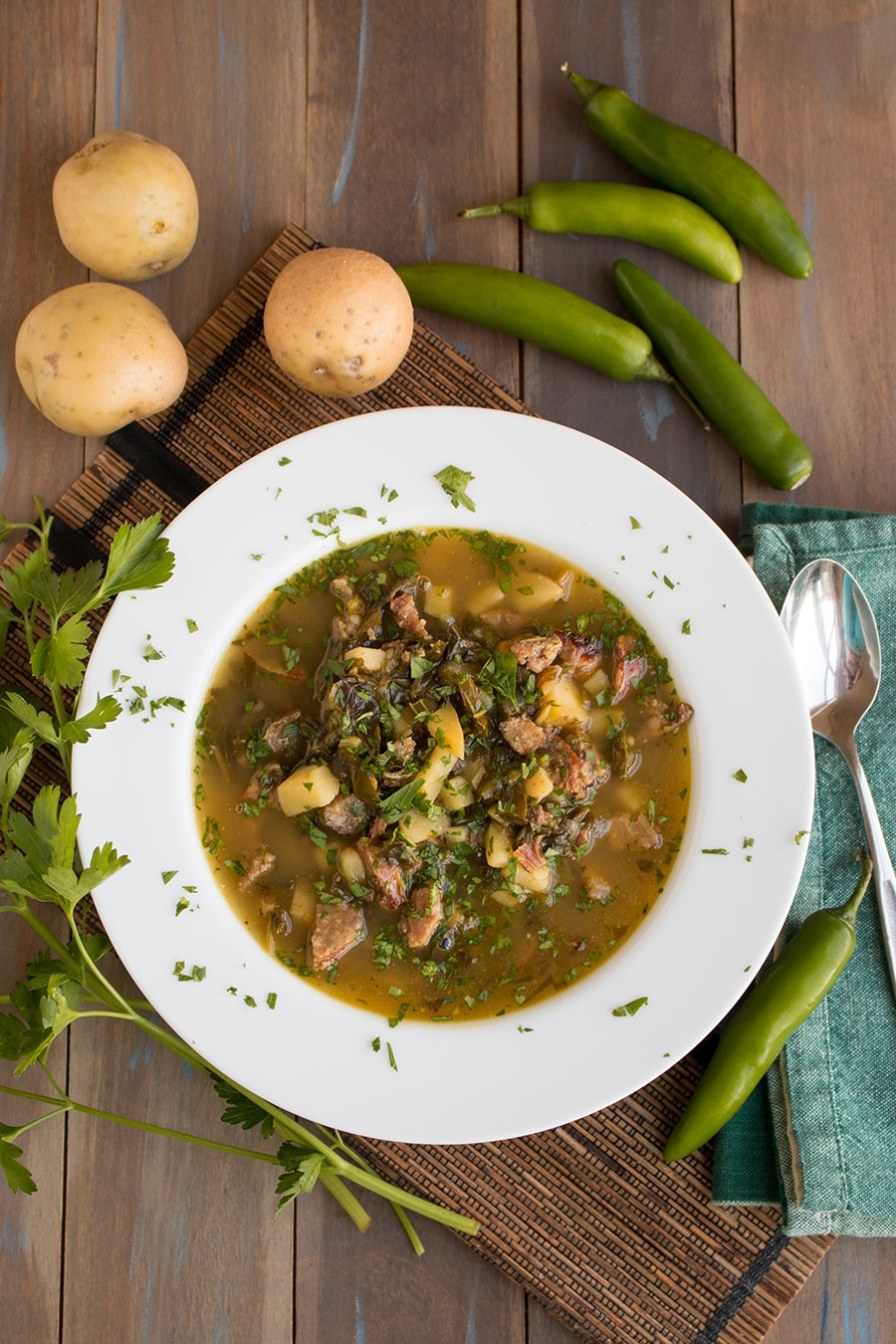 A hearty beer brat soup recipe made with juicy brats and creamy ale along with poblanos, serranos, potato, Swiss chard and plenty of seasonings. Perfect for leftover party brats.

Let’s say you’ve just thrown a huge Summer Brat Party and you have a bunch of leftover brats. You overcalculated and planned on three brats per person on average, but forgot to account for all the side dishes people bring, plus the chips and dips, the beer consumption, not to mention that THREE brats is a LOT of food for anyone to eat.

OK, FINE! I officially apologize. Guilty as charged. I am notorious for overcooking for parties. One of my greatest party fears is running out of food, just after running out of beer, so I almost always overdo it. I can’t help myself.

However! If you’re like me, you start to look at this as an opportunity. You start to think of creative ways to incorporate your leftovers into new and exciting dishes.

You start to welcome the challenge, and sometimes, you succeed. Sometimes you hit it out of the park. That is how this recipe was born – Beer Brat Soup with Potatoes, Peppers and Swiss Chard. Oh yes.

This was a home run. 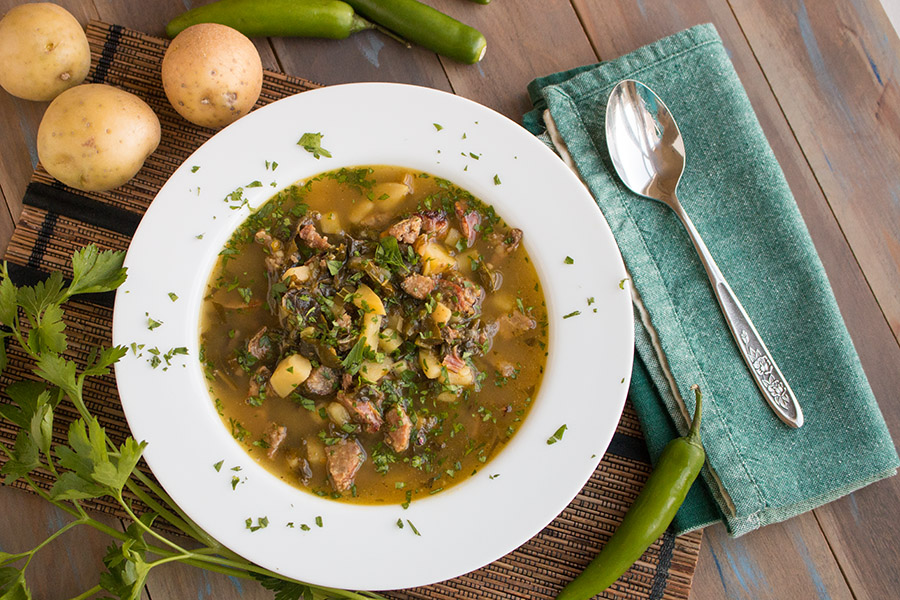 You can – AND SHOULD! – make this beer brat soup recipe with fresh, uncooked brats, but it’s an ideal way to use up any leftovers you might have.

I wound up making this twice, first from leftover brats and again with fresh brats, and each version was delicious. They were identical, truly.

I wrote up the recipe using the uncooked brats, but either way you want to do it works. I also had some leftover Swiss chard in the fridge, which breaks down nicely in the broth. Spinach would work, too.

We ALWAYS have peppers on hand – OF COURE! – but I chose a poblano for its earthiness and a few serranos for their fresh spiciness.

Add in some potato to fill out the dish, along with plenty of seasonings and you’re good to go.

We used a cream ale we had brewed up fairly recently and it reduced down so nicely here into an excellent flavor.

If you want to get all Wisconsin, use New Glarus Spotted Cow, though that might be difficult, considering it is only sold in Wisconsin.

Otherwise, any light colored ale or IPA can work. Just watch the hop levels. Or, even go with a light beer like Coors or Miller Lite. You won’t get quite as much flavor, but they can certainly work.

I hope you enjoy your beer brat soup! 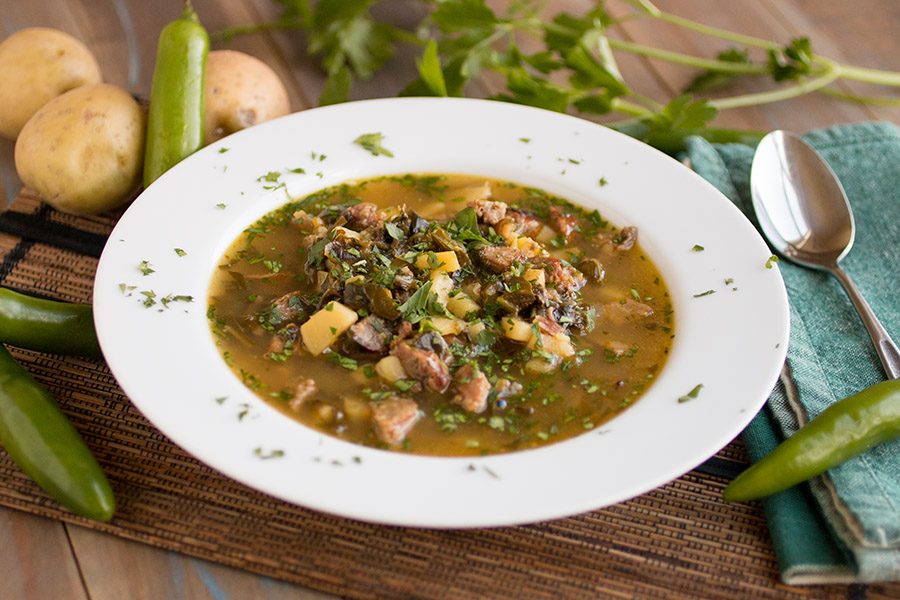 You guys know how I am with my brats. I hate so see leftovers go to waste. I’m glad Mike was able to get so creative with these. I had both soups, with leftovers and from non-leftovers, and both were so good. It is a brothy soup, but quite hearty. Keep this one on the menu!

Got any questions? Ask away! I’m happy to help. If you enjoy this recipe, I hope you’ll leave a comment with some STARS.Also, please share it on social media. Don’t forget to tag us at #ChiliPepperMadness. I’ll be sure to share! Thanks! — Mike H.