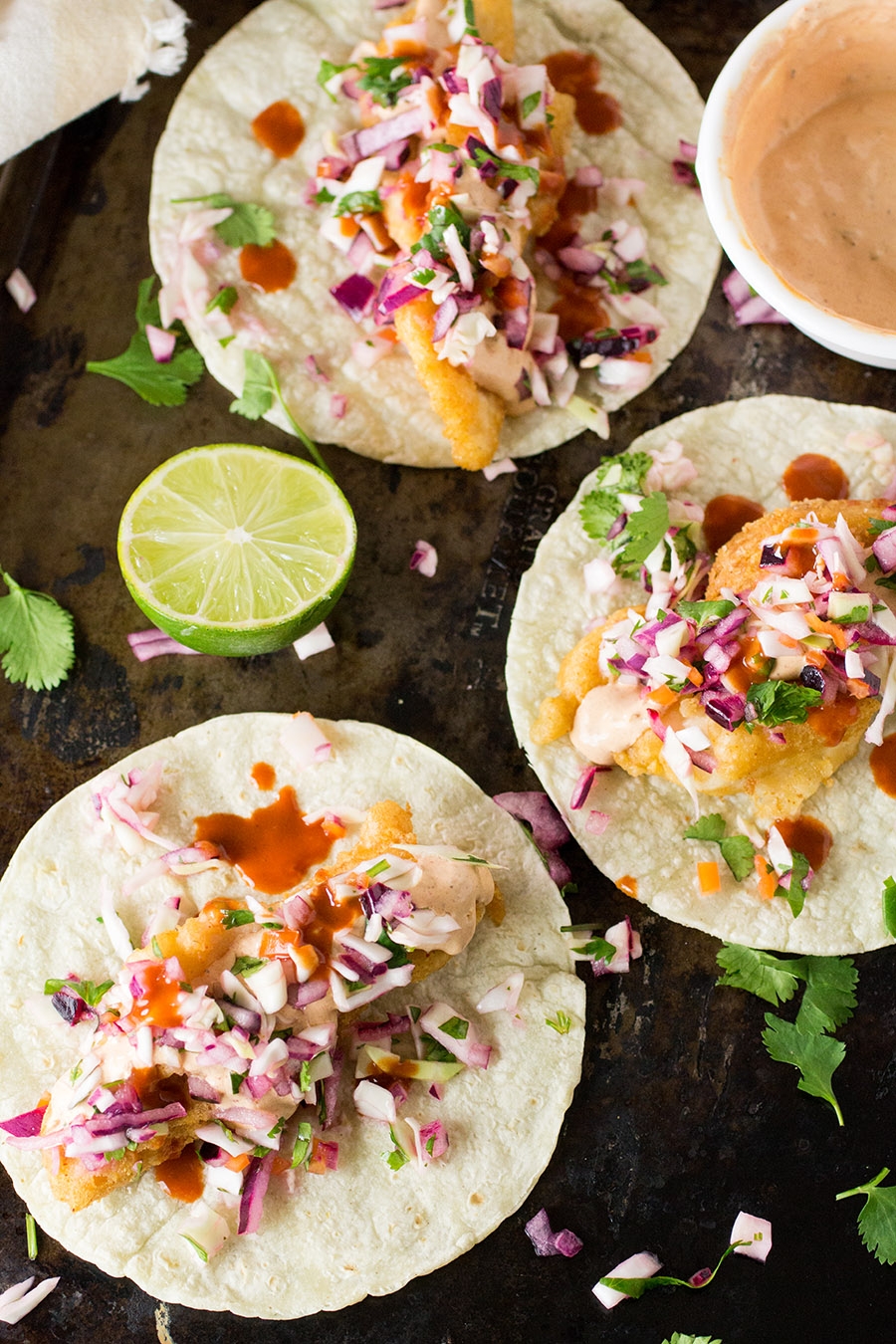 A fish tacos recipe made with white fish that has been lightly fried in seasoned beer batter, served with a crunchy habanero slaw and creamy chipotle sauce. Bring on the tacos, friends! There is ALWAYS room for tacos.

What is it about fish tacos that make them so awesome? Perhaps because…THEY ARE TACOS? Quite possibly.

Tacos are certainly one of life’s perfections, but the fish taco is something unto itself. It is so much about the fixings. So many choices! And the fish, right? What sort of fish do you choose? How do you season it? What type of hot sauce do you pour forth? Oh my, and do we serve it grilled or blackened or fried? 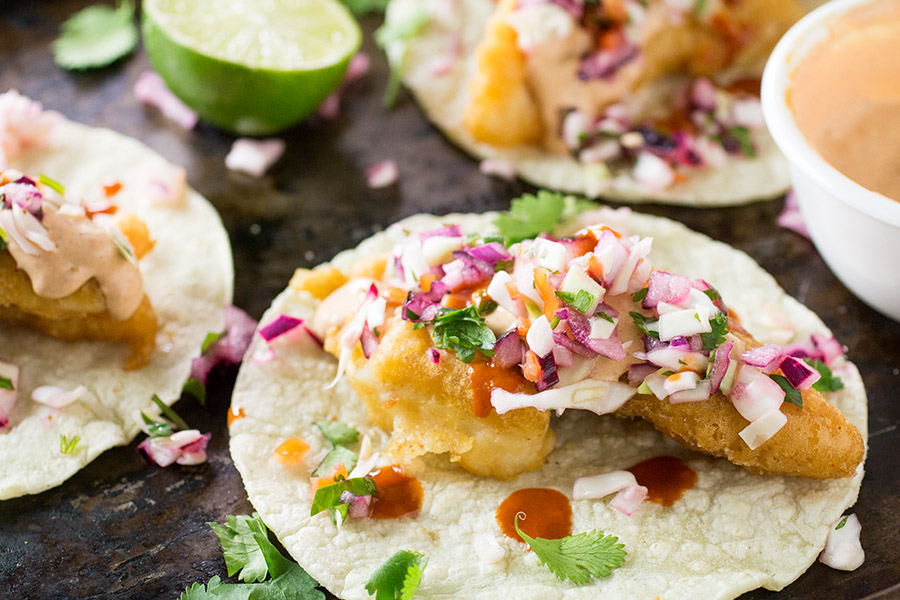 No worries. This isn’t any sort of taco crisis. I am NOT freaking out over here. I LOVE that we have so many options for fish tacos that I might just have to create a whole new section on the site dedicated to fish tacos specifically. Perhaps soon!

But for today, we’re going to start with a simple decision – FRIED FISH TACOS. I normally do not fry food, but lately I’ve been experimenting with a few recipes and I’ve gotten myself hooked on something super simple – BEER BATTER.

Beer batter is incredibly easy to make and it puffs up so nicely when you fry it, especially with fish. The fish cooks quickly this way. The resulting outer layer is light and airy, but also crisp and crunchy, and it has quickly become one of my favorite methods for frying.

A simple beer batter consists of flour, baking powder, salt and beer. I like to season it up to impart the fish with extra flavor. Make sure you season the batter. I truly makes a difference. Then, hit the fish with a bit of salt after the fry, while they are draining on paper towels.

For the slaw, I busted out a couple of habanero peppers that were just BEGGING to get into this recipe. They add the expected level of heat, but also the fruity flavor that pairs so well with fish. It’s a mixture of the habanero pepper, cabbage, red onion and cilantro with a bit of lime juice for your citrus pop.

Top it all off with a quick and easy chipotle cream sauce and BOOM! Fish taco night! If you’re not into frying, you can easily convert this to a Grilled Fish Tacos with Spicy Habanero Slaw recipe, but hey, YOLO. Get that oil heated up! 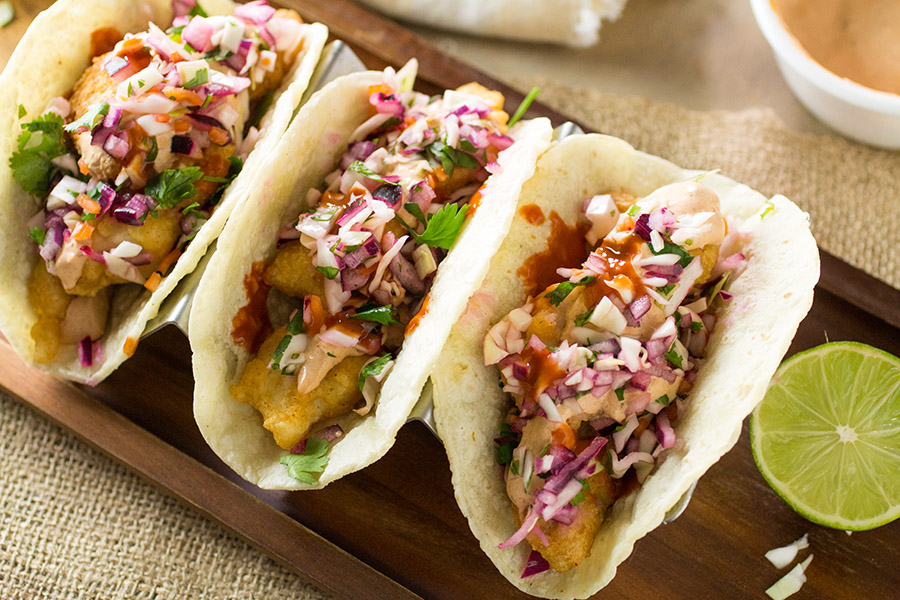 Try Some of My Other Popular Shrimp or Fish Taco Recipes

A good drink pairing for this recipe is a citrusy Wit or Wheat beer, or even an Old Bay spiced Bloody Mary.

FOR THE CHIPOTLE CREMA

FOR THE BEER BATTERED FISH