How Do You Measure Chili Pepper Heat? 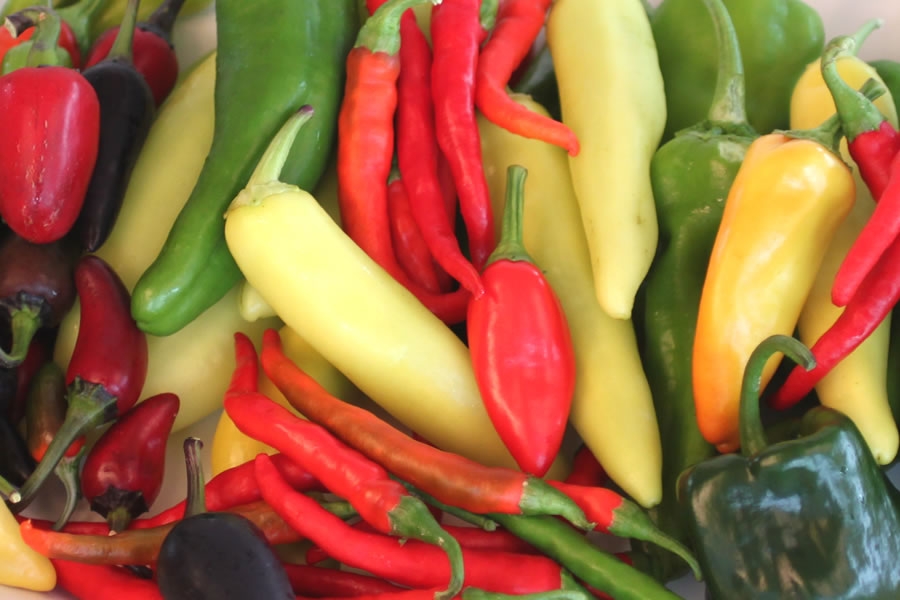 Since capsaicin is the heat producing substance found in peppers, it is only natural to measure pepper heat by measuring the amount of capsaicin within the pepper. But how?

In 1912, a pharmacologist named Wilbur Scoville invented a standard for measuring the capsaicin in peppers, and subsequently the power of that pepper heat.

He called the test, interestingly enough, the “Scoville Organoleptic Test.” Now there’s a name for you. How did it work?

Scoville ground chile peppers into a mixture of sugar water and alcohol. He then had five tasters sip the mixture and grade it for hotness. Since then, we’ve come up with more sophisticated methods for grading the hotness of peppers into units called “Scoville Units” in honor of the man who took on such a proud and wonderful task.

Learn more about the Scoville Scale.

Peppers can be used as a weapon. Imagine this: you’re about to be mugged when suddenly you take the attacker by surprise and hurl a dozen or so hot peppers at him, poking him in the eye and causing him to slip and fall…

Seriously, many pepper sprays use the chemical, capsaicin, to ward off attackers and promote safety. Pepper sprays are marketed to women and police, and even to hunters who can use the power of the pepper to ward off grizzly bears in the woods. It’s even been said that pepper spray is even more effective than tear gas!