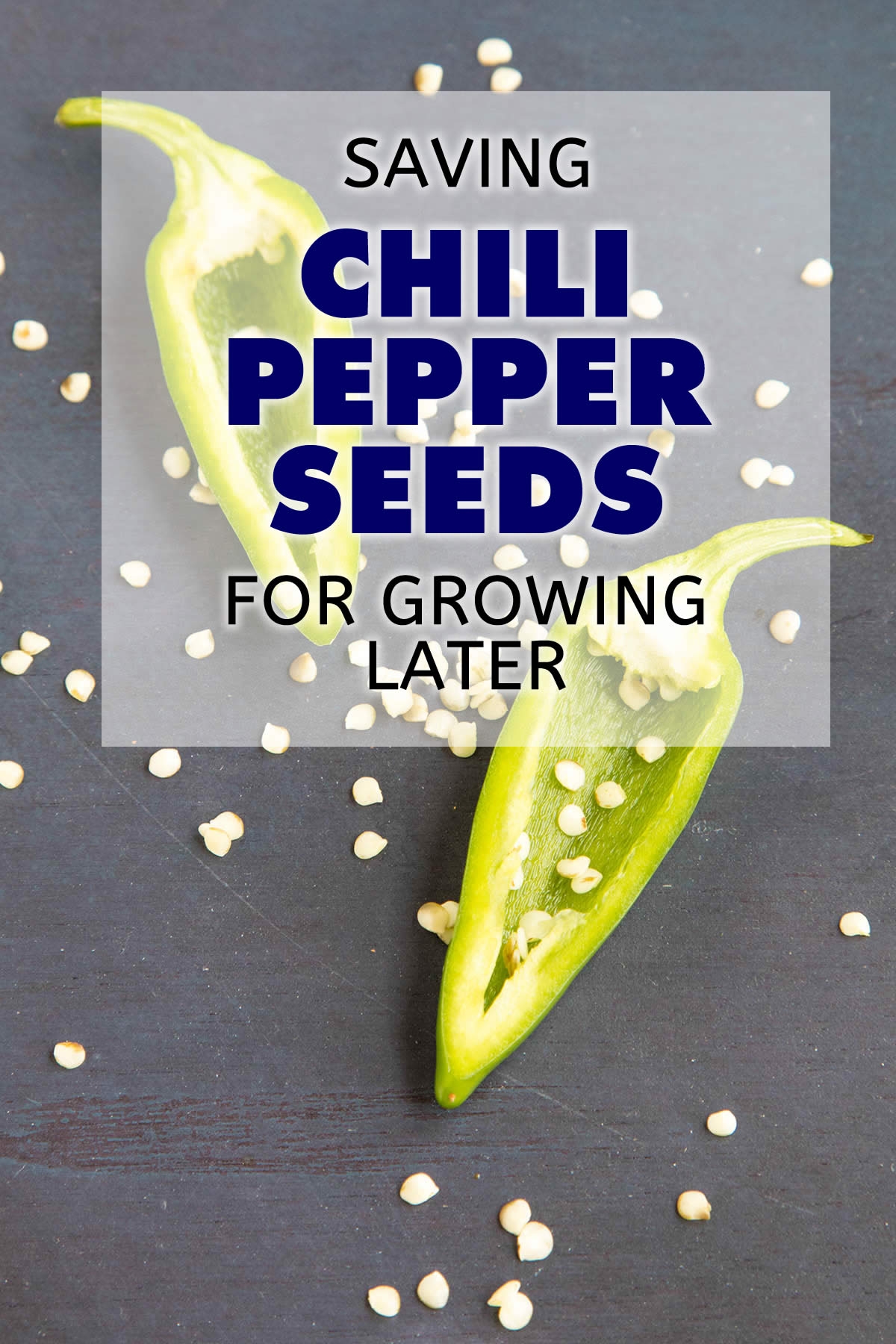 Learn how to save chili pepper seeds from your garden-grown peppers so you can store them and use them to grow peppers the next season.

As a chili pepper grower, you may want to save the seeds from your current batch of chili peppers rather than purchase new seeds each year. Saving seeds also saves money, and ensures your harvest will include your very favorite peppers from season to season.

Luckily for us, chili peppers lend themselves to easy seed saving. Harvesting the seeds is a simple process, and they require very little effort to dry and store.

You may be familiar with the idea of cross pollination in the pepper world with hybrid peppers, like many of the superhot varieties. The concept generally means that genetic material from one type of pepper plant will exchange with another.

This genetic variant will not show up in your current plants, but may show up in future generations grown from those seeds. This is a highly popular method for creating new pepper strains with new  and interesting characteristics, such as thicker pepper walls or greater heat.

If you want the same peppers from year to year, it is best to not save seeds from cross pollinated pepper plants. If you are growing plants for seed, then grow them at sufficient distance from one another, or better yet, use specialized netting to protect them.

Note that not all chili pepper species cross pollinate. Annuum will cross easily with Chinense, sometimes with Baccatum and Frutescens, but not with Pubenscens, which generally does not cross with any other species.

If your goal is to grow seed and sell them commercially, you will need to isolate your plants by type and take steps to ensure no cross pollination occurs. If you are simply growing a home garden, you may not care what types of peppers you get, and it might even be fun to grow your own hybrids.

Regardless, the process of saving pepper seeds for growing later is the same. 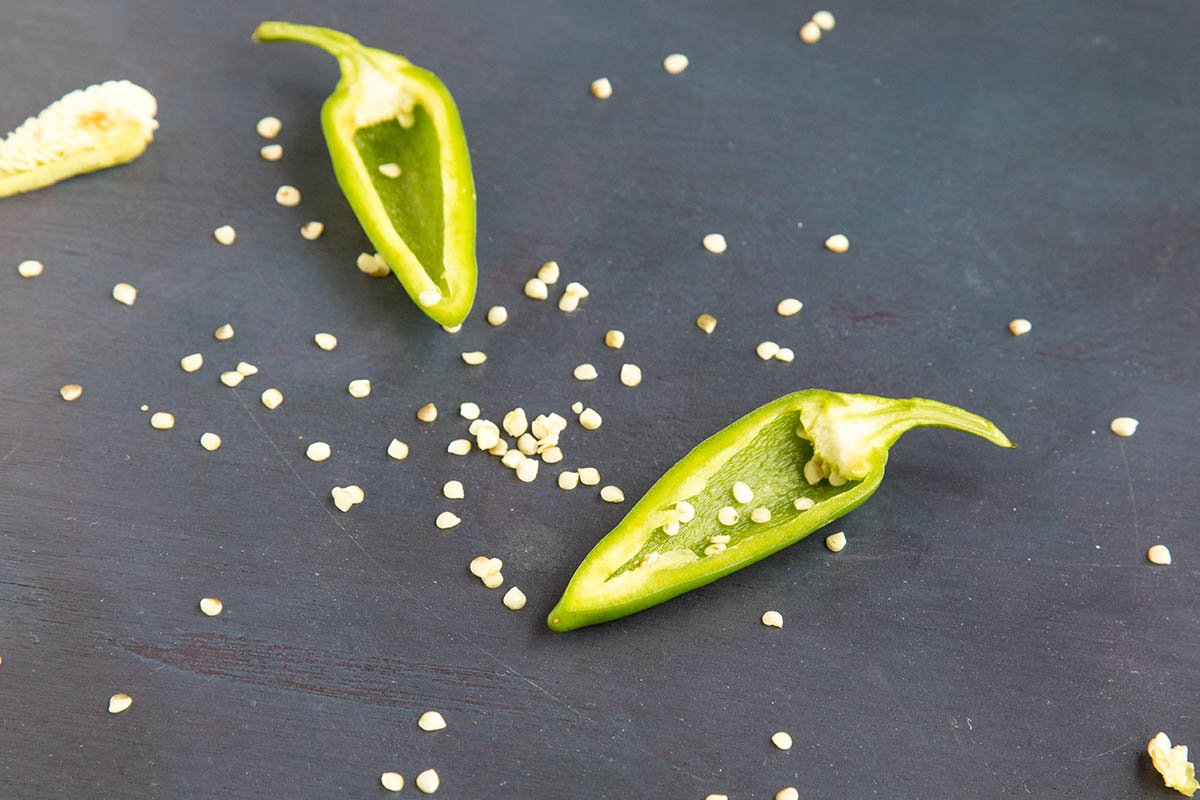 How to Save Chili Pepper Seeds for Growing

First, cut into your fresh peppers to expose the seeds. Use only fresh, healthy, mature peppers, which is very important. Mature seeds are hard and dull white in color, where immature seeds are softer, bright, glossy white. Only mature seeds are viable for saving for future growing.

Next, clean and dry the peppers. Cut them open and remove the seeds. Some seeds are easier to remove than others. Bell peppers, for example, are quite easy, as the seeds are prominently located at the top of the pepper. Smaller peppers, including superhots, aren’t quite as easy to remove, though still aren’t that difficult.

There are techniques, such as finely chopping or processing the peppers then mixing them with water in a bowl, allowing the seeds to sink to the bottom, but use whatever is easiest for you, whether that is using tweezers or just chopping and removing the mature seeds.

Just be sure to wear gloves when handling hot pepper pods.

Next, spread the seeds out on a flat surface indoors and away from direct sunlight in a well ventilated room. There should be no humidity. Do not use paper plates or paper towels, as the seeds will clump and stick to them. Ceramic or coated plates work well, or even cups.

Allow to dry for 2-3 days, or up to a week. Shake or flip them each day to ensure even drying. They will be ready when a seed is brittle and breaks rather than bends when pressure is applied.

You can also use a dehydrator to dry the seeds, though temperature is very important. Do not exceed 95 degrees F. 85 degrees F is ideal for drying pepper seeds for growing. 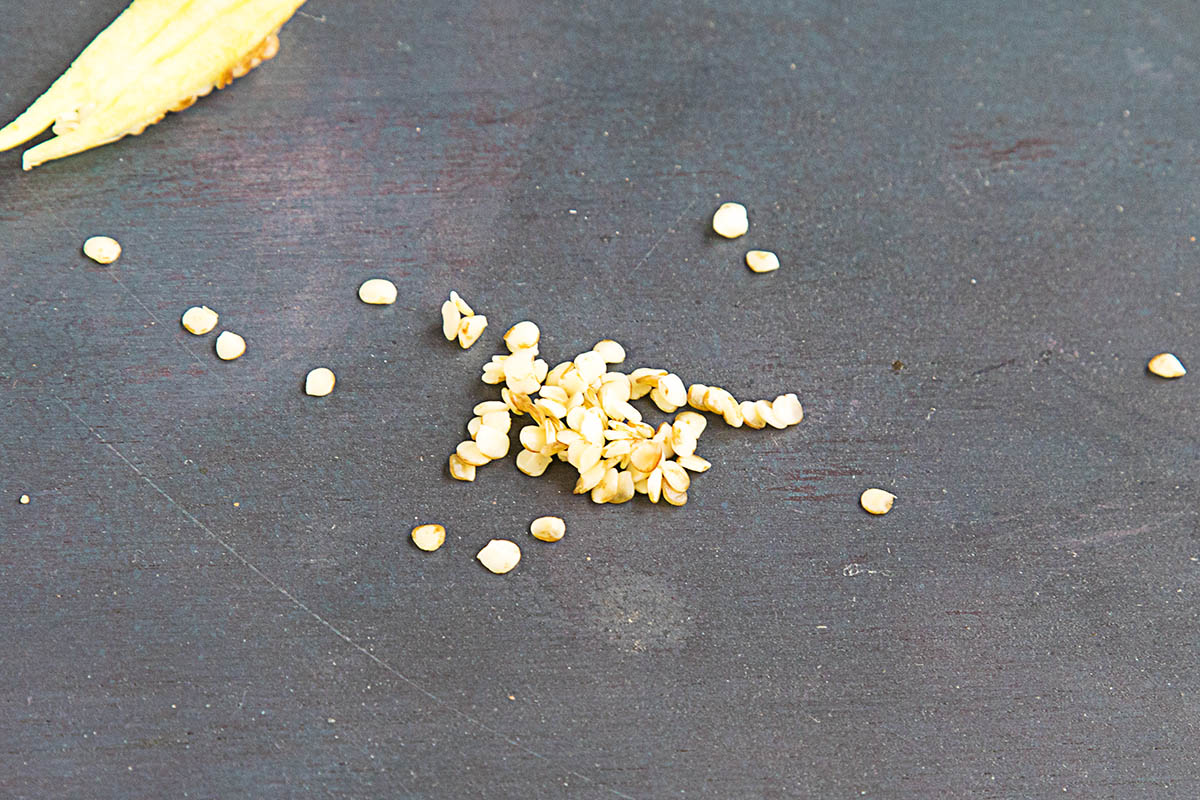 You can save seeds from younger pods, but you will have more success from ripe chili pepper pods. As a best practice, let some pods grow on the plant until they become fully ripe, and even start to wrinkle a bit.

Remove the seeds and dry them per the instructions above.

Can You Save Seeds from Store Bought Peppers?

Seeds saved from store bought peppers, like bell peppers and others, aren’t likely to sprout because of the picking timing and the way they’re grown. You can try it and the seeds might sprout, but it’s unlikely. It would be best to get viable seeds and grow them, then save those seeds from your own garden grown plants.

For longer term storage, store the seeds in airtight containers. Be sure to label them with pepper type and dates. For shorter term storage, many people use baggies or envelopes, which work as well. Store them in a cool, dark, dry place, such as your cupboard or refrigerator. The refrigerator is the best for storage.

These seeds will be viable for approximately 2 years, though it is best to use them within a year as the genetic material can degrade and the likelihood of non-sprouting increases with age.