What is a Chili Pepper? 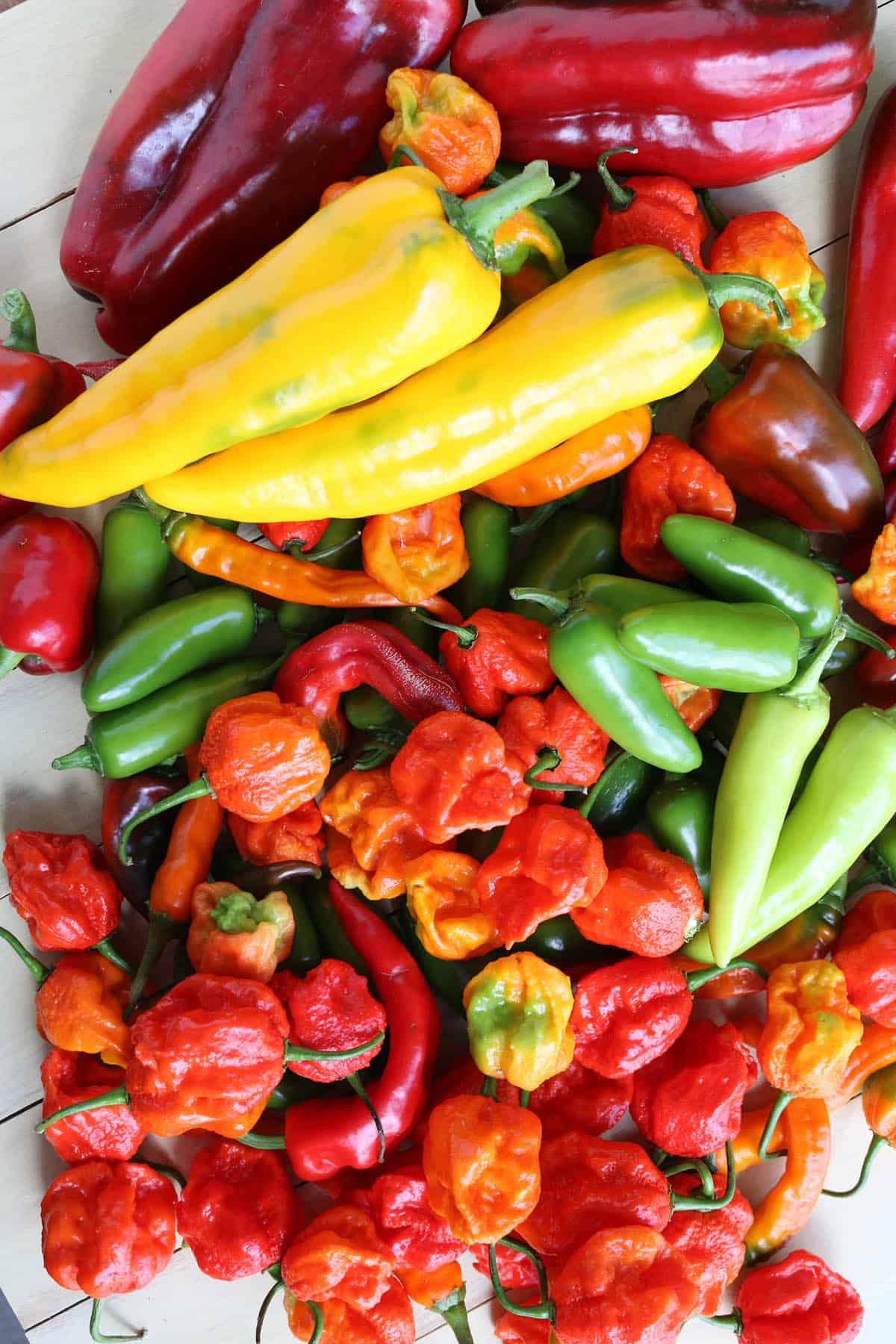 Chili peppers originated in South America, but are now grown around the world because they are used as spices or as medicine. Christopher Columbus reportedly sampled a chili pepper and thought it was a relative of the black pepper, dubbing it a “pepper”, which is inaccurate, though the name persists today.

In South America, they were known as Aji.

How the Chili Pepper Got Its Name

Our great American history finds Christopher Columbus on a long and arduous quest for spices. Food has long been a traditional and powerful reason to traverse the expanses of our world and different cultures. One of the great foods Columbus returned with was “aji”, or “child” as it is translated.

On his return to Europe, the “aji” was renamed the “Calcutta Pepper” by Leonard Fuchs, a German botanist who believe that Columbus had found India. And thus it began.

America’s Favorite Chile pepper is by far the jalapeño, a thick-fleshed pepper about 3 inches long (give or take). It’s a bright green little guy that can be lovingly incorporated into just about anything, from soups to Lemonade.

The majority of our jalapeño peppers come from Mexico, where the natives eat them as snack foods, plucking them in droves from sidewalk carts and fields. The red variety of the jalapeño is a bit milder than the green variety, and sweeter as well. They are also milder than their cousin, the serrano, another popular chile pepper, though not as widely known as our favorite, the jalapeño.

Most of us love the jalapeño (and other beautiful peppers) because of the little “kick” we get when we take a bite of one. Sure, as far as taste is concerned, jalapeños are delicious, but that blast of spiciness that bursts in your mouth and ravishes your tongue is a powerfully added bonus, making hot peppers among the greatest flavors in the world.

That spiciness we all love and crave comes from a compound called capsaicin that is found in all hot peppers. Interestingly enough, capsaicin is found in no other plant than the chile pepper. A single drop of this substance combined with 100,000 parts water is still noticeably spicy. Isn’t that great!

Capsaicin itself is tasteless and odorless and is produced by the glands in the chile pepper’s placenta, found at the top portion of the pepper below the stem.

Scientists have observed that many rodents and other small mammals do not particularly like the jalapeño, possibly an evolutionary advantage developed through the generations to protect the peppers from evildoers. Birds, however, seem to be unaffected by the pepper heat. This, of course, is an advantage to our friend, the chile, because when birds eat the peppers, they disperse the seeds through their droppings all across the land, thus perpetuating that thing we all love so much (though admittedly in a rather gross manner).

Trying to Beat the Heat

Have you ever put a hot, spicy pepper into your mouth on a wild whim and then suddenly realize that “Argh! This is too hot!” Of course this shouldn’t happen with the jalapeño, but it can happen with some of the other, hotter varieties of chiles, like the habanero.

What to do with the Chili Pepper Burn?

One bit of advice: Don’t Drink The Water! Pure capsaicin is soluble in alcohol but not soluble in cold water. Hence, instead of dousing the raging flame on your tongue, the water will only spread the spices around in your mouth and make the situation worse. Instead, try sugar or milk to curb that luscious heat (if you can’t take it, that is).

After time, you can build up a tolerance to the heat by continuing to eat hot peppers in small doses, but you’ll always have the initial burst of spicy flavor with our friend, the jalapeño.

Additionally, when handling chile peppers, you should always wear rubber gloves to avoid contact with the pepper oils. The oils can cause a burning sensation on the skin. In a pinch you can use the yellow rubber gloves that many people use while washing dishes, but thin latex gloves work wonderfully for maneuverability. It’s really a lot easier to cut and handle the peppers with these types of gloves.

Learn More about How to Stop the Chili Pepper Burn

How Do You Measure Chili Pepper Heat?

Since capsaicin is the heat producing substance found in peppers, it is only natural to measure pepper heat by measuring the amount of capsaicin within the pepper. But how?

In 1912, a pharmacologist named Wilbur Scoville invented a standard for measuring the capsaicin in peppers, and subsequently the power of that pepper heat.

He called the test, interestingly enough, the “Scoville Organoleptic Test.” Now there’s a name for you. How did it work?

Scoville ground chile peppers into a mixture of sugar water and alcohol. He then had five tasters sip the mixture and grade it for hotness. Since then, we’ve come up with more sophisticated methods for grading the hotness of peppers into units called “Scoville Units” in honor of the man who took on such a proud and wonderful task.

Learn more about the Scoville Scale.

Peppers can be used as a weapon. Imagine this: you’re about to be mugged when suddenly you take the attacker by surprise and hurl a dozen or so hot peppers at him, poking him in the eye and causing him to slip and fall…

Seriously, many pepper sprays use the chemical, capsaicin, to ward off attackers and promote safety. Pepper sprays are marketed to women and police, and even to hunters who can use the power of the pepper to ward off grizzly bears in the woods. It’s even been said that pepper spray is even more effective than tear gas!

The original chile plant, classified as a fruit, not a vegetable, hails from either Peru or Bolivia, depending on which anthropologist you ask, circa 7000 B.C. The tiny, pungent red fruit was most widely cultivated in Mexico, where it was deemed important enough to serve as currency as well as food. Seeds were carried by birds throughout Central, South, and southern North America. Modern Mexico still produces the greatest variety of chile peppers, about 140 types at last count.

Did you know that the Nobel Prize was awarded to Hungarian scientist Albert Szent-Gyorgyi in 1937 for his work with chile peppers? It’s true!

Gyorgyi discovery that chiles are a rich source of vitamin C, are high in vitamins A and E, potassium, and folic acid. He also noted (as a side bar) that chile peppers are incomparable for clearing sinuses and cleansing pores.

Got a cold? Break out the peppers!

You’ll find capsaicin in its chemical form of guafenesin in commercial expectorants like Sudafed and Robitussin.

How to Roast Dried Chili Peppers

Dried peppers should be wiped clean with a damp cloth or paper towel before roasting. Place in a dry skillet over medium-low heat and keep turning until fragrant, 2-4 minutes. Be careful not to blacken or the chiles will turn bitter. More on roasting chili peppers.

How to Roast Fresh Chili Peppers

Fresh peppers can be roasted directly on a gas burner or under the broiler. Cook until charred all over and then transfer to a plastic bag to sweat. Seal the bag and let steam 10 minutes or longer. Remove blackened skins with fingertips or carefully scrape with a paring knife. Do not place under running water to peel or you will lose flavor as the oils wash off. More on roasting chili peppers.