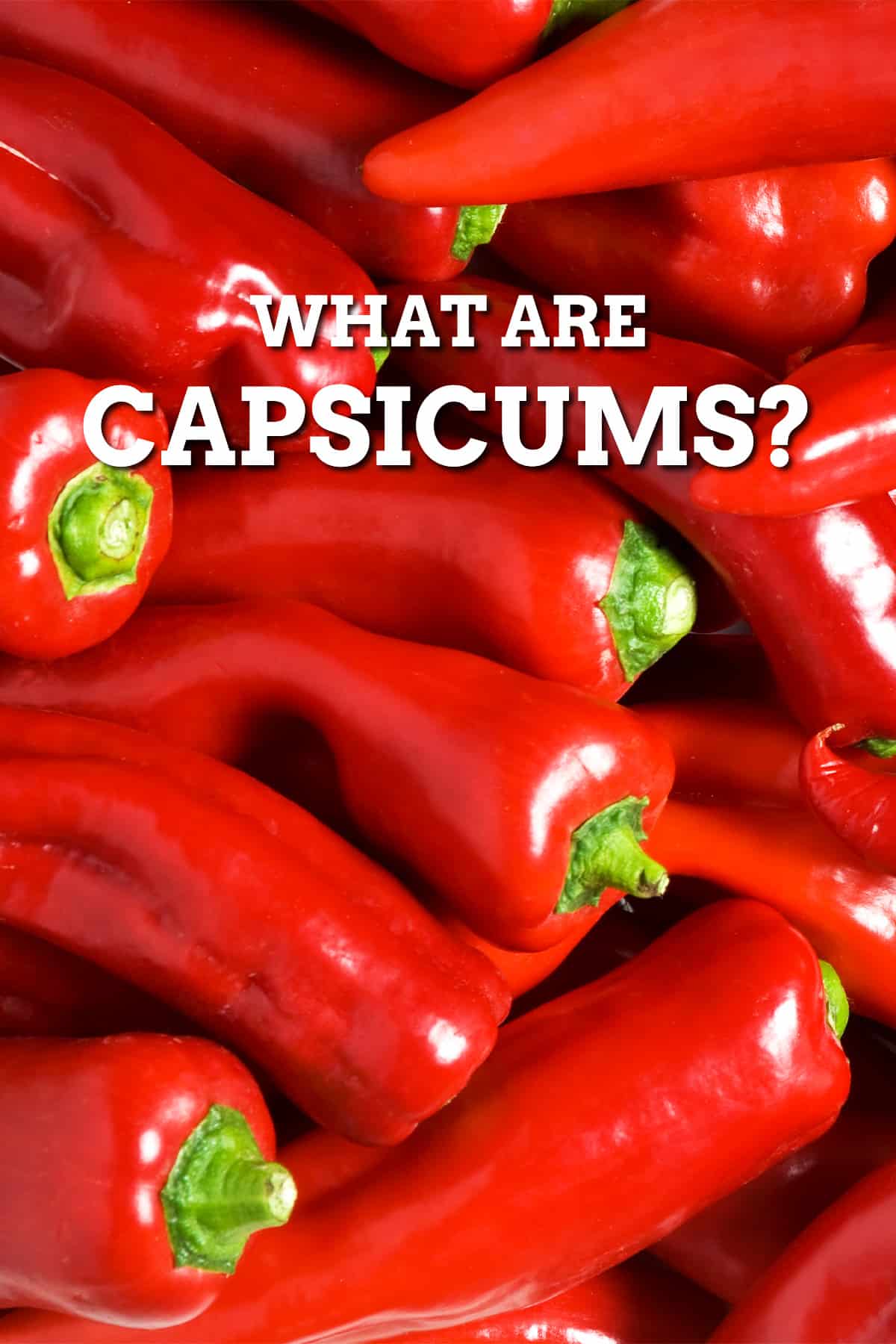 Capsicum is the name of a genus of tropical American herbs and shrubs of the nightshade family Solanaceae, most often referred to with the generic name “peppers” or “chili peppers”. Learn more about it.

What is a Capsicum?

A capsicum is another name for “chili pepper” in many countries, though in the scientific world, the name refers to the genus of flowering plants in the nightshade family Solanaceae. A genus is part of the biological ranking classification of living things and fossils, ranked below “family” and above “species”.

Capsicums in general are cultivated for their fleshy berries and seeds, and they are grown in many places around the world. While these harvest berries vary in name from place to place and their type, the most common variety are called “chili peppers”, which themselves vary wildly in shape, size, appearance, flavor and piquancy, or heat.

The name “capsicum” also refers to a pain reliever that contains capsaicin, derived from chili peppers, but here were are only concerned with the chili peppers themselves.

There are 20-27 different species of capsicums in the world, but only 5 of them have been domesticated, all of them chili peppers.

The 5 Domesticated Species of Capsicums

Capsicum annuum is also known as the Chile de Arbol and the Mississippi sport pepper, depending on where it is consumed. The plant itself is native to both North and South Americas and tends to thrive in most regions that these environments present. Of the five cultivated capsicum plants, this one is the most widely cultivated and the most widely distributed.

While the word “annuum” in the title of this plant might suggest that this variety of pepper is an annual, it is not – assuming that the plant is planted in a place where there are no frosts, it can develop into a hardy shrub that exists perennially in the garden. The flowers that this plant produces tend to be off white or purple, and the resulting fruit is generally red, green, or yellow.

This species is popular all around the world. In North America, these varieties of peppers are most commonly called chili peppers or bell peppers – both come from this strand of pepper. This variety of pepper is also used medicinally in certain parts of Africa, and many people grow it for the purpose of its looks in their gardens.

The most popular peppers in this category include bell peppers, jalapeno peppers, and Thai peppers.

Capsicum frutescens is a species of chili pepper that most likely originated in Central or South America. It grows very well in this area of the world and still grows there both as a wild plant and in cultivation. There are varieties of capsicum frutescens that are annual and varieties that are perennial in nature, and the flowers that these peppers produce are usually white or greenish white in color.

Generally speaking, the fruit they produce starts off yellow, and then darkens into red upon complete maturity. The place where the Capsicum frutescens variety of pepper is used most often is likely in Ethiopian cuisine – it has been cultivated there ever since the 19th century. Today the plant is still used heavily in many kinds of African cooking, though it is less popular in other parts of the world. It has also shown up occasionally in the cuisine of North Africa, featuring in both Moroccan and Egyptian cooking.

Capsicum frutescens is available in most supermarkets in developed countries, generally in the specialty aisle. It has a unique spice that is augmented by an underlying sweetness, and many who try this variety of pepper find themselves hooked.

Some of the most well known peppers in this category include tabasco peppers, malagueta peppers and piri piri.

Capsicum Chinense is often known as the yellow lantern chili when it is presented in English-speaking markets, mostly due to the unique pumpkin-like fruits that this variety of chili pepper produces. The most well known version of this pepper is the habanero, which is one of the hottest chilies regularly available for consumption in most supermarkets and is the most popular in dishes.

These peppers are native to the Yucatan Peninsula area of Central America and on the Caribbean islands. These peppers can act as a perennial in the right environments, though in many areas where they are cultivated – particularly in the northern regions – they sometimes function as annuals. Even as an annual plant, however, the seedlings will germinate after the cold part of the year and the plant will live on.

Capsicum Chinense have high ornamental value as well as their use in cooking. They have unusual shaped flowers and a variety of different shapes for the fruit itself, so many gardeners use them to spruce up their flowerbeds as well as their dinners.

In restaurants, these peppers are popular for their potency. Most Western cuisine as a whole is not overly spicy, but elements of dishes that require kick often use Capsicum Chinense peppers, due to how potent they are. They are a very cost-effective ingredient in many Western kitchens for this reason – you need fewer of them to pack a punch in a dish!

Some of the most well known peppers in this category include habanero peppers, ghost peppers, 7 pot peppers and the Carolina Reaper.

This variety of pepper is the least cultivated out of all of the hot pepper strains. It is native to the northern regions of its area, so it is unique in its ability to withstand much cooler temperatures than its other chili brethren. The flowers of this variety of pepper are pretty distinct, as well – they are purple red, and tend to grow in clusters of four or five.

Unless you happen to live in or near an area where this particular variety of pepper is being cultivated, you’ll like to find them the hardest variety of chili to track down. They are considered very hot where chilies are concerned, and have one of the highest heat ratings that peppers can get. If you’re on the lookout for these and you live away from their main agricultural areas, consider looking online for the dried varieties. These are easier to find and are often just as hot and useful in cooking as their fresh counterparts.

The Capsicum Baccatum is unique in chili pepper varieties due to its history – this is one brand of pepper that was actually brought to Central and South America by the colonizers, rather than the colonizers taking the pepper plants back with them. They are famous for their strangely shaped fruits – some people compare them to tulip flowers. There are a variety of different peppers that are under this branch of the pepper family, but the most famous variety is probably the aji amarillo, or the Amarillo chili.

The Amarillo chili is probably used most often in Peruvian cuisine. In fact, this kind of chili is so popular in this part of the world that it is often served as a condiment on the table alongside red onions and garlic.

This pepper has a unique smoky quality to it that other peppers have yet to be able to reproduce. If you’re looking for something a little bit more unusual that still delivers the familiar zing of other, more popular peppers, check out what the Capsicum Baccatum family has to offer.

Some of the most well known peppers in this category include Aji Peppers, including Aji Amarillo and Aji Cristal, but also Bishop’s Crown Pepper and the Piquante Pepper (Peppadew).

Got any questions? Feel free to contact me anytime. I am happy to help.