Bird’s Eye Chili Peppers: All About Them 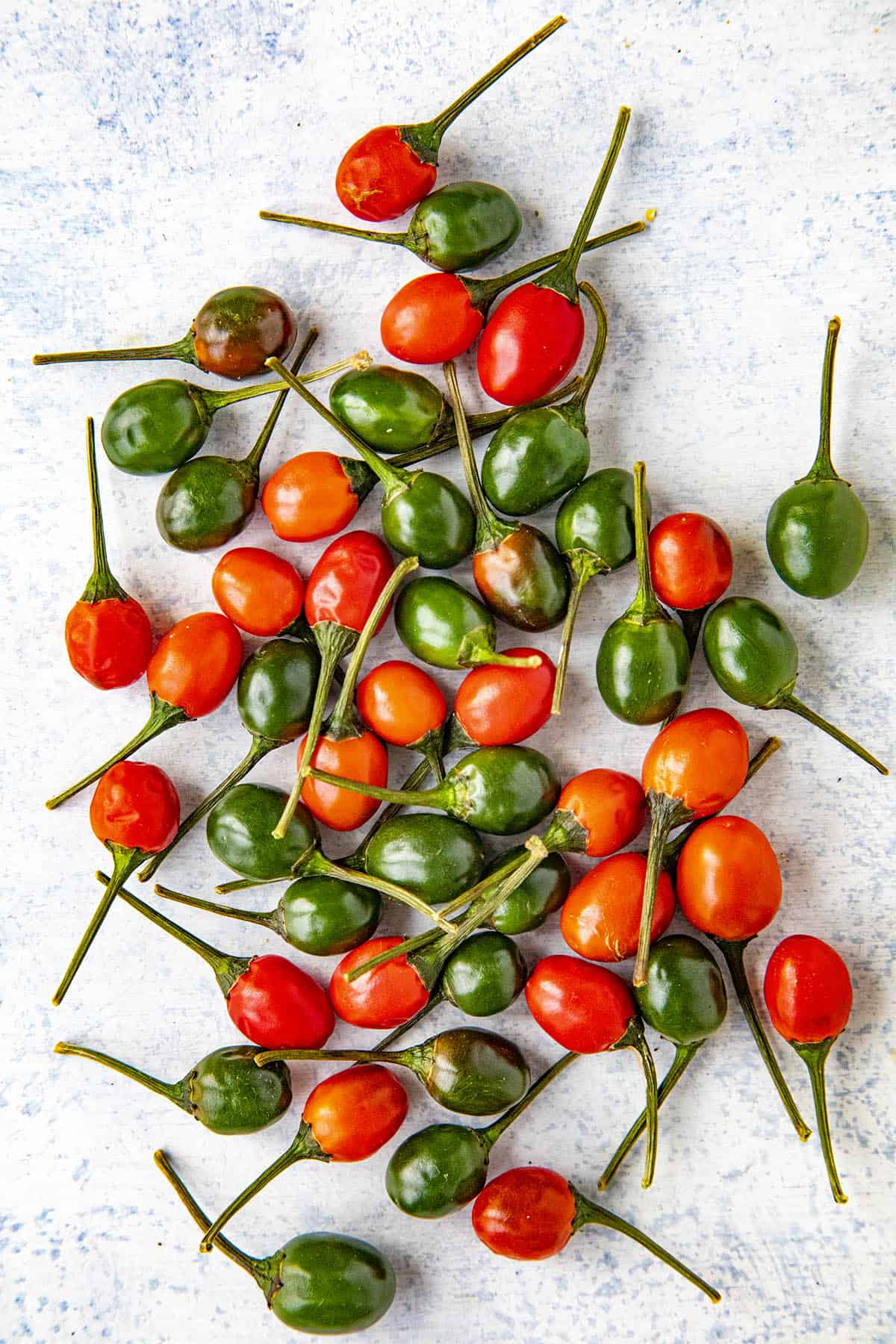 The bird’s eye pepper is a small round pepper originating in Thailand and surrounding countries, though they are now popular all around the world.

The tiny Bird’s Eye Chili originated in Cambodia, Vietnam, Thailand, The Philippines, and surrounding countries, but they can now be found all over the world. They are presumably called Bird’s Eye Chili because of their small round shape and because they have been spread by birds, which are not affected by the heat of the peppers.

The Chiltepin pepper in North America is also known by the same name, and for the same reasons, but it is a different pepper altogether.

The Bird’s Eye are generally red at maturity, but may also be yellow, purple or black. They are very popular in cuisine from the areas mentioned above, and with heat almost similar to a habanero, they add quite a punch to many types of dishes, including pastas, soups, sauces, dips, and more.

Historically the hot pepper has been used as a natural remedy for arthritis, rheumatism, flatulence and toothache, and they may be used as an insect repellent when mixed with water. 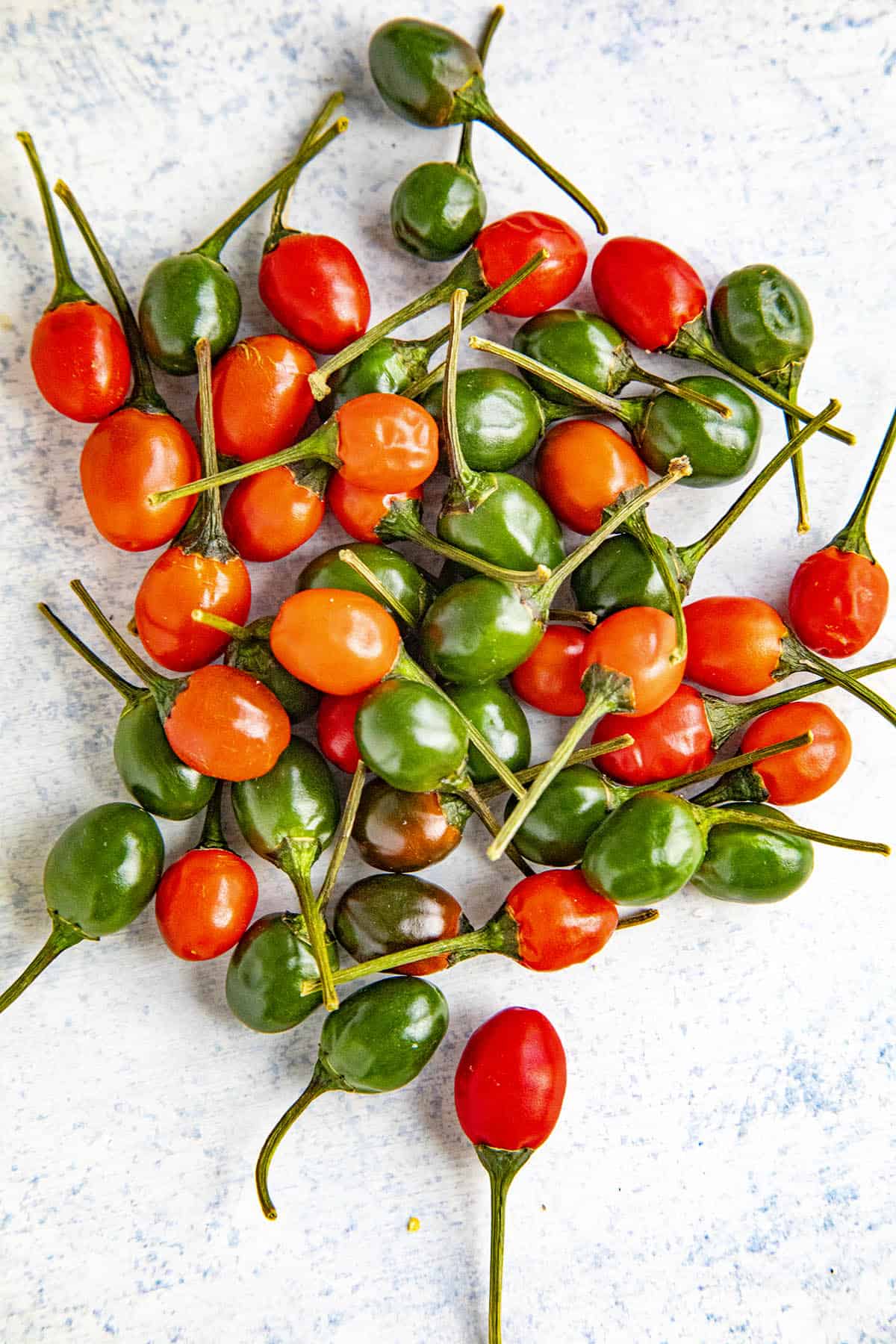 How Hot is a Bird’s Eye Chili?

Bird’s eye chilis range from 50,000 to 100,000 Scoville Heat Units on the Scoville Scale. Compare this to a typical jalapeno pepper, which averages 5,000 SHU, and the bird’s eye pepper is anywhere from 10 to 20 times hotter. That’s quite a lot of heat!

Bird’s eye peppers are used extensively in Thai cuisine as well as the cuisines of many countries around Thailand. They truly pack a punch and have an excellent flavor. I’ve grown these pods in my garden a few times now and the plants are always productive. Because of the amount of peppers, their good level of heat, and their vibrant color, these peppers are ideal for making hot sauces, chili pastes, salsas, or for dehydrating and grinding into chili flakes or chili powders. They’re also good for stir fries or adding to salads and soups.

Got any questions? Feel free to contact me any time. Happy to help! — Mike Hultquist

Mike is the author of “The Spicy Food Lovers’ Cookbook” and “The Spicy Dehydrator Cookbook“. He is a chili pepper enthusiast who has run Chili Pepper Madness for many years.