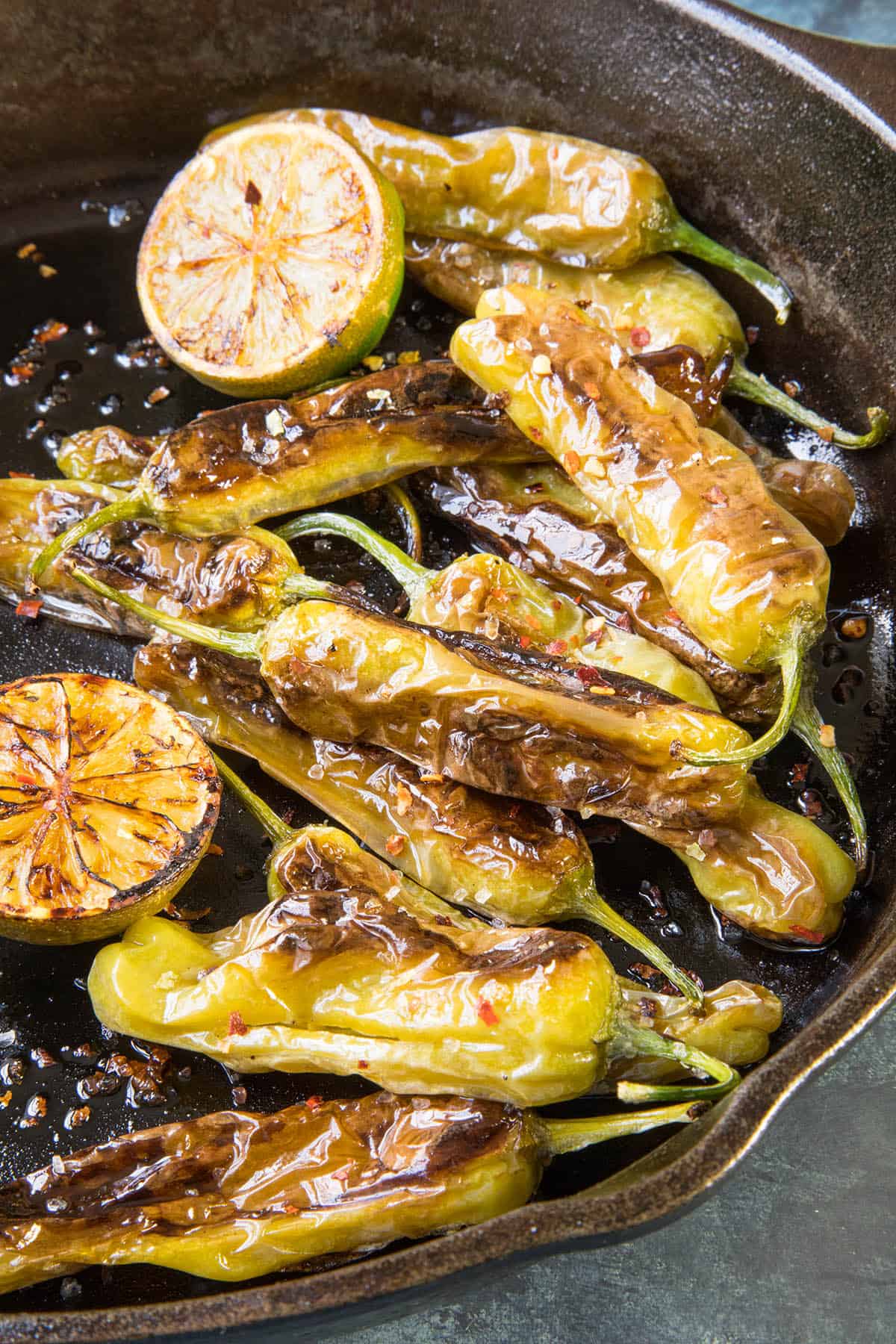 These garden grown shishito peppers are blistered and charred in a hot pan with just a bit of oil, then tossed with flaky sea salt and tart lime juice. Serve them up with a simple lime-cream sauce for dipping. The perfect appetizer or party starter.

Have you ever had blistered shishito peppers? The first time I tried them, they were on a restaurant menu as a special appetizer. We gave them a try and the waiter brought them out, still steaming from the searing hot pan.

They were dusted with a good amount of sea salt and a bit of cream of some sort, and I basically fell in love with them after the first bite.

What I love about them is how incredibly easy they are to make. We just had a friendly pool party and I toted out my induction cook top and cooked them up pool side in a screaming hot cast iron pan.

Here’s me, cooking by the pool on my fancy cooler. 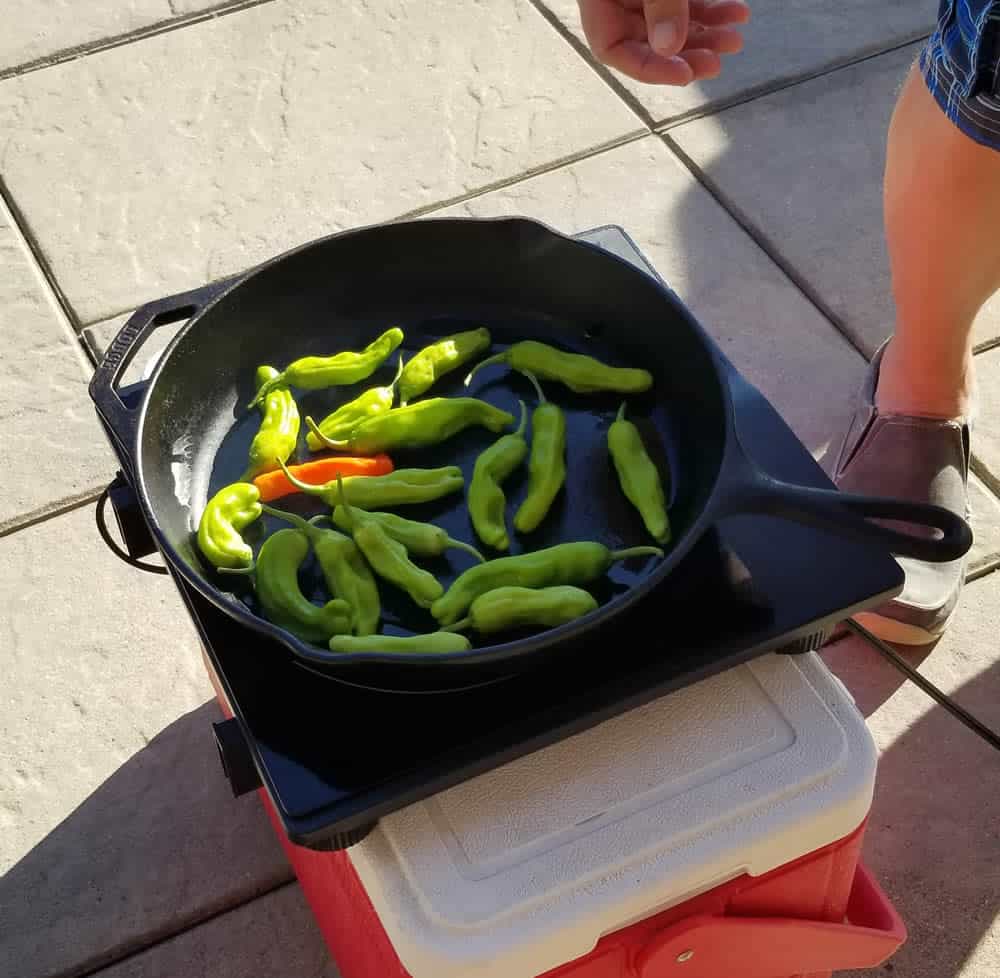 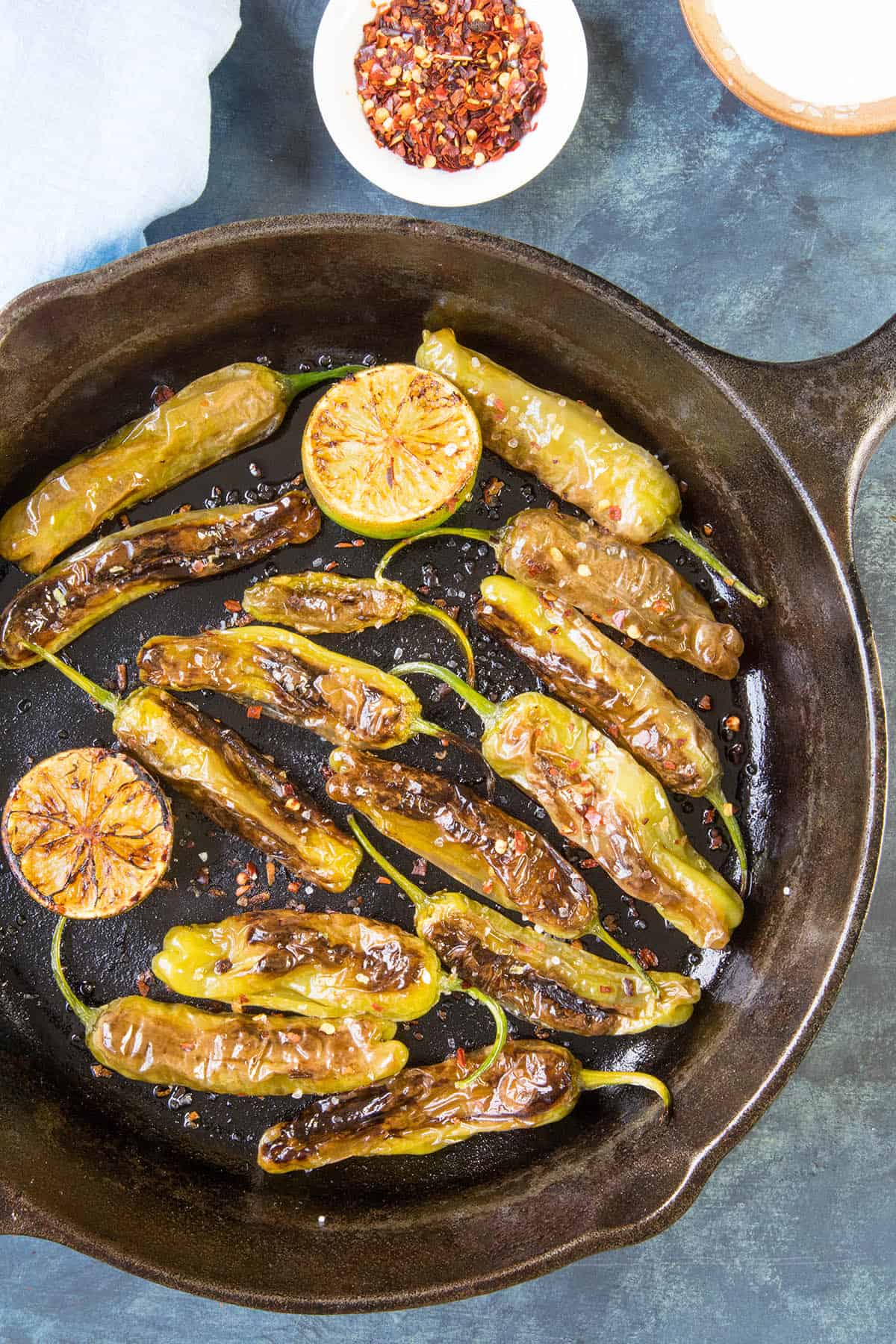 Shishito peppers aren’t very hot. They measure in at only 50-200 Scoville Heat Units, most of them at the lower end. However, it is fun to eat them because about one in every 10 or so shishito peppers is somewhat hot and will hit that 200 mark, offering a little surprise to the diner.

So fun! 200 SHU still isn’t very hot, but it’s nice to get the tiny jolt when you find one.

I grew them in my garden this year and the plant is SUPER productive. I’ve been making recipes like this all summer with them. The peppers are often confused for pimento de padron peppers, which look and taste quite similar.

Check this out. This is just from today. 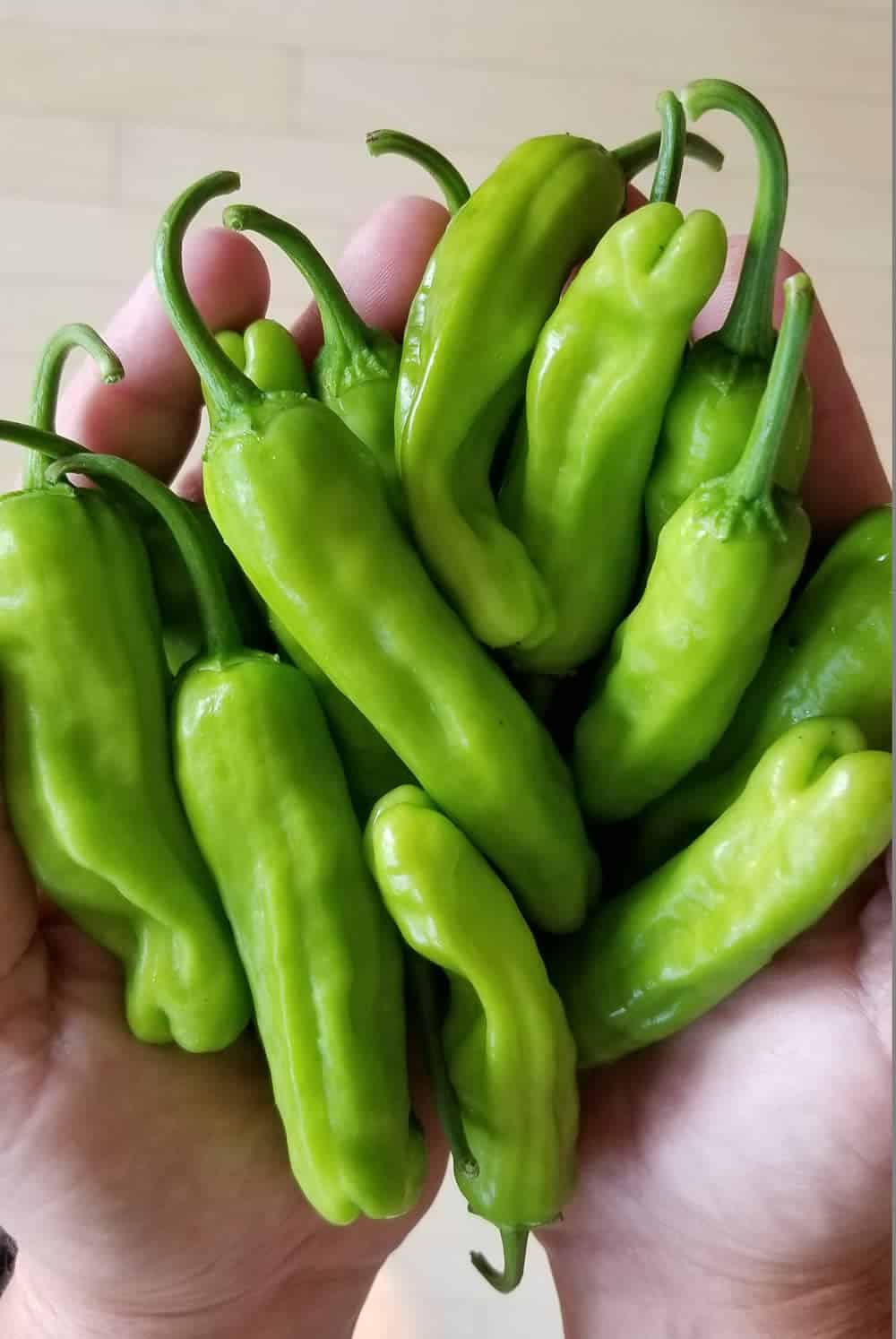 Interestingly, the name, “Shishito”, derives from the Japanese words “shishi”, which means “lion”, and “togarashi”, which translates to “chili pepper”. Hence, in Japan, it is known as the “Lion Head pepper”. Shishitos are quite popular in Japan, where the food is not known for being spicy, though they are increasingly appearing on American menus.

The flavor of the shishito is interesting with a peppery finish, and a hint of sweetness, but it is that tiny jolt of heat that many people look for.

Let’s talk about how we make these, shall we?

I like to serve them out of the pan. I’ll carry it around and let my guests pick out the peppers of their choice, along with a bit of the dipping sauce. Or, set the pan down somewhere with pair of tongs and let them serve themselves. To me, they’re rather casual, even though I’m starting to see them appear in fancier restaurants.

For the Lime-Cream Dipping Sauce

Whisk together a quarter cup of Mexican crema (or sour cream) with a teaspoon of lime juice and a pinch of sea salt. Place it into a dipping cup.

Serve the up! They’re super delicious. A great appetizer!

Check Out Some of My Other Popular Appetizer Recipes

Serves 2 Heat Factor: Low, but you may get a slightly spicy shishito every now and then. Heat them up with some spicy chili flakes. 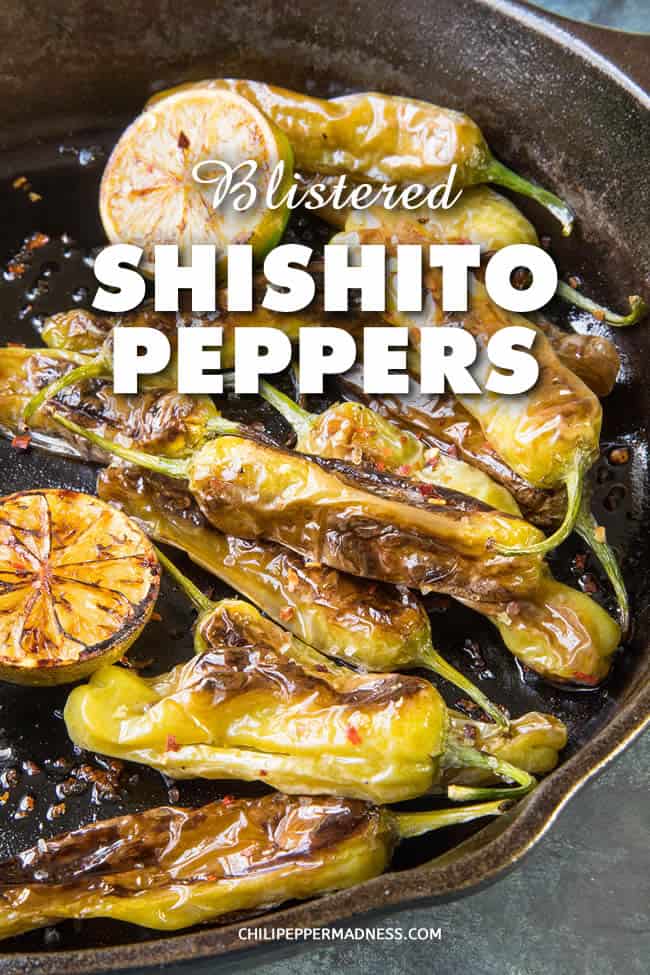