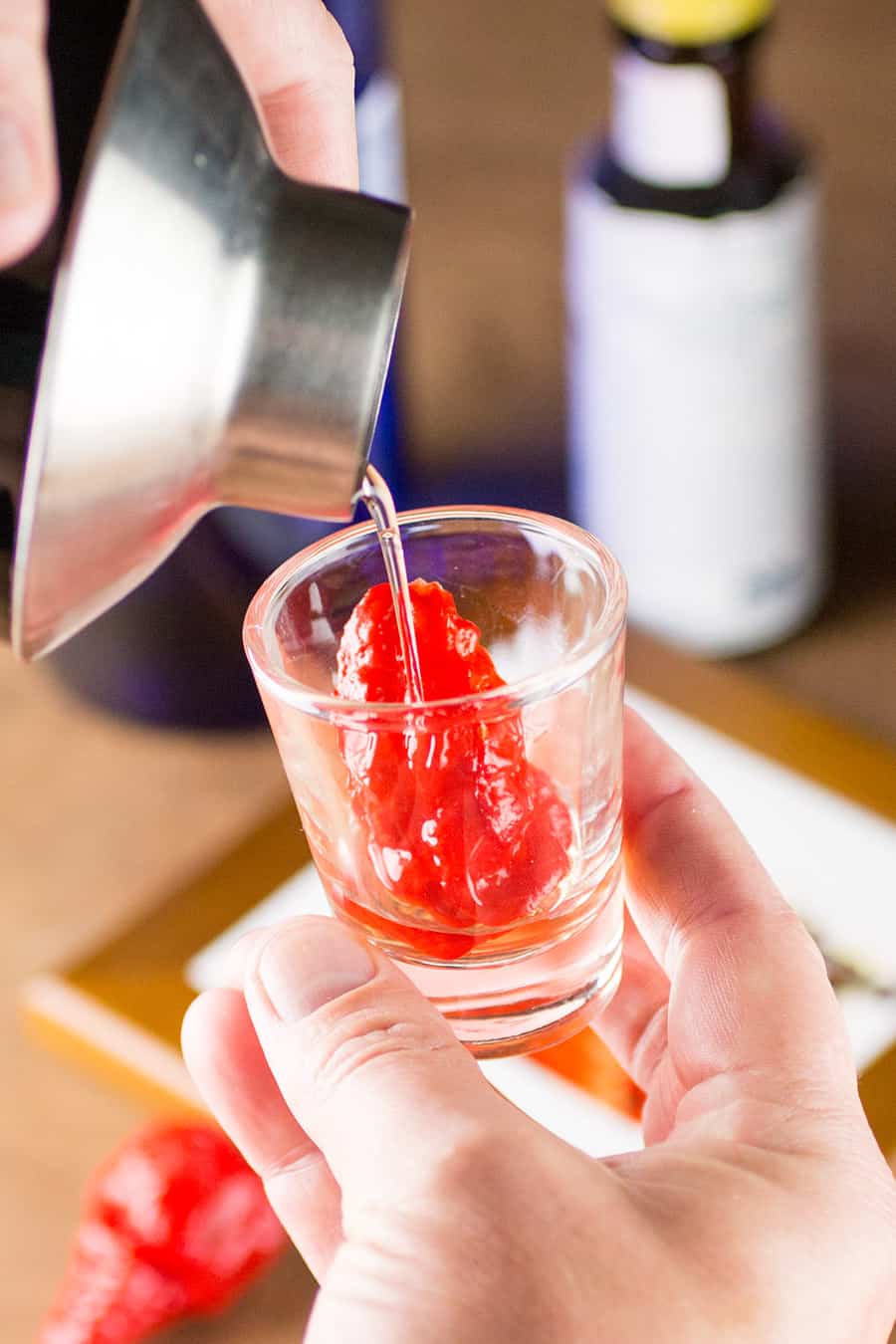 Yo, Patty here. An idea sprouted last night between Mike and I about what would be the ultimate Halloween shot, “Madness Style”.

Since I’m the mixologist, of course it would be a shot or a cocktail. We have done the “finger food” parties for Halloween where you make everything look like a creepy finger. We’ve done plenty of themed parties and most included a special drink.

Not sure this recipe would be good for the masses, but it’s actually quite tasty and I’ve found it’s astounding how many guys are willing to taste all the superhot delights that Mike offers. Unfortunately, we haven’t had a chance to share this with any of those crazy guys yet, but hopefully we will this Halloween. 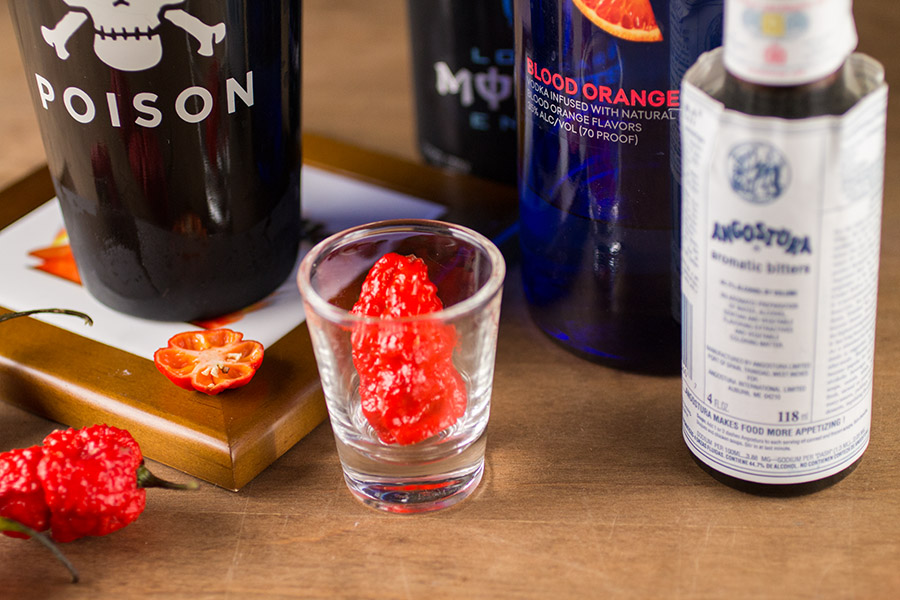 About the Ultimate Spicy Vodka Shot – Made with Scorpion Peppers

Since we have these superhot chili peppers that look just like devil’s tongues, that was completely the inspiration. We’re talking Scorpion Peppers, my friends, and they are CRAZY HOT. I went into our stash and started smelling different bottles to think of what would work.

I was also a bit tired so I instantly knew I wanted an energy drink. And most definitely a shot to really show off the shape of the peppers that look so much like devil’s tongues. So, I hope you try our spooky creation and love it as much as we did.

If you like it hot, it won’t scare you as much as you’d think. 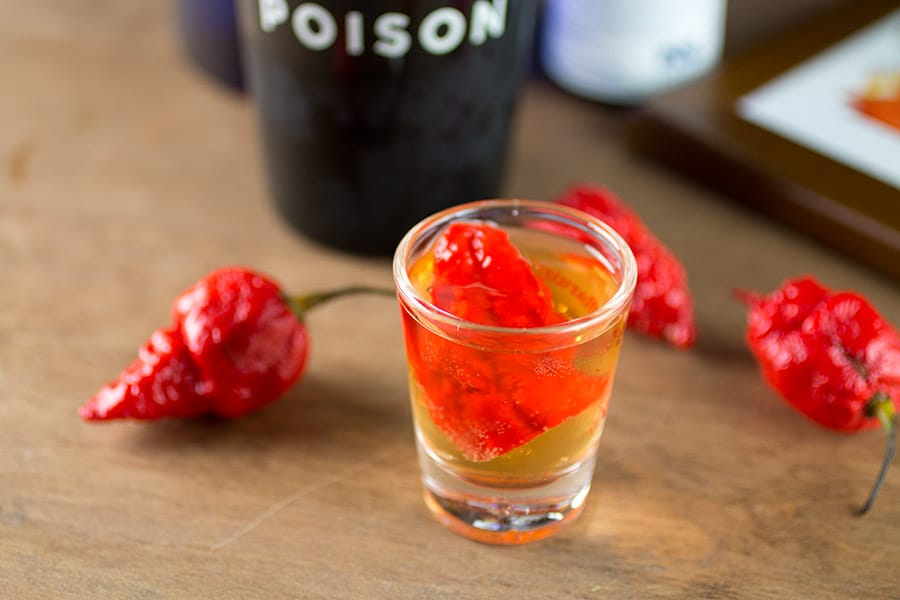 I had to have Mike drink this after I made it because I can’t handle the heat from the superhots. Afterward, he had a big smile on his face and said, “ooh, that’s got a bit of heat”.

I then tried a bit, watered down somewhat with some extra Monster just to tone down the heat. It turned out really delicious.

It’s a great vodka shot idea for those looking for scary Halloween shot ideas. Beware, this shot is TRULY HOT, and may freak some people out. You don’t want to hurt anyone! If you’d like to keep the shot idea, but tame the heat, use a milder pepper like the habanero pepper, which still delivers plenty of heat. 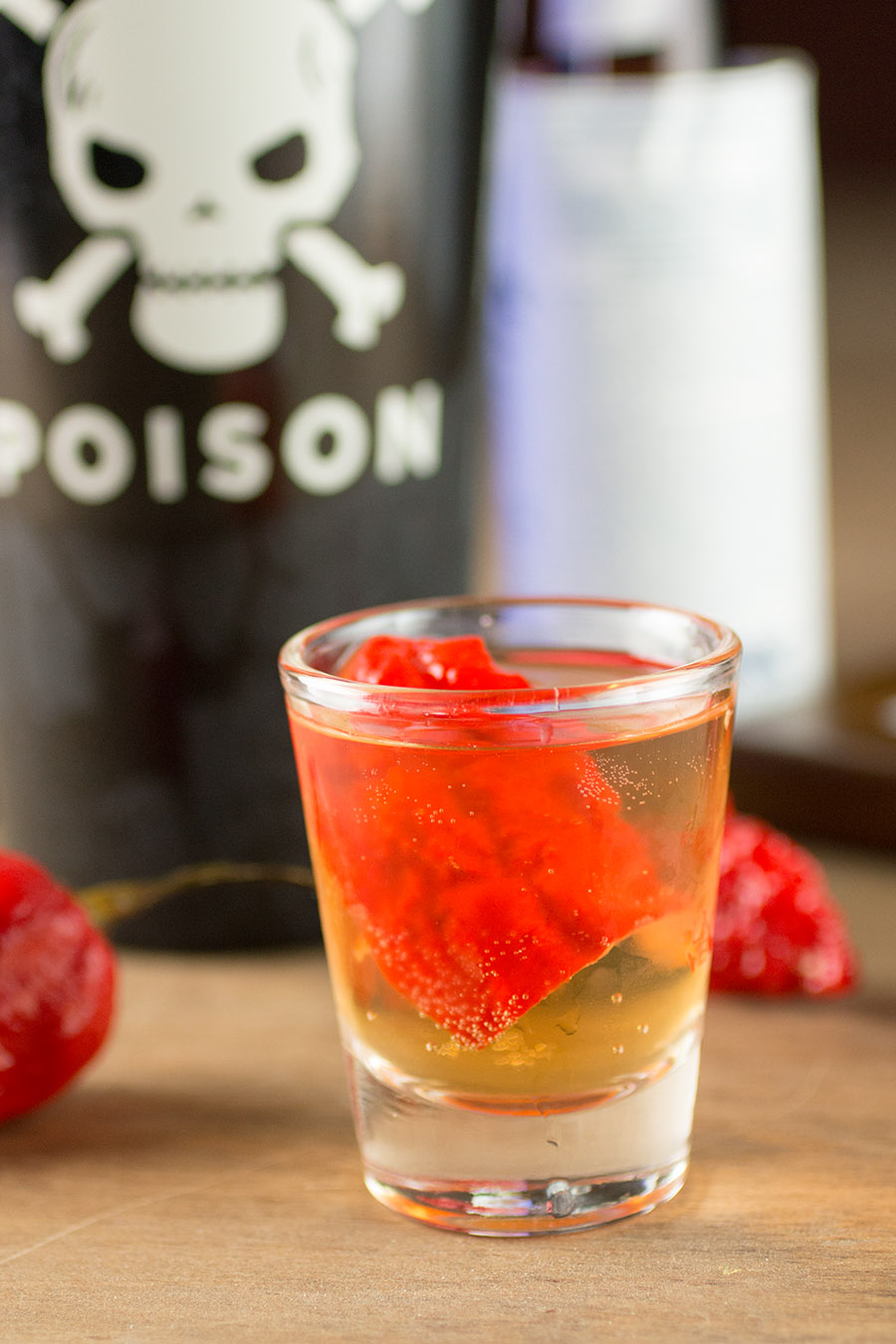 Patty busted out the Apocalypse Scorpion peppers for this one. It is a cross of peppers from what I’m told, and I VOW to learn more, but it has that awesome Scorpion pepper heat, so beware. You can use pretty much any superhot for this shot. Try them all! Haha. I love it. May I have another?

Try Some of our Other Spicy Drinks and Cocktails Recipes. 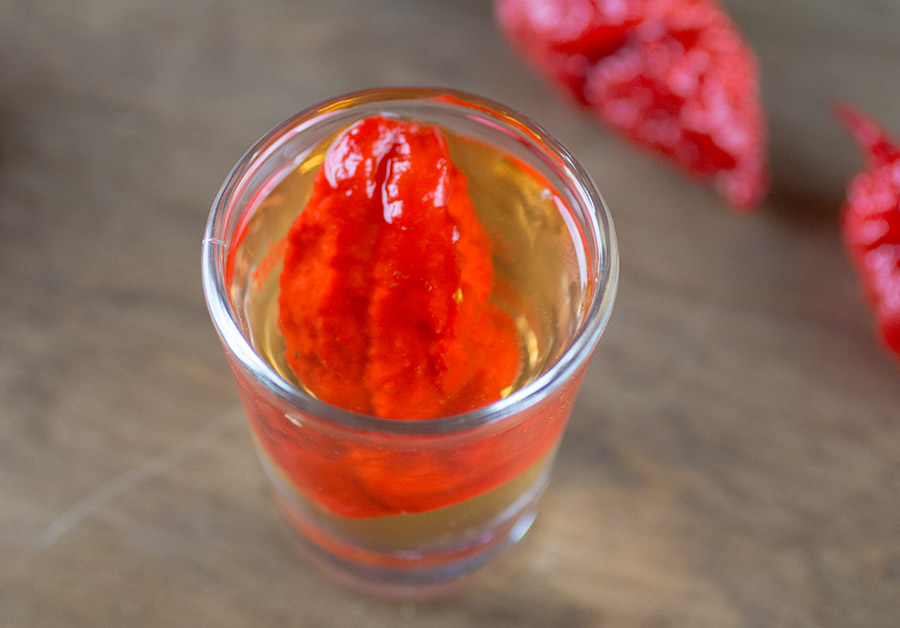 Let it sit in the glass a bit longer to get even MORE of that Scorpion heat.