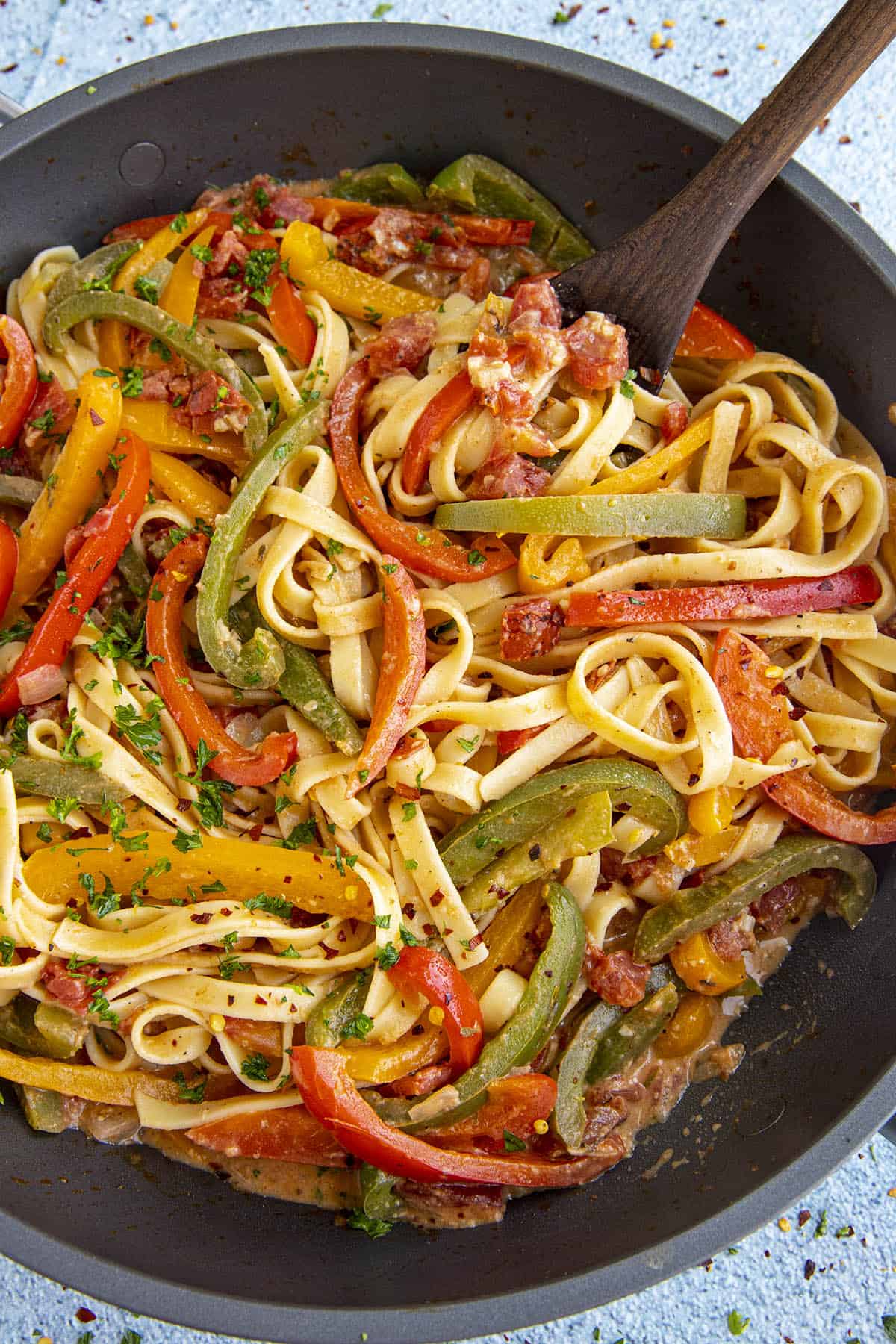 It's pasta time, my friends. Today we're cooking up a pasta you've likely never tried before, something unique, colorful, and HUGE on flavor. It's a bit of a mashup recipe, coming straight out of Jamaica, an inspired spin on an Italian favorite from the perspective of the Caribbean.

It's called "Rasta Pasta", and you're going to love it!

What is Rasta Pasta?

Rasta Pasta is a colorful pasta dish made with a variety of bell peppers, creamy sauce and Caribbean seasonings, inspired by an original Italian recipe, but made with more traditional Jamaican ingredients. Because of its unique and enticing flavor, it has gained popularity worldwide, and you can find it on menus all over the world.

The name "Rasta" refers to "Rastafarianism", the powerful social movement developed in Jamaica in the 1930s. It is usually served as a vegetarian dish, as Rastafarians do not eat shellfish or meat, but many non-Rastafarian cooks add a protein to round out the meal.

Jerk chicken or shrimp are the most popular, each bringing its own character to the finished dish, though oxtail is a popular addition as well. 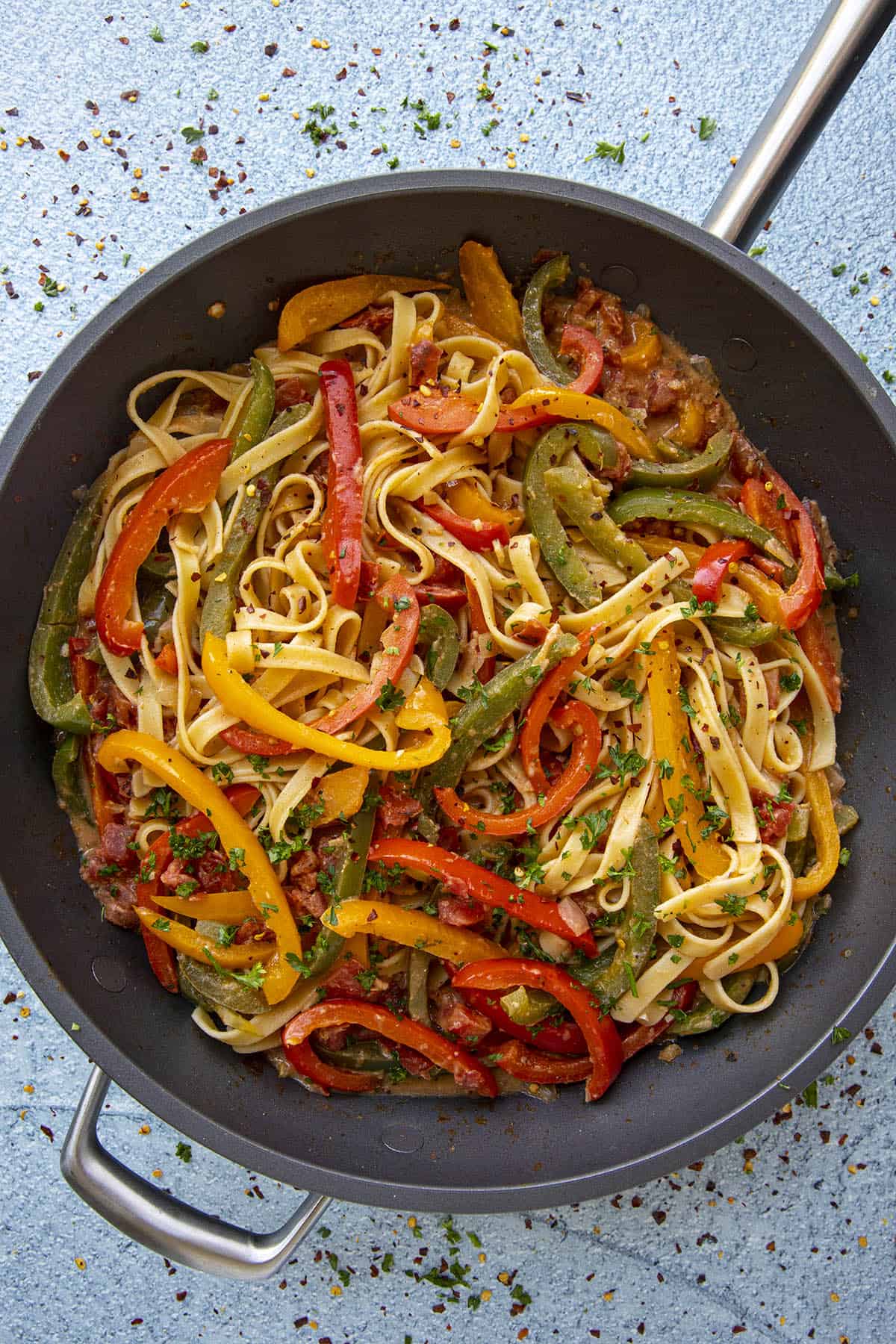 The Origin of Rasta Pasta

Where did Rasta Pasta come from? While many Jamaican chefs claim to have invented this classic dish, one popular story is that a chef served a mix of tomato sauce and cheese sauce thickened with coconut milk over a bed of fettuccini to a group of guests.

The guests quickly drew comparisons of the textures and colors of the dish to Jamaican culture, noting the colorful bell peppers represented the colors of Rastafarianism, and the shapes of the noodles representing dreadlocks.

It has been added to menus ever since and has only grown in popularity. You can find it increasingly in restaurants, but it's so much more fun to make at home.

Let's discuss how to make rasta pasta, shall we? This is my version. 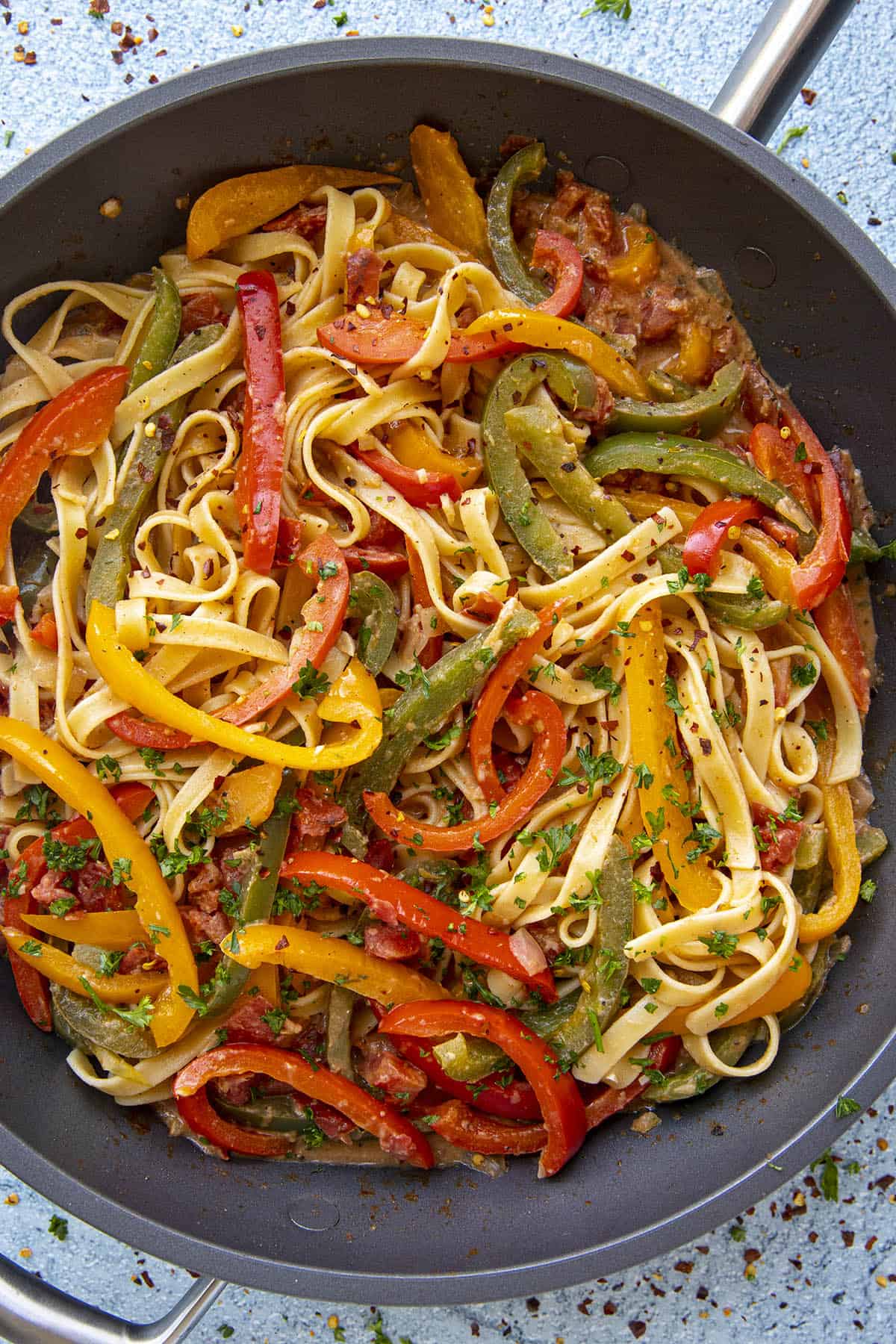 How to Make Rasta Pasta - the Recipe Method

First, heat 2 tablespoons olive oil in a large pan and add the onion and peppers. Cook them down about 5 minutes to soften. Add the garlic and 1 tablespoon Jamaican jerk seasoning. Cook for 1 minute, stirring.

Isn't it nice and colorful? 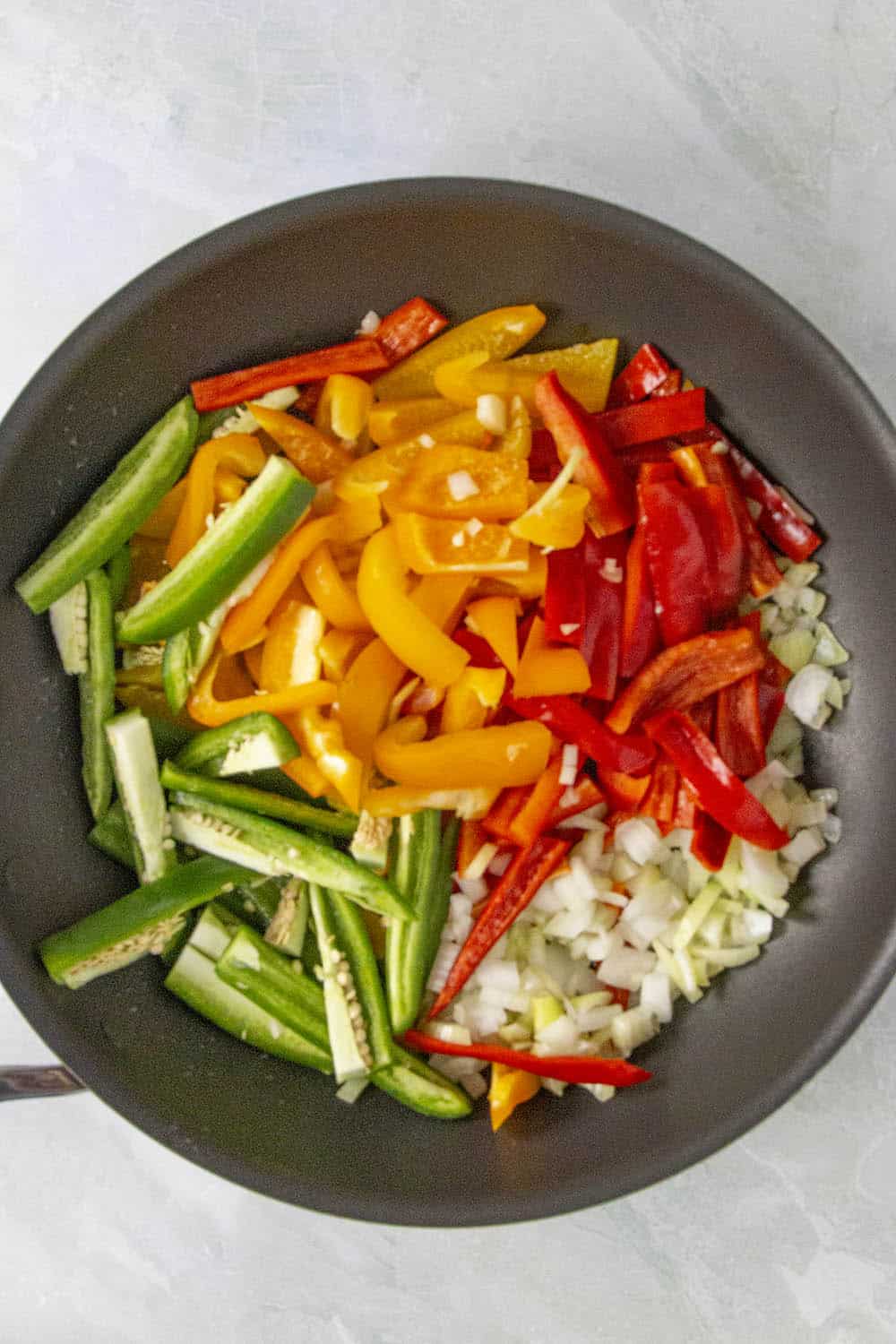 Add the coconut milk and simmer for 5 minutes to thicken up. If it get too thick, swirl in a few tablespoons of water or chicken stock, or use a bit of reserved pasta water. 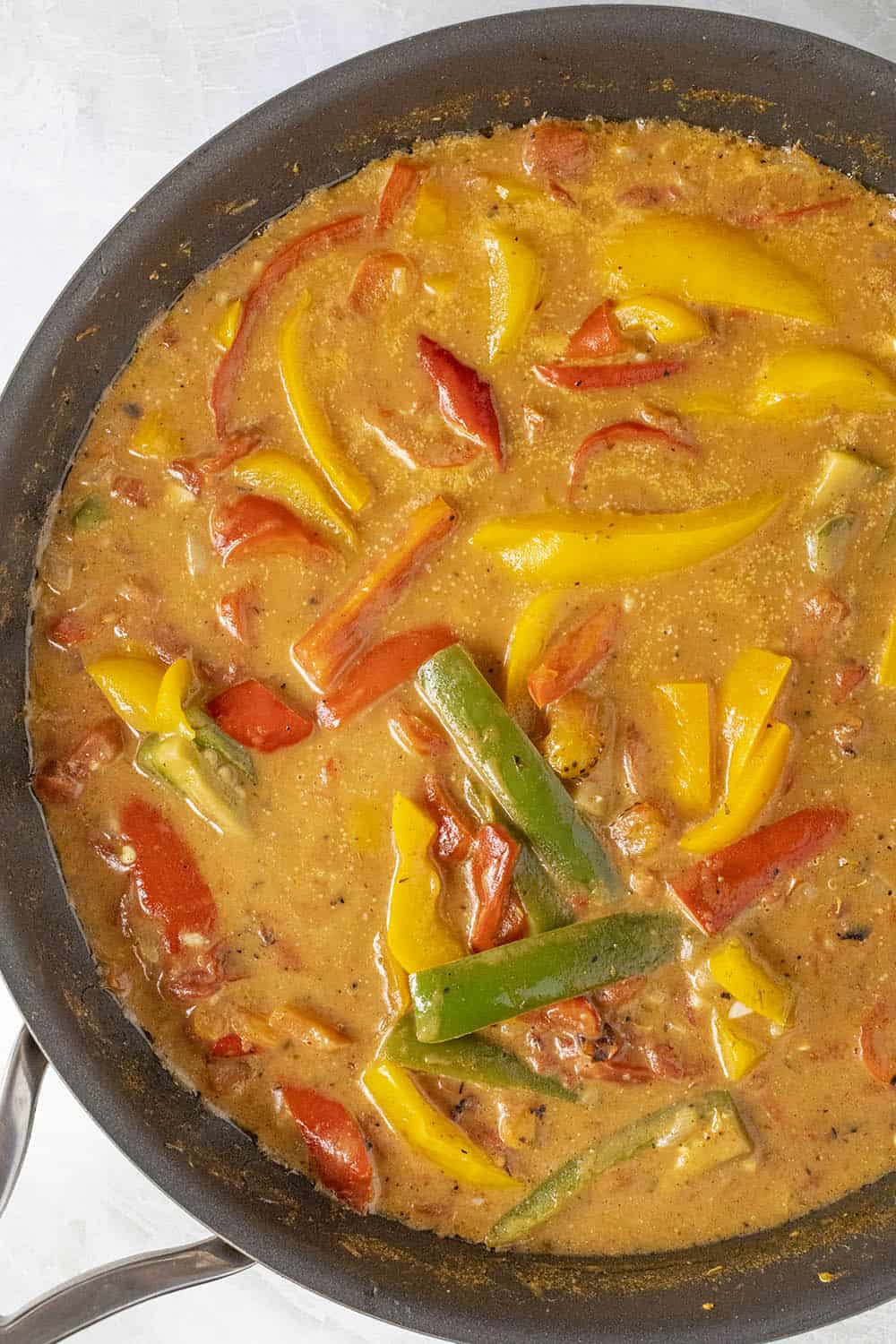 Stir in the Parmesan cheese and remove from heat for delicious creamy pasta.

While the Rasta Pasta is simmering, cook the fettuccine noodles in a large pot according to the package instructions to al dente. Drain and toss with the sauce. It is so rich and creamy at this point. Already delicious and full of flavor. 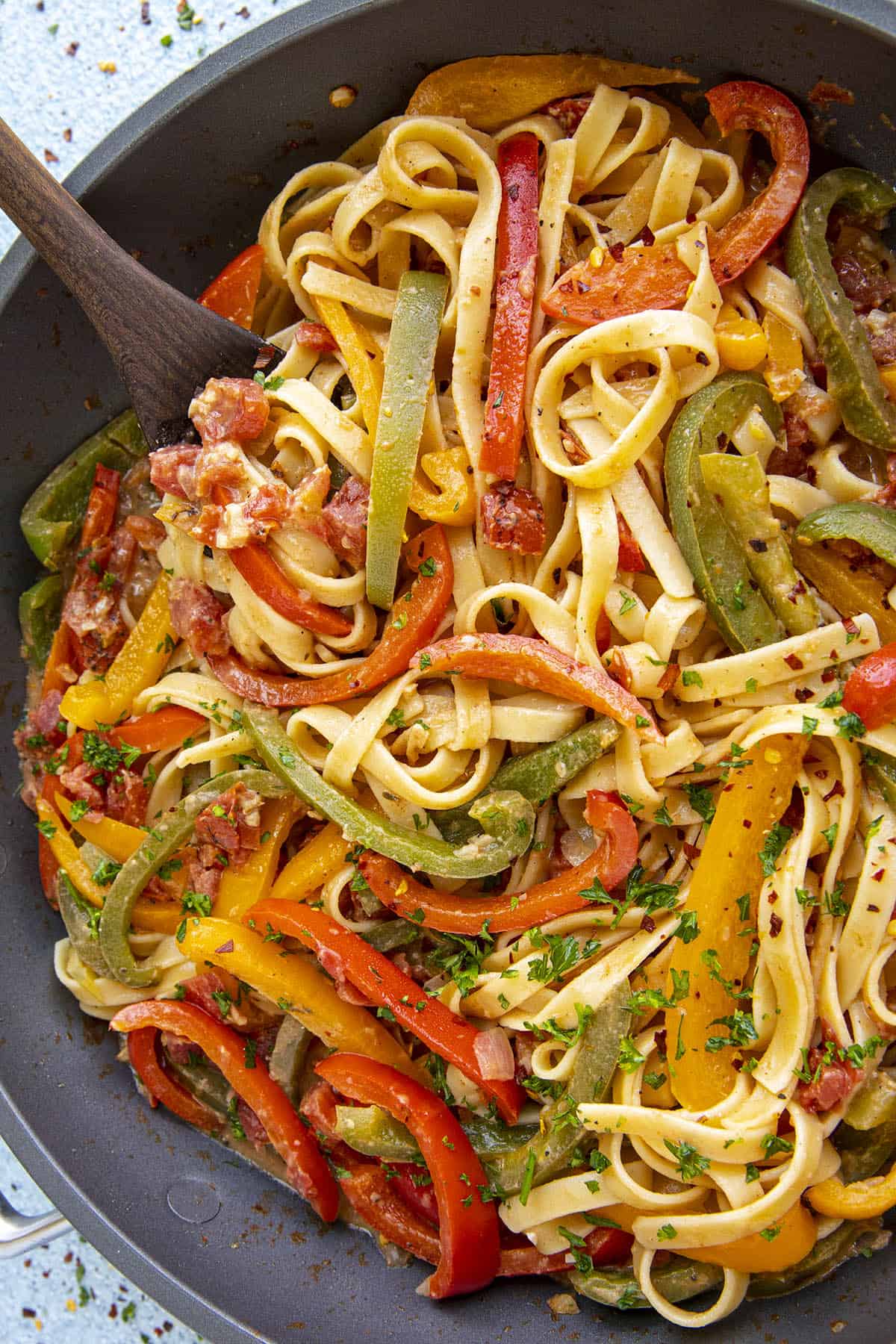 Boom! Done! Looks wonderful, doesn't it? So colorful. I could eat rasta pasta every day! 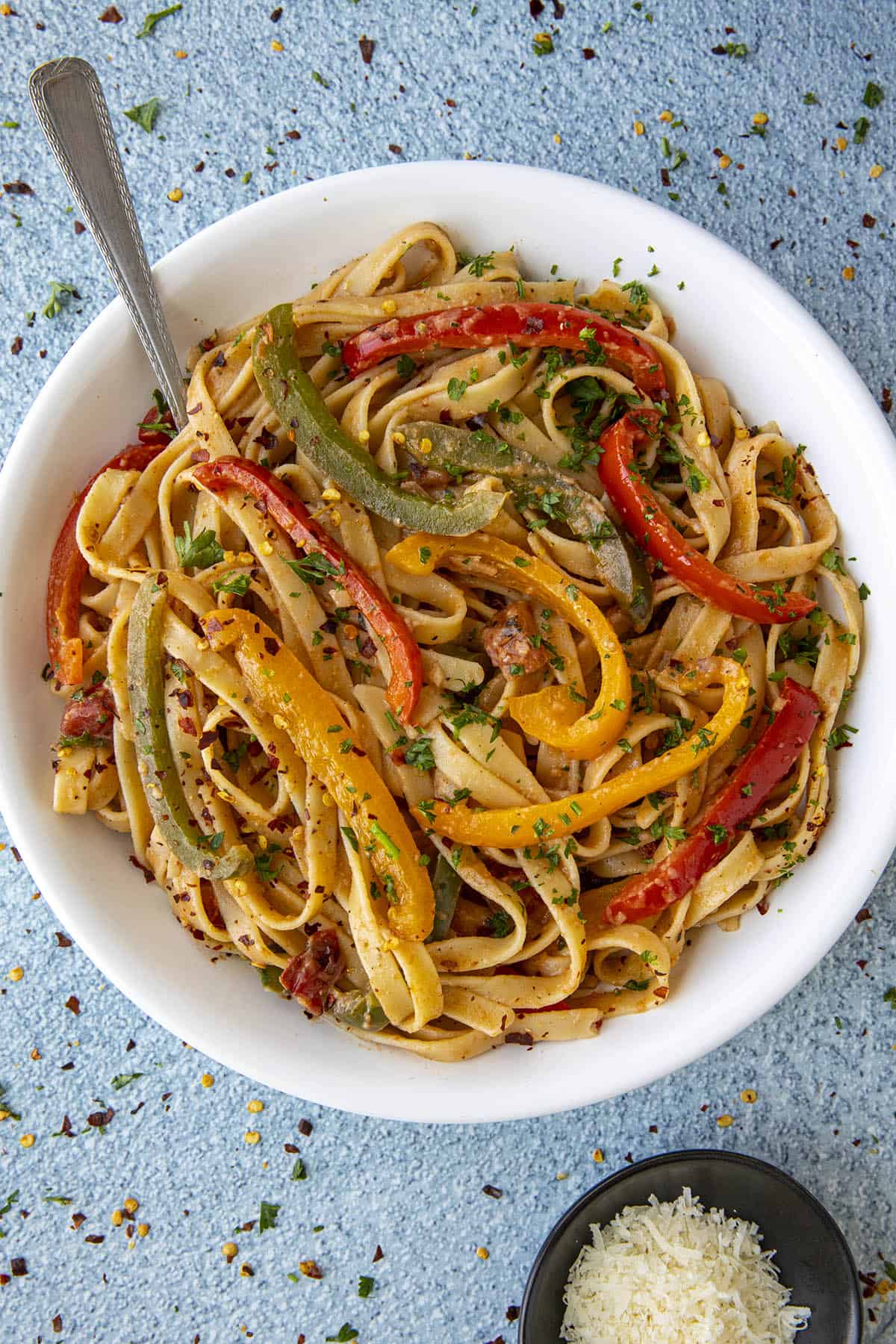 If you’d like to learn more about Jamaican cooking, check out the following books, which I have found to be educational and informative:

Try Some of My Other Popular Spicy Pasta Recipes

Try These Other Jamaican Recipes 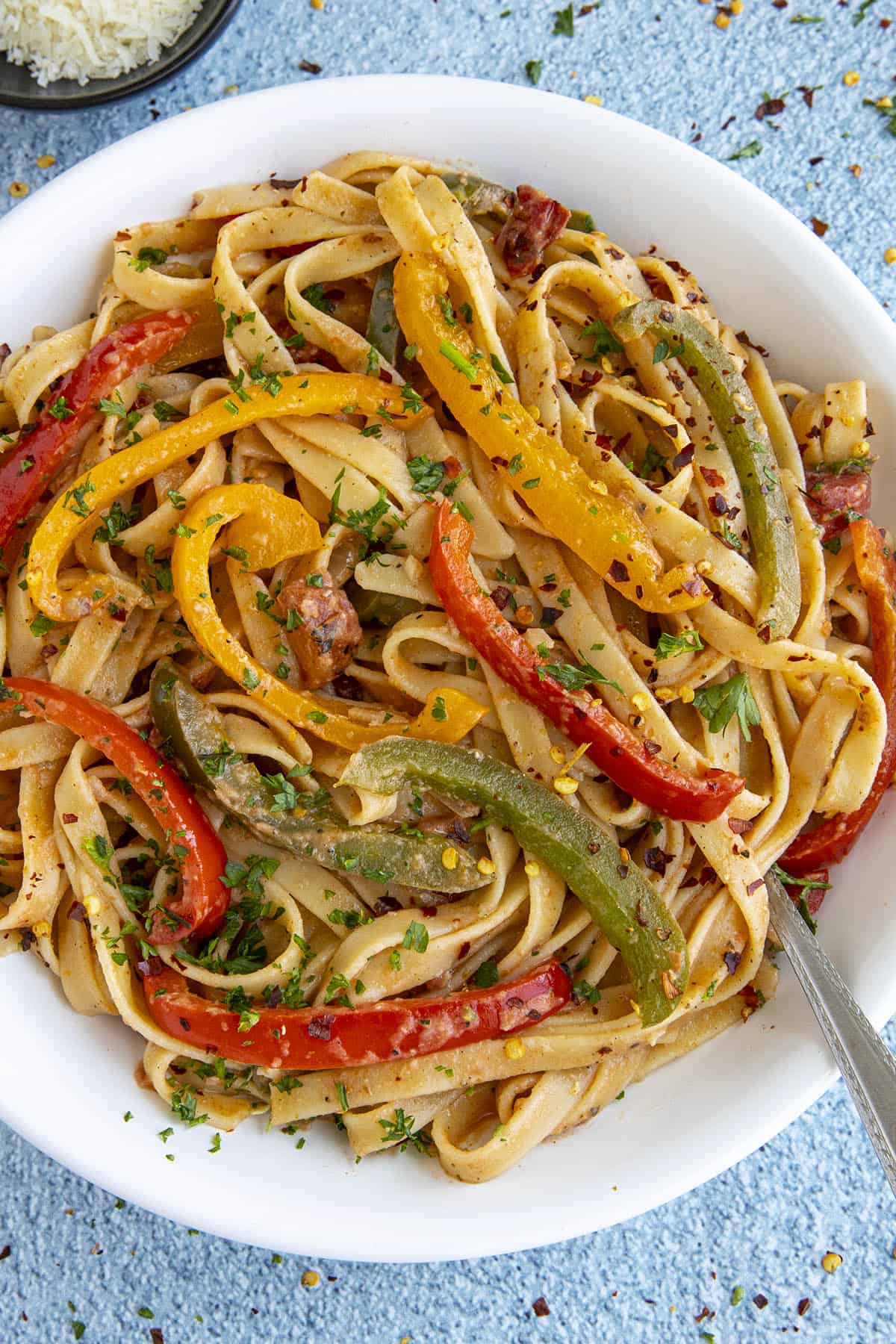 Got any questions? Ask away! I’m happy to help. If you enjoy this recipe, I hope you’ll leave a comment with some STARS. Also, please share it on social media. Don’t forget to tag us at #ChiliPepperMadness. I’ll be sure to share! Thanks! — Mike H. 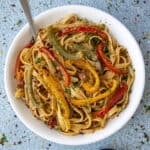 Did You Enjoy This Recipe?I love hearing how you like it and how you made it your own. Leave a comment below and tag @ChiliPepperMadness on social media.

NOTE: This recipe was updated on 9/17/21 to include new information, photos and video. It was originally published on 10/21/19.