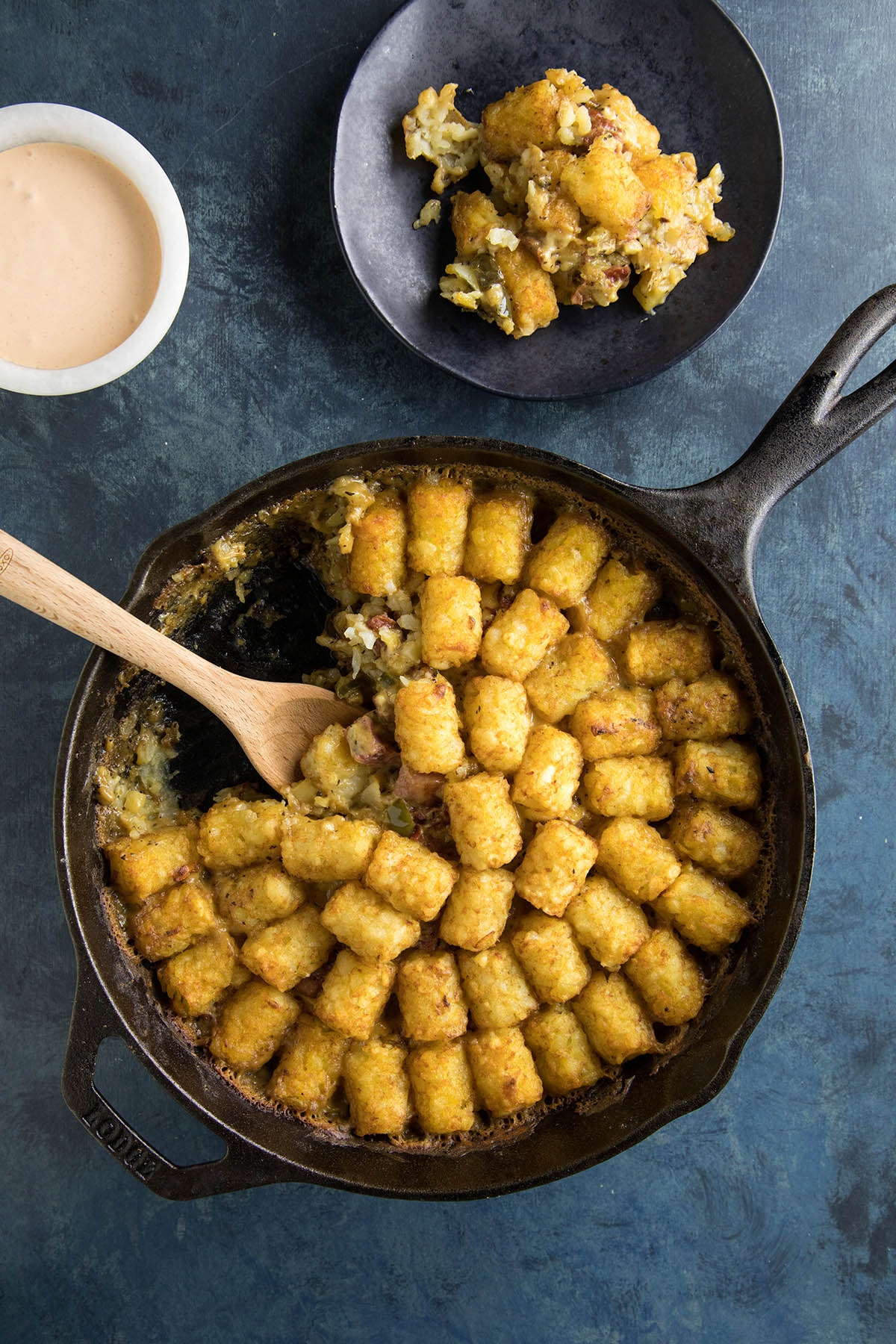 Hotdish recipes are all the rage right now. I’m seeing them everywhere. One even popped up in my latest issue of Bon Appetit Magazine. No complaints here. They’re freaking DELISH!

No apologies for liking them.

What exactly is a hotdish? And WHY is it only one word? A “hotdish” is basically a casserole. I’ve seen people say, “well, a hotdish uses more red meats, where a casserole typically uses lighter meats, like tuna and such…” POSH. It’s a casserole, people!

It’s mostly a Minnesota thing, where it originated, though you’ll find it all over the Midwest of America. I grew up Midwest and we just called it a casserole, but names are unimportant, as this is a recipe that you totally NEED in your life.

And no, I still don’t know why “hotdish” is only one word. 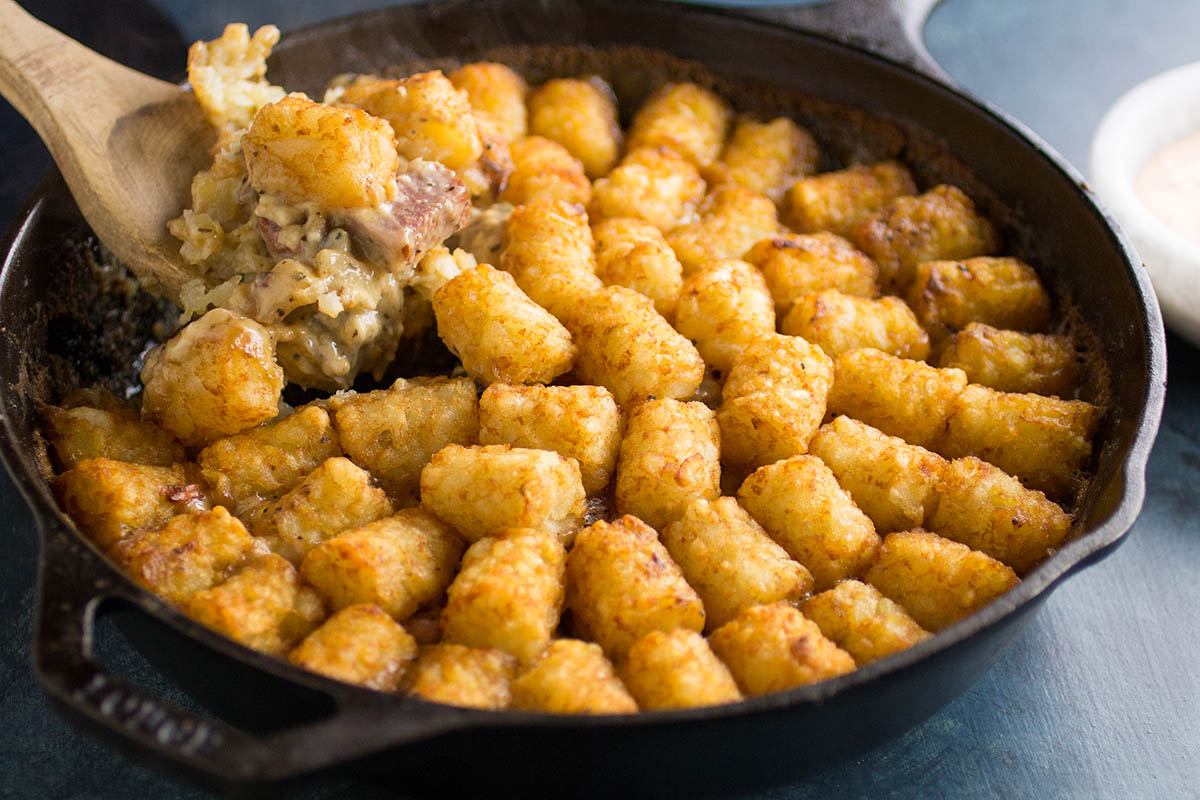 A hotdish is basically a casserole made with a starch (usually potatoes), a meat, and a gravy of some sort, usually in the form of canned soup. They’re easy to make and rather hearty, which is probably why people love them so much.

This version skips the canned stuff and works with only fresh ingredients. I am using the leftover corned beef I had from my Pressure Cooker Corned Beef Recipe. I LOVE having leftovers, mostly for awesome sandwiches or hash, but it totally ROCKS in this recipe. Seriously!

Let’s talk about how we make our Corned Beef Tater Tot Hotdish.

First! You’ll cook down your onions, peppers, celery, potato, and garlic in a hot pan with a bit of butter. Like so… 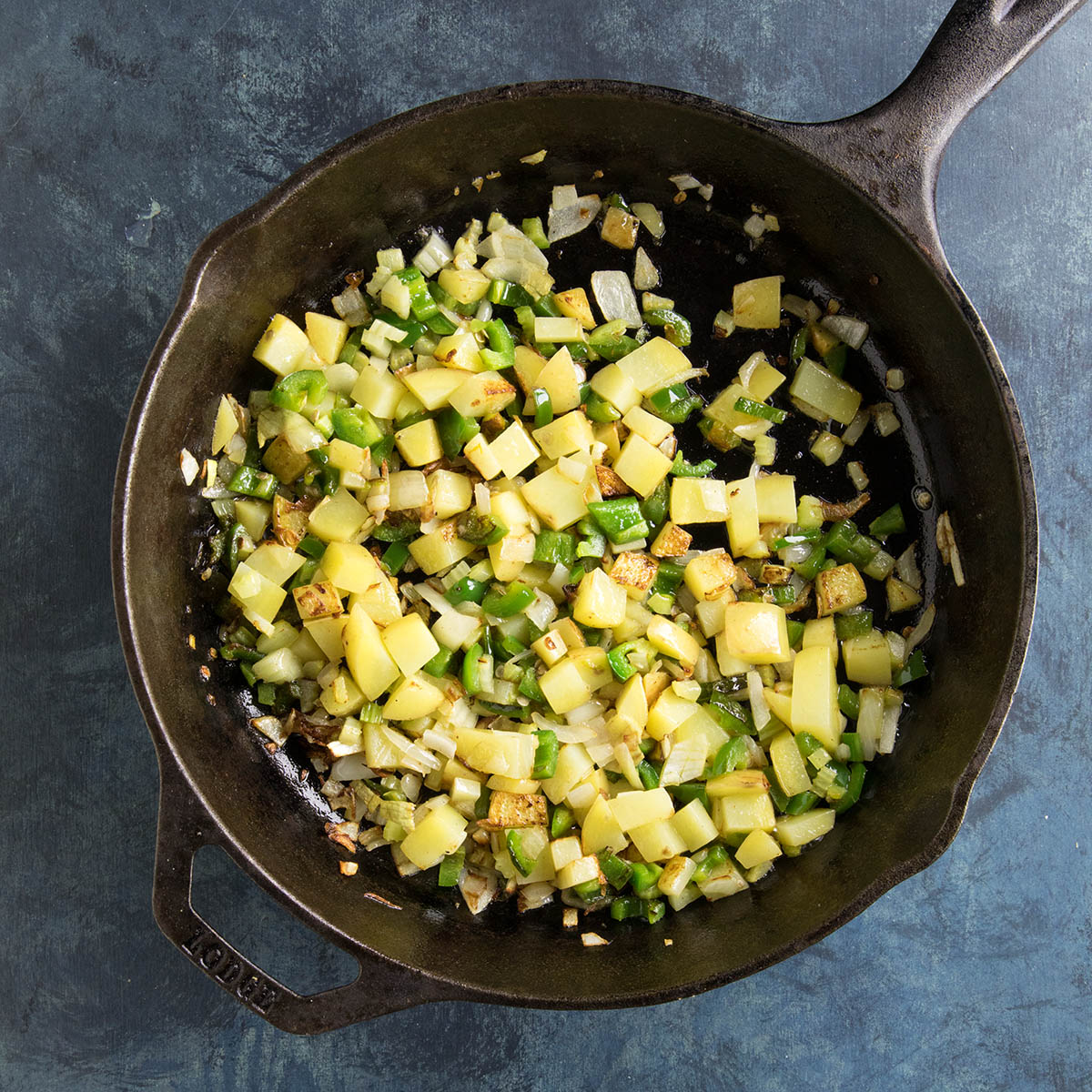 Pour in chicken stock and your seasonings and stir, cooking, until it thickens up and forms your gravy. 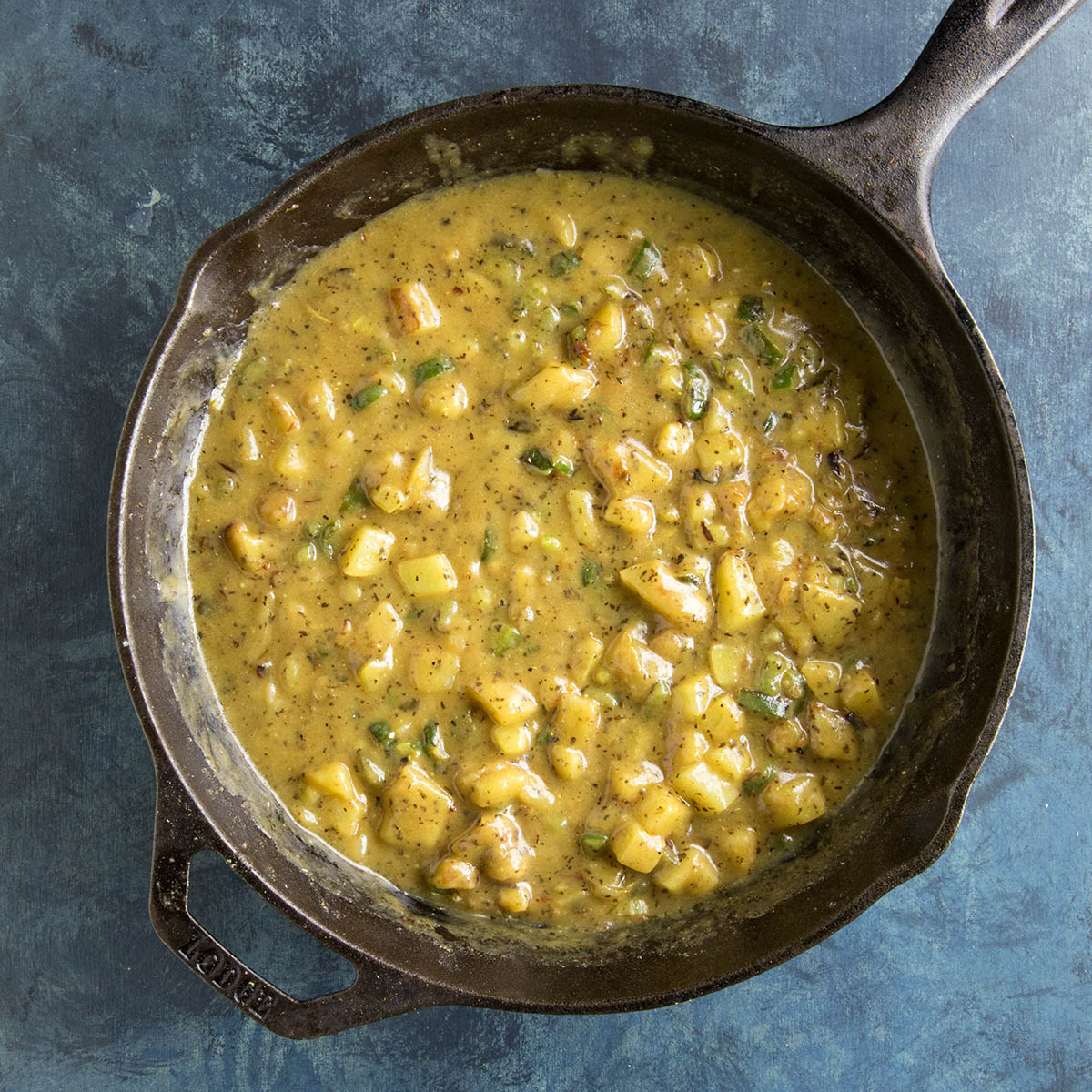 Next, stir in the cooked corned beef and crema or sour cream. Heavy cream is more traditional, or you can use milk, but this dish is already quite thick and decadent, so I like to go just a tad lighter on it. 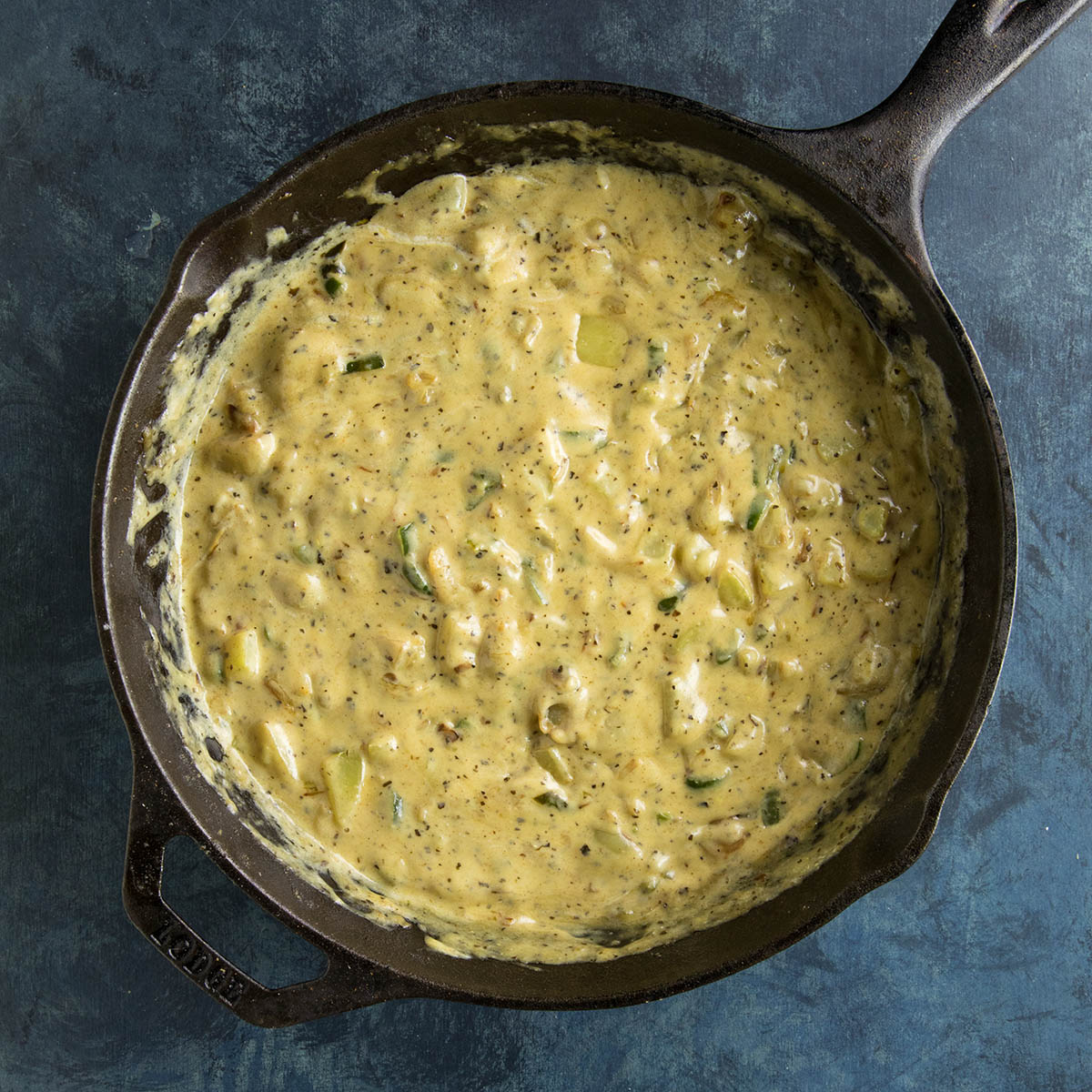 Top that baby with cheese!

I used a smoked Swiss cheese that I found at the store specifically for this recipe, as I wanted a smoky element, but a nice white cheddar would be great here. 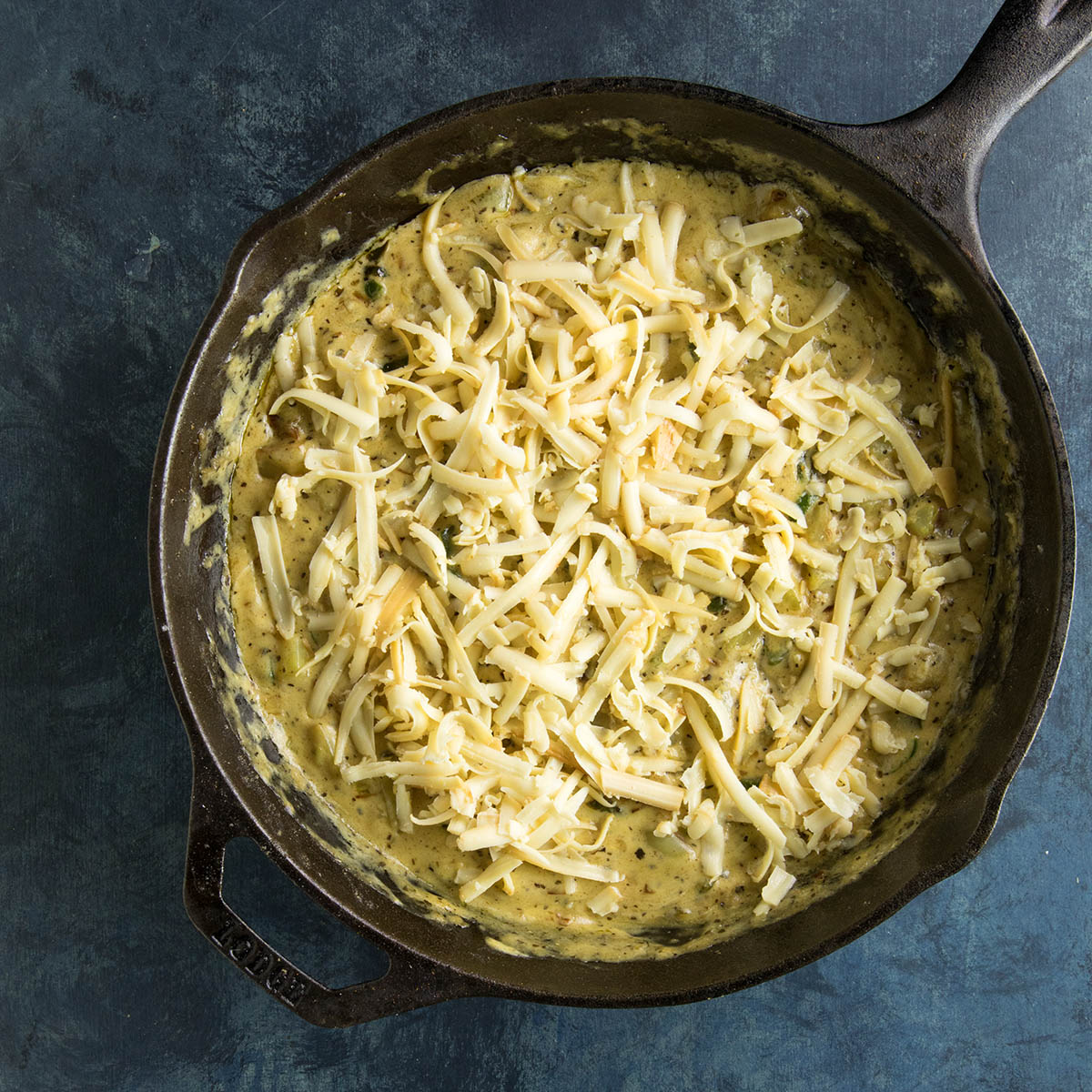 Next, layer on your tater tots. You’ll want to cover the entire top. 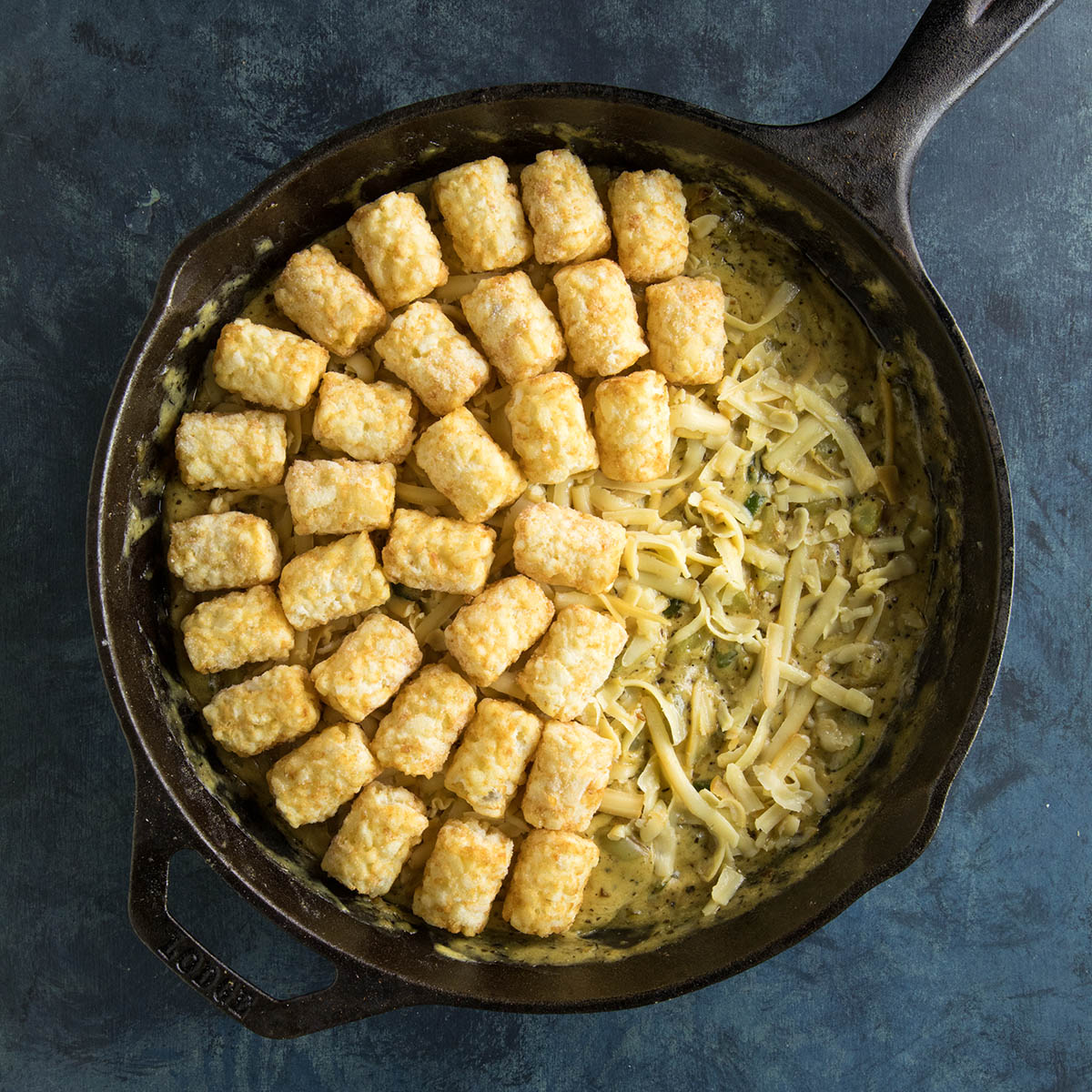 I’m only half way done there. OBVS.

Next, bake the whole thing at 425 degrees F for about 20 minutes or so, until the tater tots are nice and golden brown. It might take a bit longer, so keep an eye on it toward the end of the cooking time. 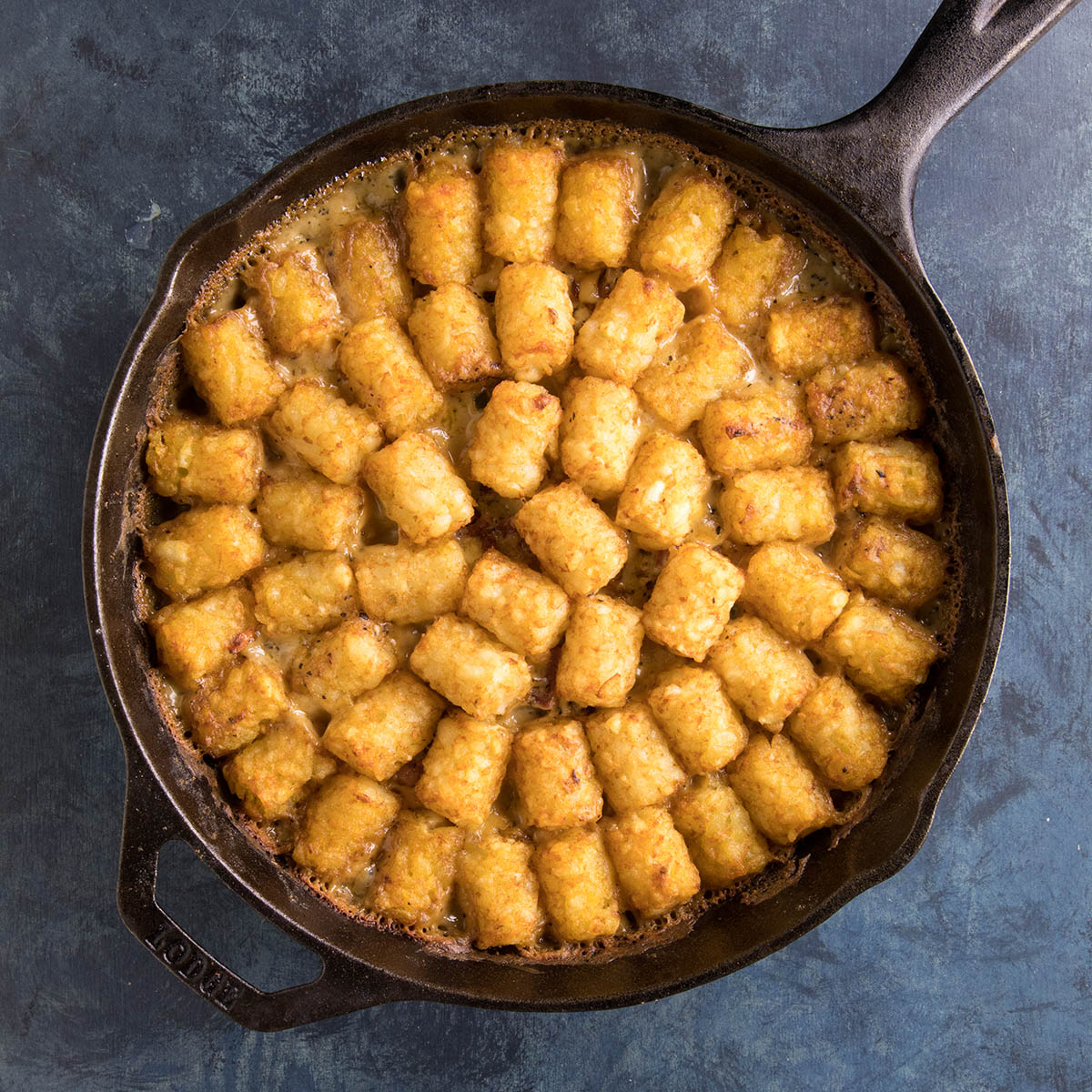 Can we just dig into this, please? CRAVE.

Don’t forget to take a photo for Instagram. Tag me: #ChiliPepperMadness 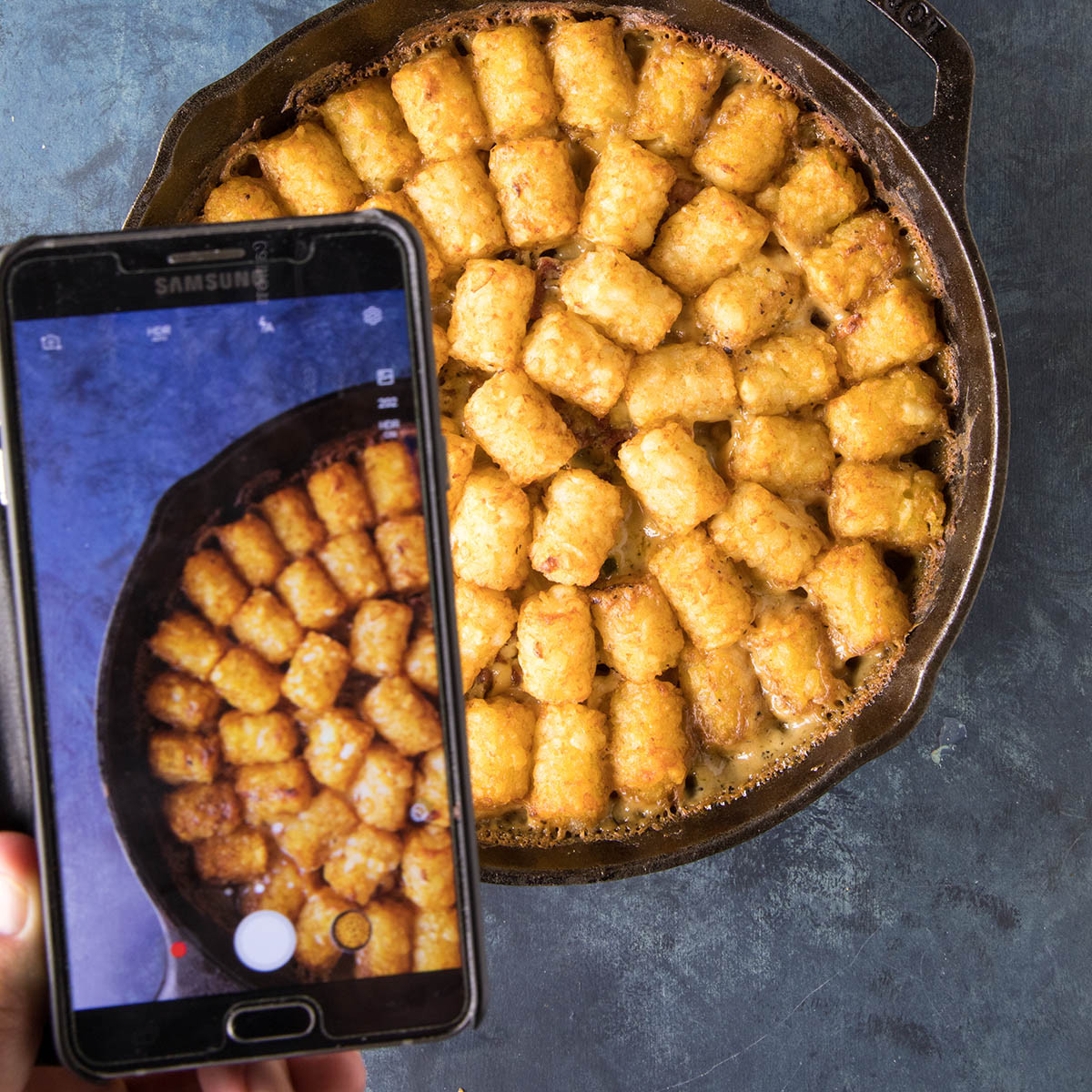 It really is delicious, my friends, totally up our Midwestern alley, if not rather decadent, I must admit. It’s a special occasion, though. We have corned beef on hand! We need this!

Dig in! Let me know if you make it and how you like it. Send pics! I hope you enjoy it. — Mike H. 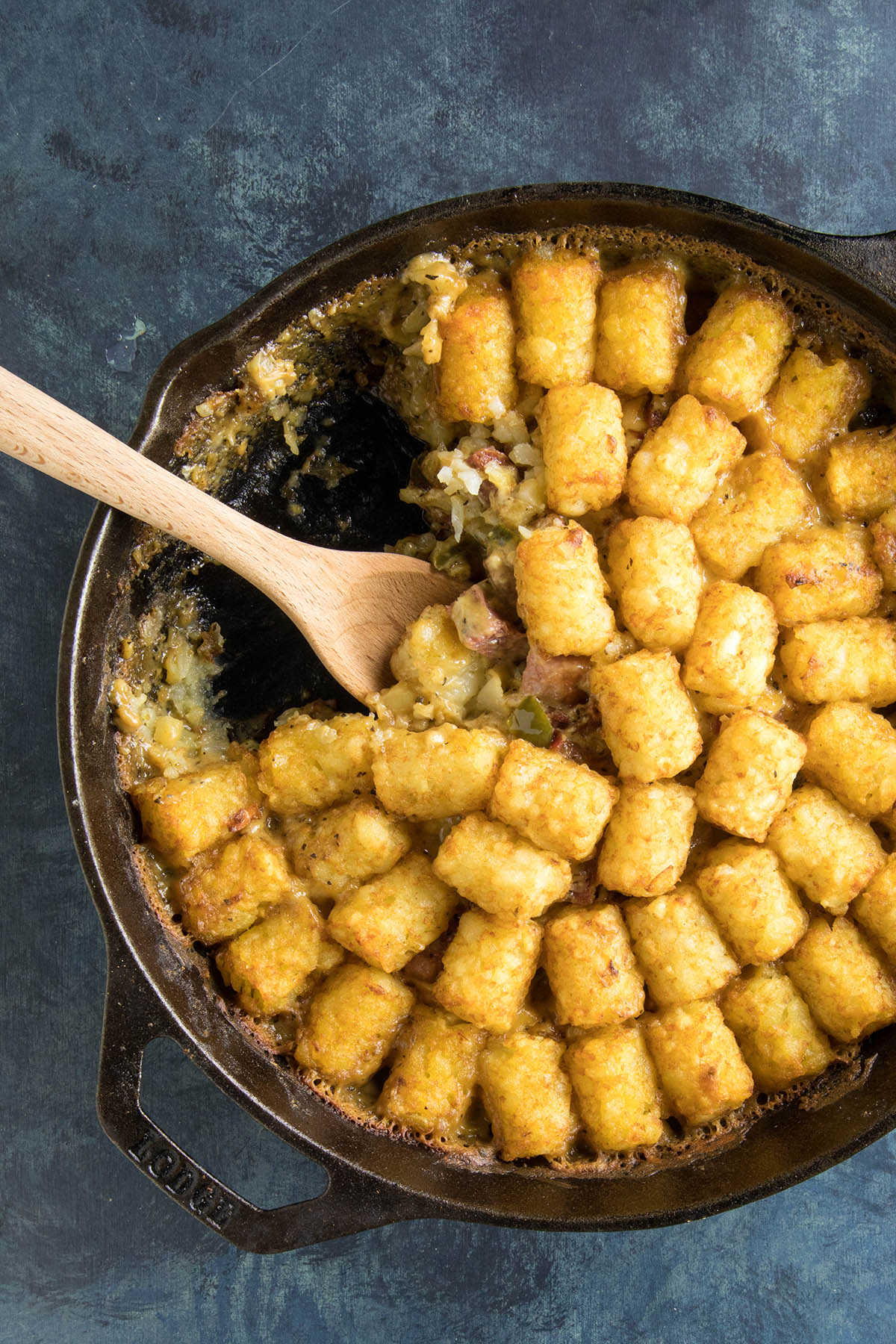 Try Some of My Other Popular Similar Recipes

Or Try These Recipes for Preparing Your Corned Beef