Pepperoncini Vs. Banana Pepper: a Comparison 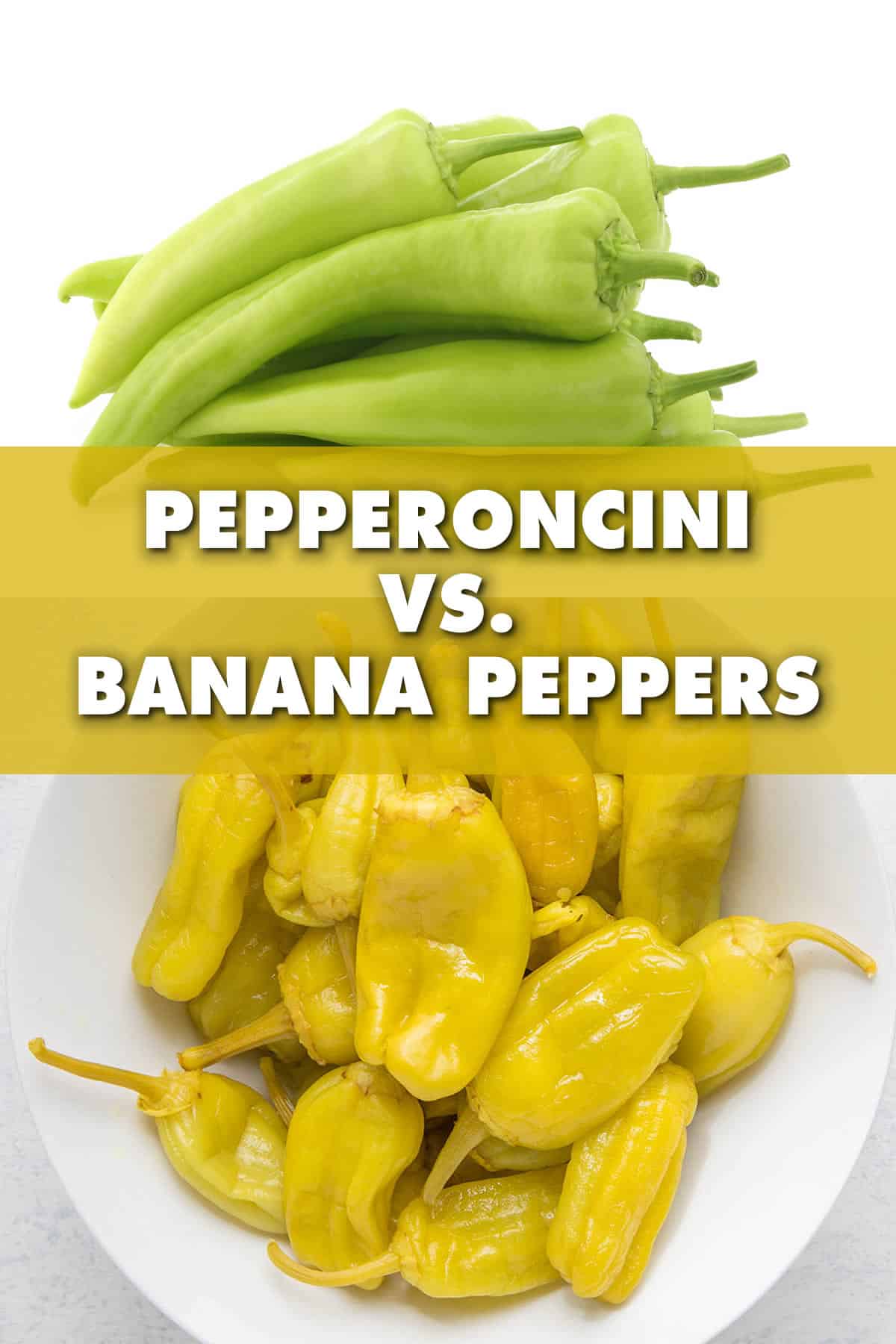 Pepperoncinis and banana peppers are very similar in many ways, but looking deeper, you’ll notice they are not the same pepper. Let’s explore the differences and similarities.

There are many pods in the world of chili peppers that look alike, and two of the most commonly compared peppers are the pepperoncini and banana pepper. These two peppers are often confused for one another, and rightly so.

The peppers look very much alike, with yellow-green waxy skin, and you’ll often find them in grocery stores in pickled form, though you can sometimes find them fresh.

They are also quite similar in mild-tangy flavor and heat, which only adds to the confusion, and both belong to the same chili pepper family – capsicum annuum. When you really look at them, and taste them, however, you’ll notice a number of obvious differences. Let’s discuss.

What’s the Difference Between a Banana Pepper and a Pepperoncini?

Banana peppers and pepperoncini peppers differ in three very distinct ways: Heat, Appearance, and Flavor. Both peppers measure up to 500 Scoville Heat Units on the Scoville Scale, but some banana peppers can have no heat, whereas the mildest pepperoncinis will still have just a touch of heat. Their skins and flesh thickness are different, with banana peppers being a bit more wrinkly and with more of a pointy end.

This means that even though the hottest of each pepper tasted side by side will have the same heat, the mildest banana pepper will still be milder in heat than the mildest pepperoncini.

Pepperoncini Vs. Banana Pepper in Appearance

Comparing the fresh pods with one another, you’ll notice both peppers are about the same size and color. The biggest differences involve the skin and pepper shape.

While these peppers do have very similar flavors and are nearly indistinguishable when pickled, both fresh pods lean towards “sweet” in flavor, but pepperoncinis are not quite as sweet. In fact, some people note a twinge of bitterness in them. They do, however, tend to be juicier.

In terms of cooking with each pepper, you can use the pickled forms interchangeably. Both will offer a tangy crunch factor and can add zip to anything from charcuterie boards to topping pizza, sandwiches, tacos and nachos to snacking on them whole.

For the fresh pods, banana peppers are better for stuffing because of their thicker walls. Pepperoncinis lend themselves more to chopping and eating either raw or cooked into dishes.

Try Some of These Pepperoncini Recipes

For Further Information and Resources

If you have any questions, feel free to contact me anytime.