Old Bay Seasoning: Recipe, Substitutes & All About It 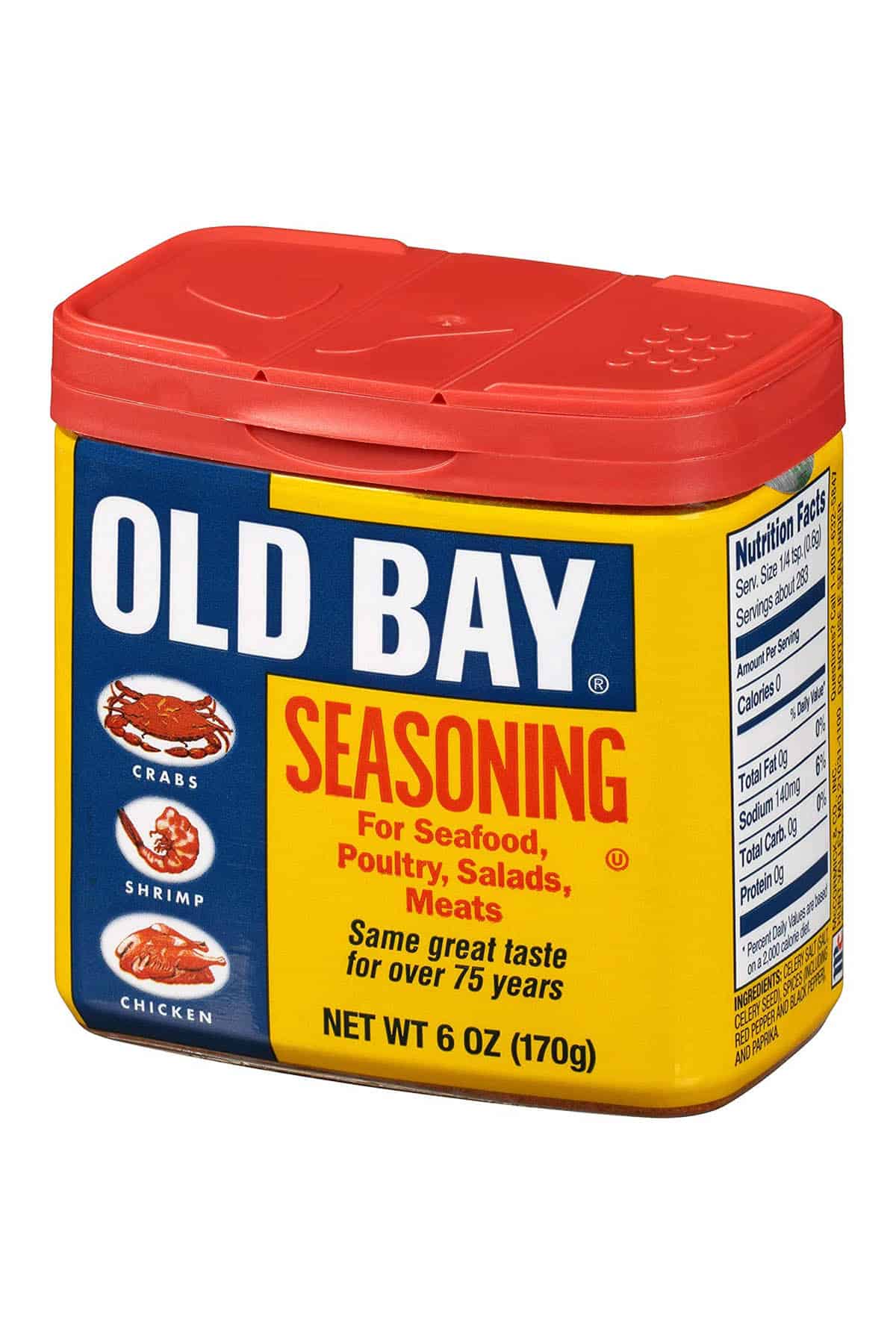 Old Bay Seasoning is a popular blend of 18 herbs and spices produced in Maryland and sold by McCormick & Company. Learn how to make your own version, plus good substitutes and history of the blend.

The most famous and authoritative seafood spice, more commonly known as the Old Bay Seasoning, holds a spot in spice stands not only in the Maryland region but also all around the United States. Since 2010, its prominence has grown as those outside the Old-Line State discover the wonderful flavor of this seasoning blend.

Marketed by McCormick & Company in the United States, the renowned flavor mix called Old Bay Seasoning initially came to Baltimore in 1939 when zest dealer Gustav Brunn had barely gotten away from Nazi Germany and cruised to the United States. By making use of a tiny flavor processor that he brought from his nation of origin, Brunn consolidated 18 flavors and herbs to make the now eminent formula known as Old Bay Seasoning. Despite the fact that it was initially branded “Delightful Brand Shrimp and Crab Seasoning” (how direct is that?), he later renamed his blend after a steamship line that ventured to every part of the Chesapeake around Maryland and Virginia.

What is Old Bay Seasoning Made Of?

The seasoning blend incorporates celery salt, black pepper, crushed red pepper flakes, and paprika, as well as other ingredients. It is famous in many regions, the most popular ones being Maryland, the Mid-Atlantic States, the Southern States, and parts of New England and the Gulf Coast.

Many often wonder what exactly the Old Bay Seasoning is made of, but just like the Colonel’s top-secret formula of seasoning his chicken, the secret behind Old Bay’s seasoning is extremely guarded and not many are aware of the exact ingredients of its commended flavor mix. It is known that there are 14 remaining classified ingredients that make Old Bay Seasoning the amazing spice that it is.

Nobody outside of Old Bay knows exactly what the remaining ingredients are, yet many copycats have endeavored to figure out the flavoring code, which has usually ended with kitchen sleuths recommending a mix of celery salt, mustard, pepper, cloves, pimento, ginger, mace, cardamom, cinnamon, and paprika.

Old Bay’s intrigue lies in its combination of sweet paprika, dried mustard, and changing measures of celery seed, salt, dark pepper, garlic powder, and other undisclosed flavors. The flavoring adheres to the shells and flavors the meat with a tangy zest that waits on your tongue and lips and turns your fingers red-orange.

What is Old Bay Seasoning Used For?

What Are the Best Substitutes for Old Bay Seasoning?

The best alternatives for Old Bay Seasoning include:

Cajun seasoning is an extraordinary Old Bay flavoring substitute. Pretty much the same as the latter, albeit normally spicier, Cajun seasoning blends are commonly more generally accessible. Contingent upon your degree of spice resistance, you might want to be careful when it comes to substituting. Cajun flavors can go from mellow to amazingly hot.

There are numerous brands of seasoned salt in most grocery stores. They won’t necessarily compare to the taste of Old Bay, however, they often deliver a complex mix of seasonings that may approach what you’re looking for.

Or, make your own.

Make Your Own Old Bay Seasoning

Making your own special blend of Old Bay Seasoning to add your own magic to your food is the best alternative for any food-lover. All you need to do to make your own seasoning is mix the following:

Use these ingredients as a good substitute for Old Bay Seasoning when you've run out and need some in a pinch.

Where Can I Buy Old Bay Seasoning

You can find the blend at most grocery stores, or purchase Old Bay Online at Amazon (affiliate link, my friends). I hope you enjoy it!