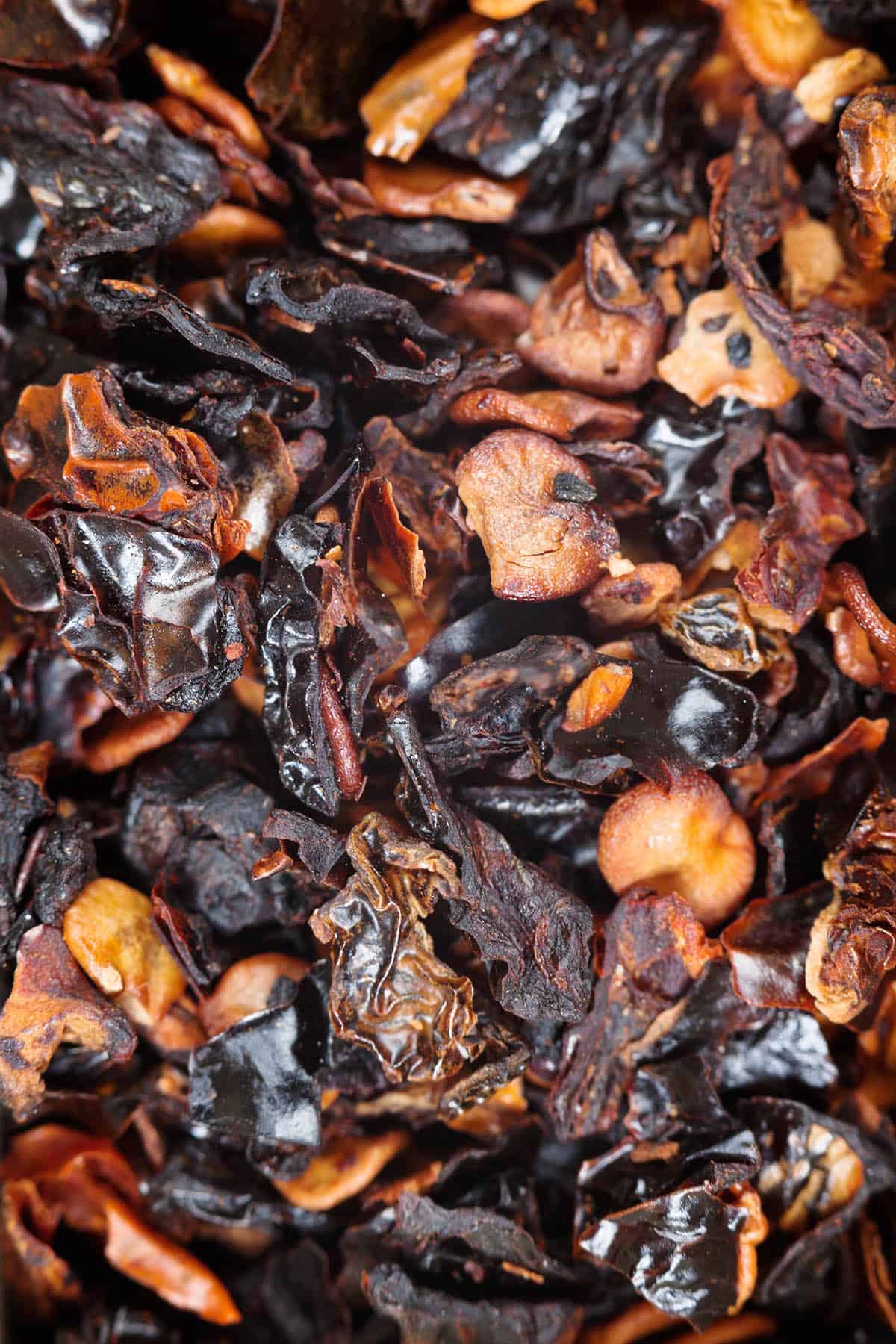 The cascabel pepper is a Mexican chili pepper famous for its “rattle” and “bell” sounds when the dried pods are shaken, caused by loose seeds within. Learn more about them.

Mexico is well known for its chili pepper selections, both fresh and dried varieties, which are incorporated into all manner of wonderful dishes. Chili peppers are a way of life in Mexico, providing flavor and sustenance, but also inspiration and art.

One such famous pepper from Mexico is the popular Cascabel Pepper. The name “cascabel” means “little bell” or “sleigh bell” or “rattle” in Spanish, because of the dried pods distinctive rattling sounds from the seeds within, which come lose from shaking them.

They are also known by other names, including “chile bola”, which means “ball chili” in Spanish, the “rattle chile” for the distinctive rattling sounds of the dried pods, or guajones.

The Cascabel Pepper is grown in several areas of Mexico. Interestingly, the name “cascabel” applies to both the fresh and dried versions of the peppers, which is rare in Mexico, where most dried peppers have completely different names from their fresh counterparts.

The cascabel pepper is characterized by a slightly smoky flavor with notes of nuttiness. Terms like earthy or nutty certainly apply. With a mild to moderate heat level, the Cascabel is perfect for adding a touch of heat to soups, salsas, stews and sauces. They are mostly consumed dried, and often ground into chili flakes.

How Hot is a Cascabel Pepper?

The Cascabel pepper is a mildly hot chili pepper, ranging from 1,000 to 3,000 Scoville Heat Units on the Scoville Scale. Compared to a typical jalapeno pepper, the hottest of cascabel chilies is roughly equal in heat to your average jalapeno.

Where Can I Buy Cascabel Peppers?

You can find dried cascabels in Mexican grocers, or sometimes in the produce section of some grocery stores, though you may have to ask the store to order them for you. Or, you can resource them online. Buy Cascabel Peppers from Amazon (affiliate link, my friends!).