Pasilla Peppers: All About Them 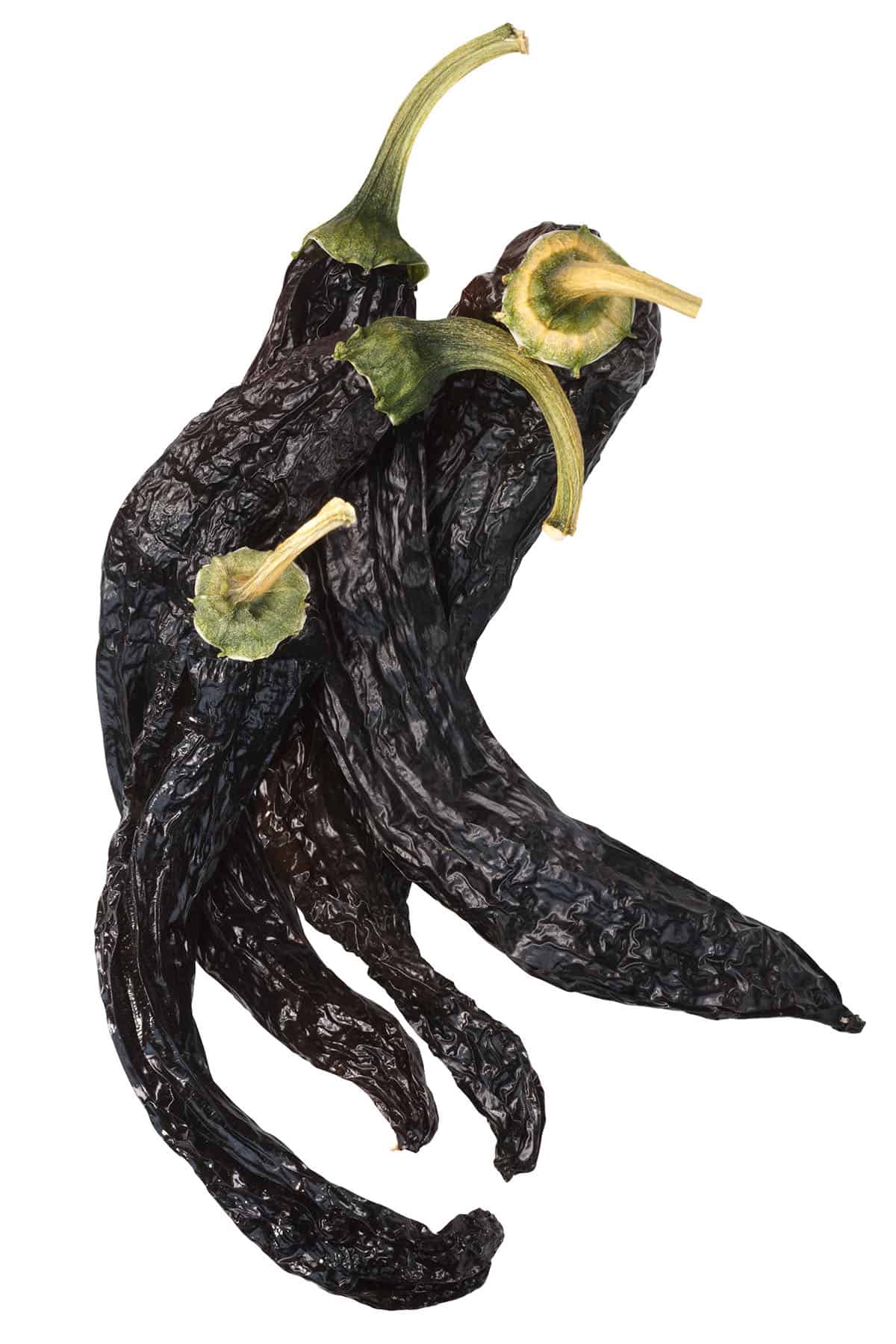 The pasilla pepper is the dried form of the chilaca pepper. The name translates to “little raisin”, and it is also known as pasilla bajio or chile negro. Learn more about them from ChiliPepperMadness.com.

Pasilla (chile pasilla) or “little raisin” properly refers to the dried chilaca pepper, a popular Mexican chili pepper. The chilaca pepper, when fresh, is also known as pasilla bajio, or as the chile negro or “Mexican negro” because, while it starts off dark green, it ends up dark brown in color. It typically grows from 8 to 10 inches long.

Pasilla peppers are very popular in Mexican cuisine and cooking, particularly for making sauces like moles, table sauces and salsas. The peppers are also ground into a powder for similar uses or for use as seasonings. Many peppers in Mexico are dried for culinary purposes, earning an entirely new name because the flavors, characteristics and uses change completely.

The “chile pasilla”, along with ancho peppers and guajillo peppers, are sometimes said to comprise the “holy trinity” of Mexican chile peppers, sometimes along with the dark mulato pepper, though that is a very loose term.

How Hot are Pasilla Peppers?

Pasilla peppers have a bit of a heat range, though they are not overly hot. The peppers range from 250 to 3,999 Scoville Heat Units on the Scoville Scale. Compare this to the popular jalapeno pepper, which averages about 5,000 SHU, and you’ll find the pasilla pepper ranges from 20 to 1.25 times milder. Most are not very hot, though you’ll get some with respectable heat.

The pasilla pepper should not be confused with the ancho pepper, another hugely popular dried Mexican chili pepper. The ancho is the dried version of the poblano pepper that growers and grocers frequently mislabel as the pasilla in the United States. The darker anchos are also sometimes known as chile negro – thus generating much confusion – but they are not the same as the pasilla peppers.

Featuring a rich smoky taste and earthy flavor, the pasilla often turns up in dried whole form or as a powder in Mexican salsas as well as in mole sauces and adobo sauces. The pasilla can even create an interesting twist in the flavor and appearance of the standard red chili enchilada sauce. It is also a favorite in combination with fruits or accompanying duck, seafood, lamb, mushrooms, garlic, fennel, honey or oregano.

Learn More About These Other Mexican Peppers

Where Can I Buy Pasilla Peppers?

Pasilla peppers can often be found at local grocery stores near the fresh produce section or in the Mexican section, if they have one. You can also find them at local Mexican grocers.

Or, buy pasilla peppers at Amazon (affiliate link, my friends).