The chilaca pepper is a dark green, curvy, mildly hot pepper that is an important part of Mexican cuisine. When dried, it is called the chile negro or pasilla pepper. 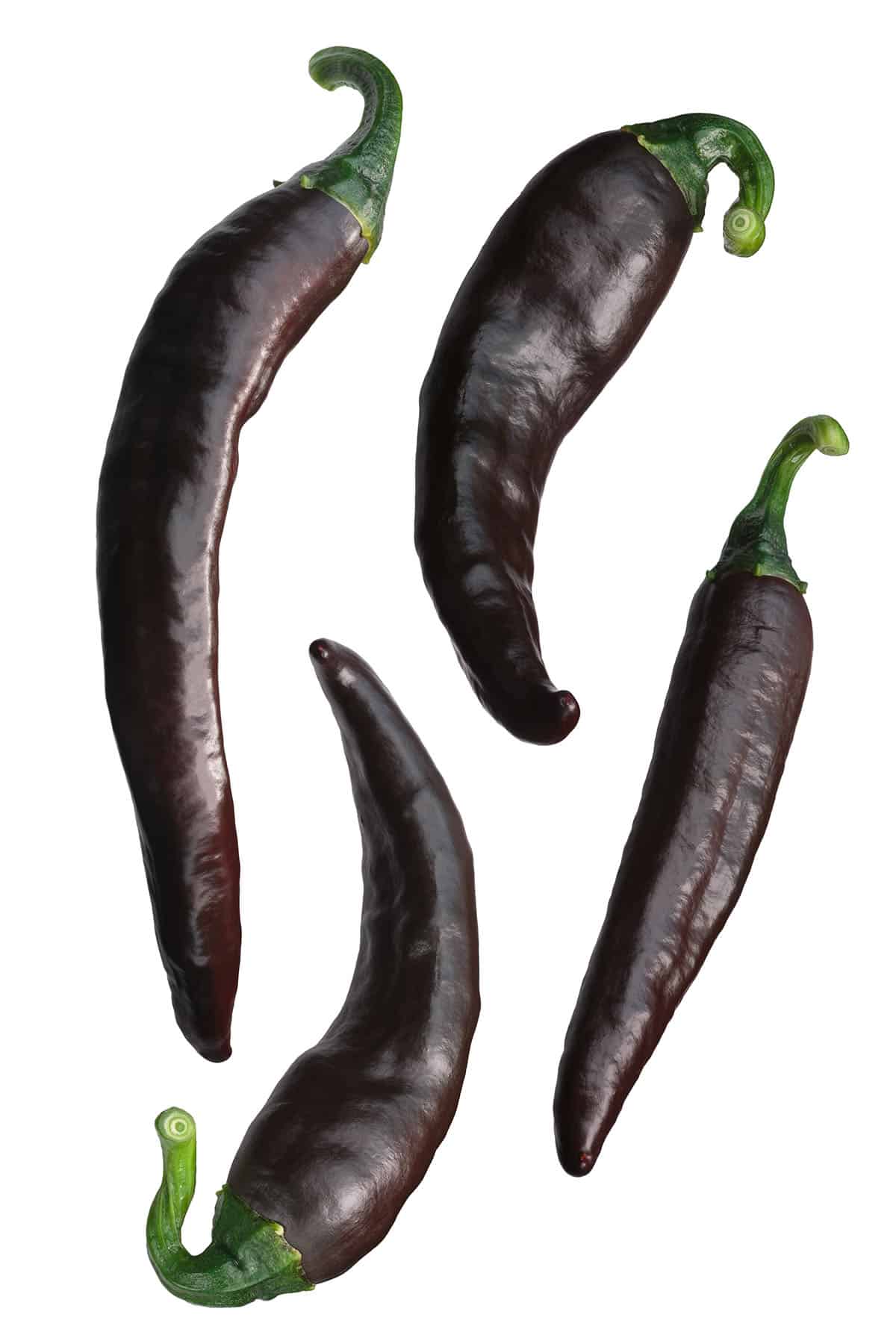 What is a Chilaca Pepper?

The chilaca pepper is a mildly hot pepper that is an important part of Mexican cuisine. When dried, the dark green skins darken to a richer brown-black color. It is then called the chile negro or pasilla pepper. The pods are long and thin, and grow to about 6-9 inches in length, and 1 inch wide.

The peppers have a flattened shape, and its skin is  somewhat wrinkled. It matures to a dark brown color, and has a rich flavor when fully matured.

The Chilaca is usually dried, and in this form is known as the Pasilla or Pasilla Bajio. The fresh chilies are rarely used, but the popular dried form, the Pasilla, is great for many sauces in Mexican food such as enchilada sauces and mole sauces, or can be ground and made into a table sauce, or condiment. They are widely used in Mexican cuisine, though the dried pods have gained much popularity in the United States for their flavor and versatility.

I personally must have pasilla peppers in my pantry at all times, along with my favorite ancho peppers, guajillo peppers and chiles de arbol. They form a wonderful combination of flavor for so many sauces. You'll find numerous recipes across my site here using all of these peppers, particularly the chilaca chile in dried form.

Fresh chilaca chilies are better used for fresher applications, such as chopping them for fresh salsas. They're also good for roasting and grilling, then chopping into quick salsas or sauces. Because of their thinner skins and thinner shape, they're aren't ideal for stuffing, though you can stuff them.

How Hot is a Chilaca Pepper?

Chilaca peppers are considered mildly hot peppers, ranging from 1,000 to 2,500 Scoville Heat Units on the Scoville Scale. Compare this heat with a typical jalapeno pepper, which averages about 5,000 SHU, and you'll find fresh chilacas are 2 to 5 times milder. This isn't very hot by some chilihead standards, but for general cooking, you'll notice a bit of overall heat and spiciness.

Learn More About These Other Mexican Peppers

Where Can I Buy Chilaca Chili Peppers?

You should be able to buy chilica chili peppers from your local Mexican grocers, or you're better off growing them yourself. Or, you can buy chilaca peppers from Amazon (affiliate link, my friends).