What Can I Substitute for Cayenne Pepper? 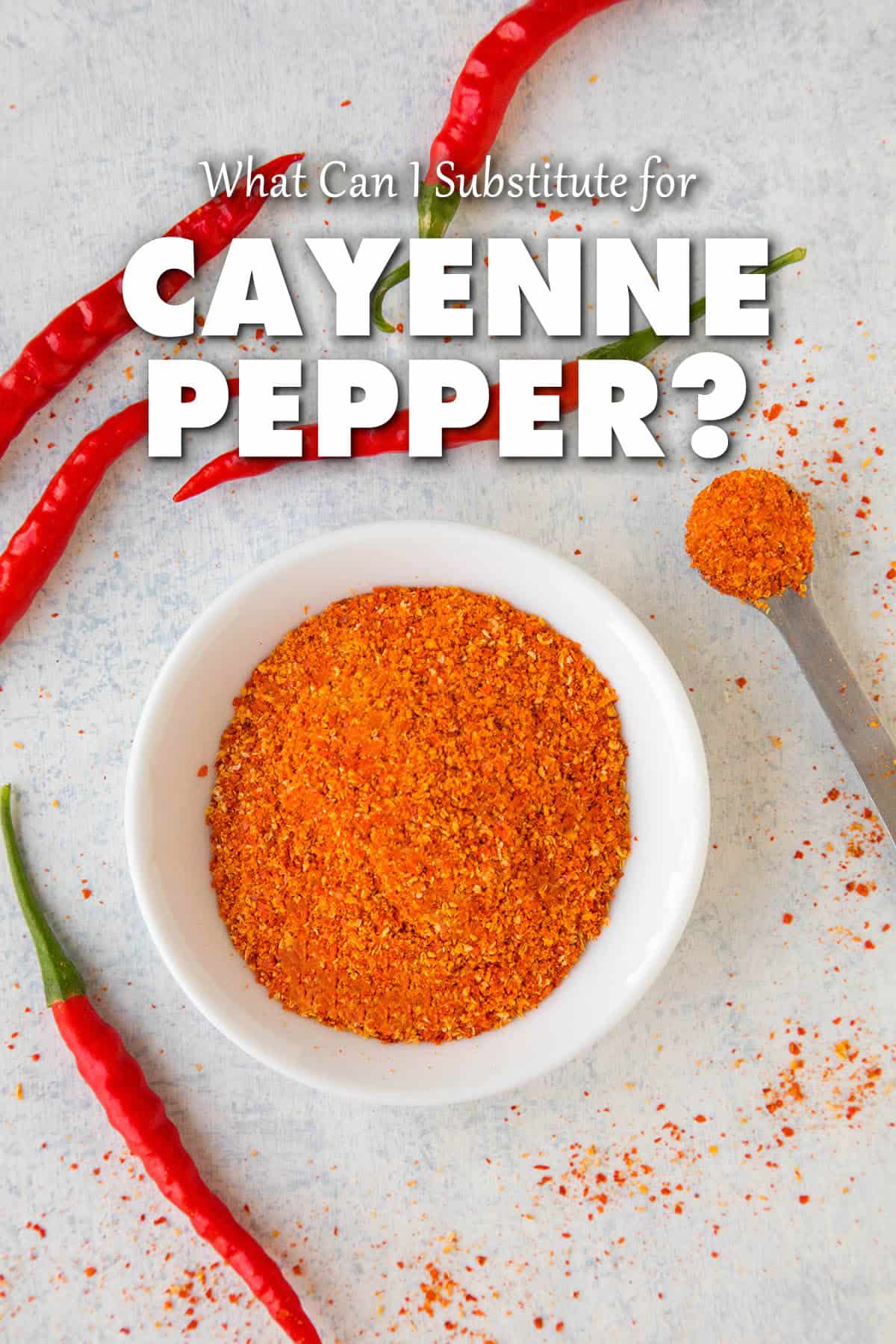 If you’re looking for a suitable cayenne pepper substitute that doesn’t compromise your recipe, included here is a list of alternative ingredients.

Cayenne pepper is an ingredient that pops up in numerous recipes. It is a spicy seasoning made from ground and dried cayenne peppers that ranges in heat from 30,000 to 50,000 Scoville Heat Units on the Scoville Scale.

There are many reasons why you might want to substitute cayenne pepper with something else in your recipe. Perhaps cayenne pepper is too spicy? Perhaps you ran out and don’t have any on hand? Regardless of the reason, here are some suitable substitutes that can help you out in your time of need.

Paprika is one of your most available options, as you can readily find it at most grocery stores. It is also a chili powder made from ground chili peppers, namely the paprika pepper. While you’ll get a similar flavor profile, note that paprika is noticeably milder than cayenne pepper. If using it, double the amount the recipe calls for with cayenne pepper.

Measure: Use double the amount of paprika for cayenne.

Red chili flakes is another ingredient found in most grocery stores. You’ll also see it typically served at pizza places to add some zing to your pizza slices. Most chili flakes sold are a variety of red chili peppers that have been dried and crushed, not ground, so you’ll notice a texture difference. However, in most cooked recipes, this won’t be an issue. Like paprika, chili flakes aren’t quite as hot as cayenne, so you may need to use a bit more.

Measure: Use the same amount to 1-1/2 times the amount of red chili flakes for cayenne. 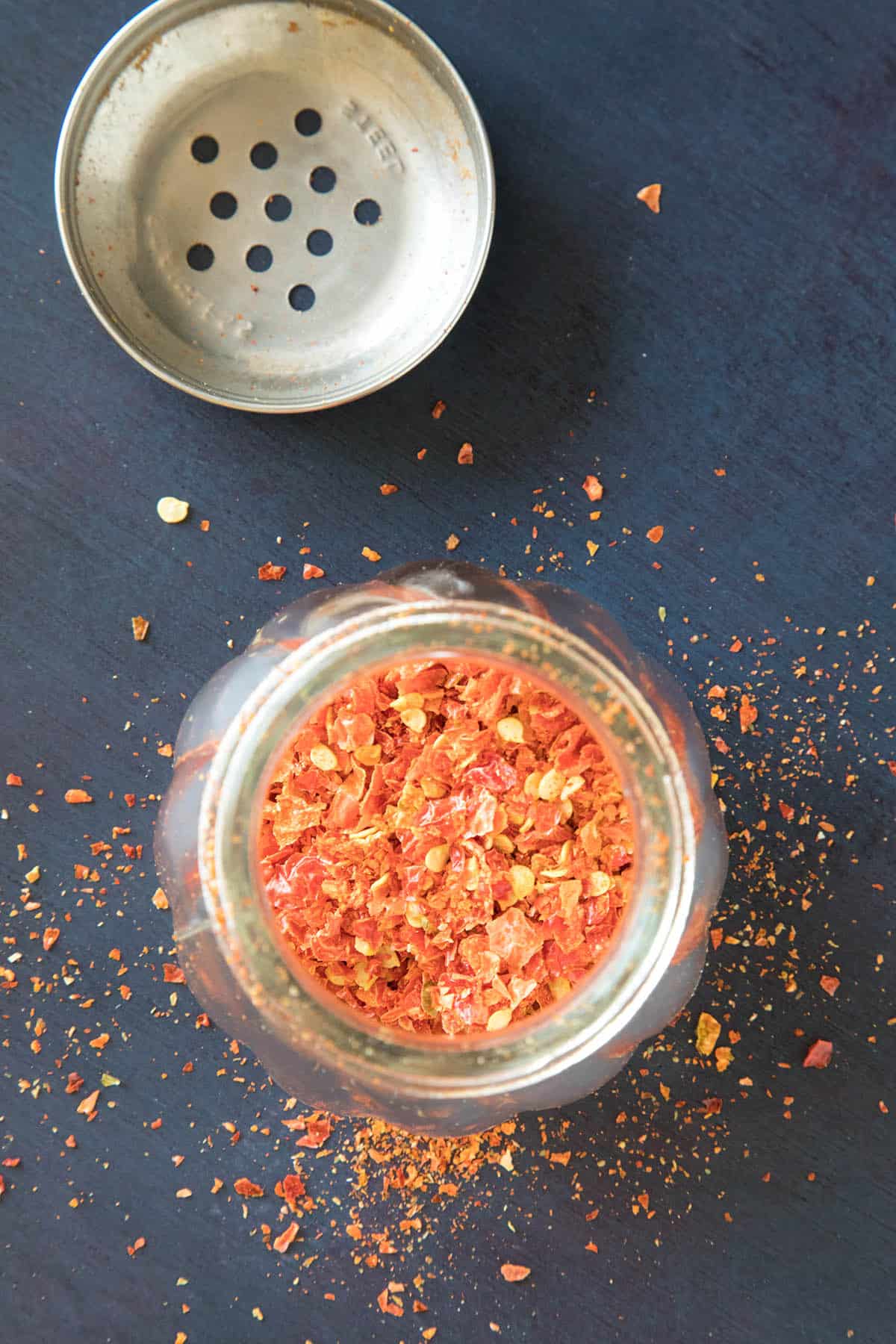 Chili powder is an acceptable substitute for cayenne, as it consists of a variety of chili peppers that have been dried and ground. However, they are often made from darker red peppers that are sometimes smoked, so test your chili powder before using it, as it may alter the flavor of your recipe. Give it quick smell and small taste test before using.

Measure: Use equal measures of chili powder for cayenne. 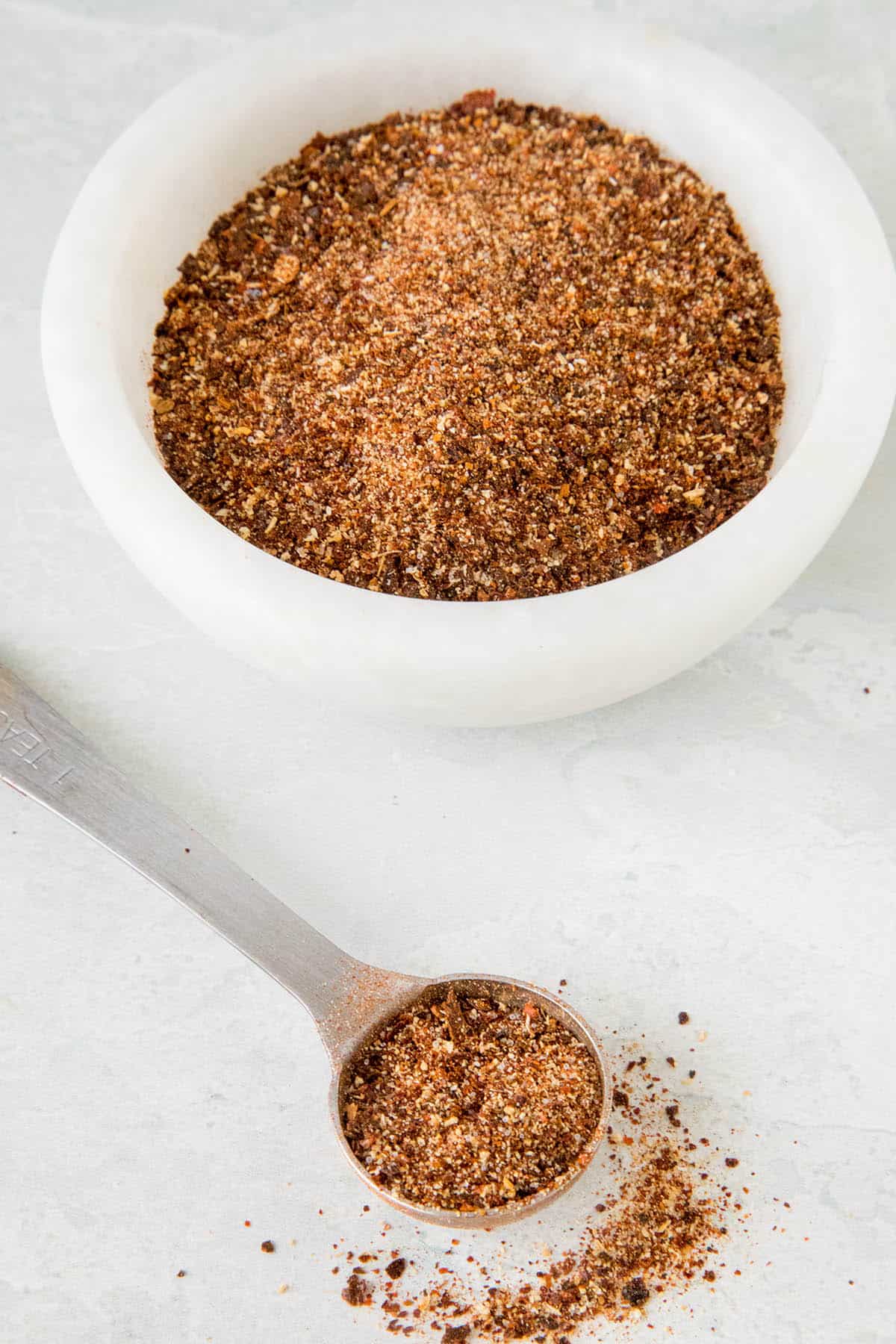 Gochugaru is a coarsely ground mixture of red pepper flakes found in Korean cooking. It is made from sun-dried chili peppers, and has a somewhat smoky quality, which may alter the final flavor of your recipe slightly. Still, it is vibrant and flavorful and makes for a good substitute for cayenne.

Measure: Use equal measures of gochugaru for cayenne. 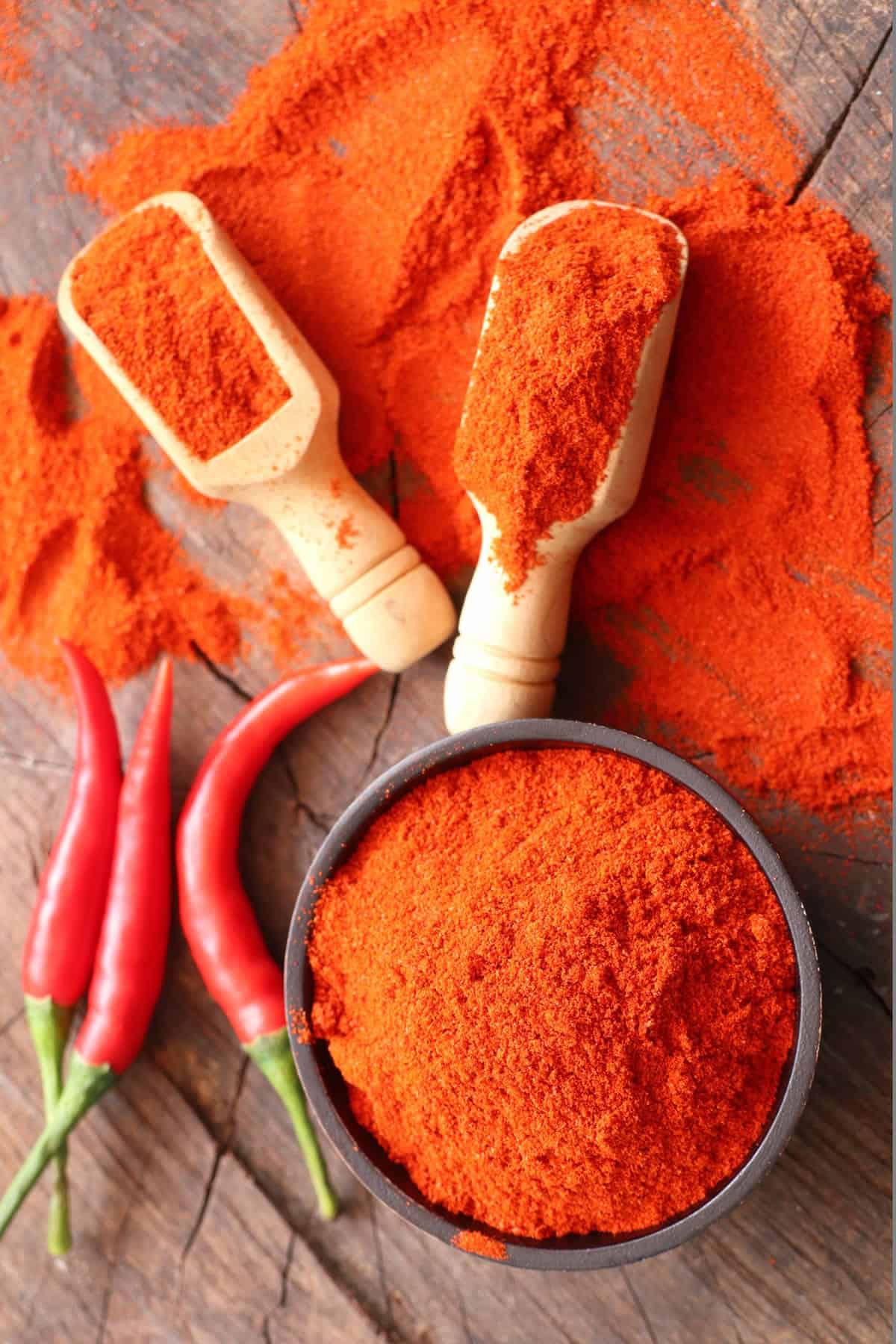 A few dashes of hot sauce are a good substitute for cayenne. The best hot sauce is a Louisiana Style Hot Sauce, such as Tabasco or Crystal hot sauce, but if you can find a non-vinegar based hot sauce, that would be even better.

Measure: Use half to equal measures of hot sauce for cayenne. 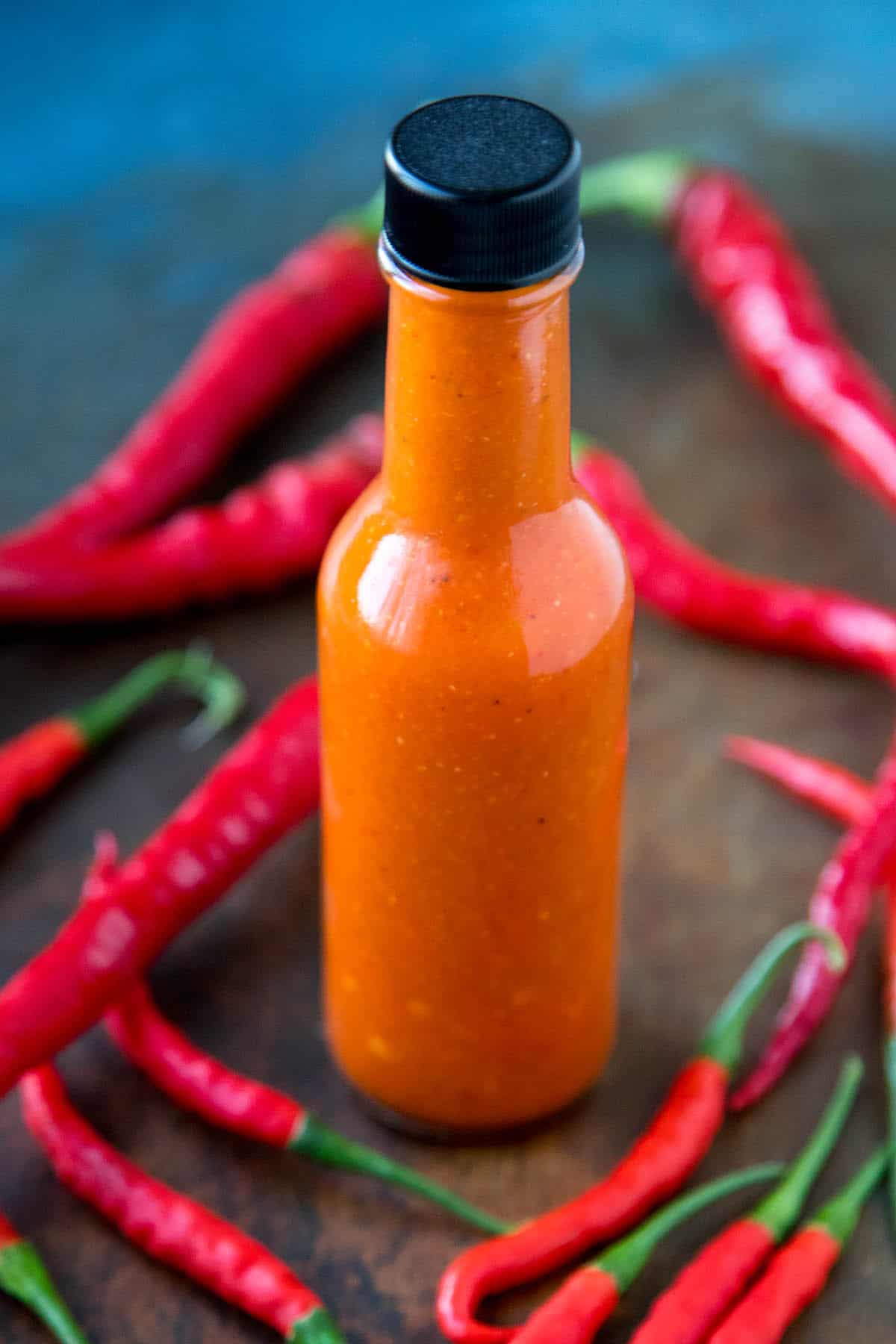 There are a number of other chili peppers with similar heat and flavor profiles as the cayenne pepper. One of the best is the serrano pepper, which has roughly equal level of heat. If you can find or grow red serrano peppers, they would make an excellent substitute. Red or orange aji peppers are another great substitute, depending on their heat level. This option will only work if you’re able to cook the peppers into the dish, unless you want to dehydrate them to make chili powder.

Measure: Use 1 ounce of fresh peppers by weight for 1 roughly 1 tablespoon of cayenne powder. 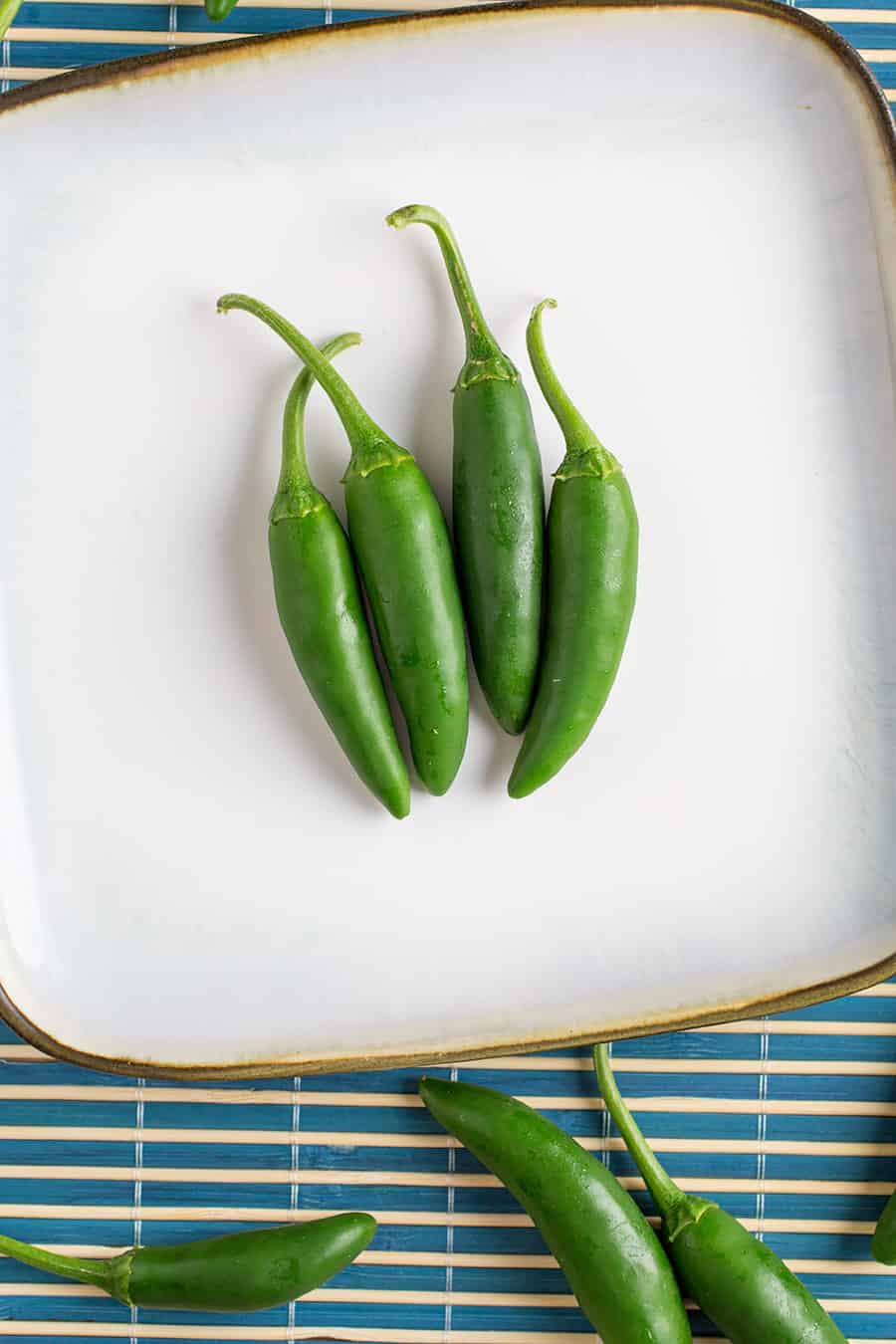 See my list of medium-hot chili peppers for further options.

If you’d like to make your own cayenne pepper from fresh peppers, check out my Homemade Cayenne Pepper recipe.

Got any questions? Contact me anytime. I’m happy to make further suggestions.