Home » Cubanelle Pepper: All About Them

The Cubanelle Pepper is considered a sweet pepper, though it can have a touch of heat. It is a light green pepper used in general cooking. Learn more about the pepper here, including heat levels, flavor, cooking tips and Cubanelle pepper substitutes. 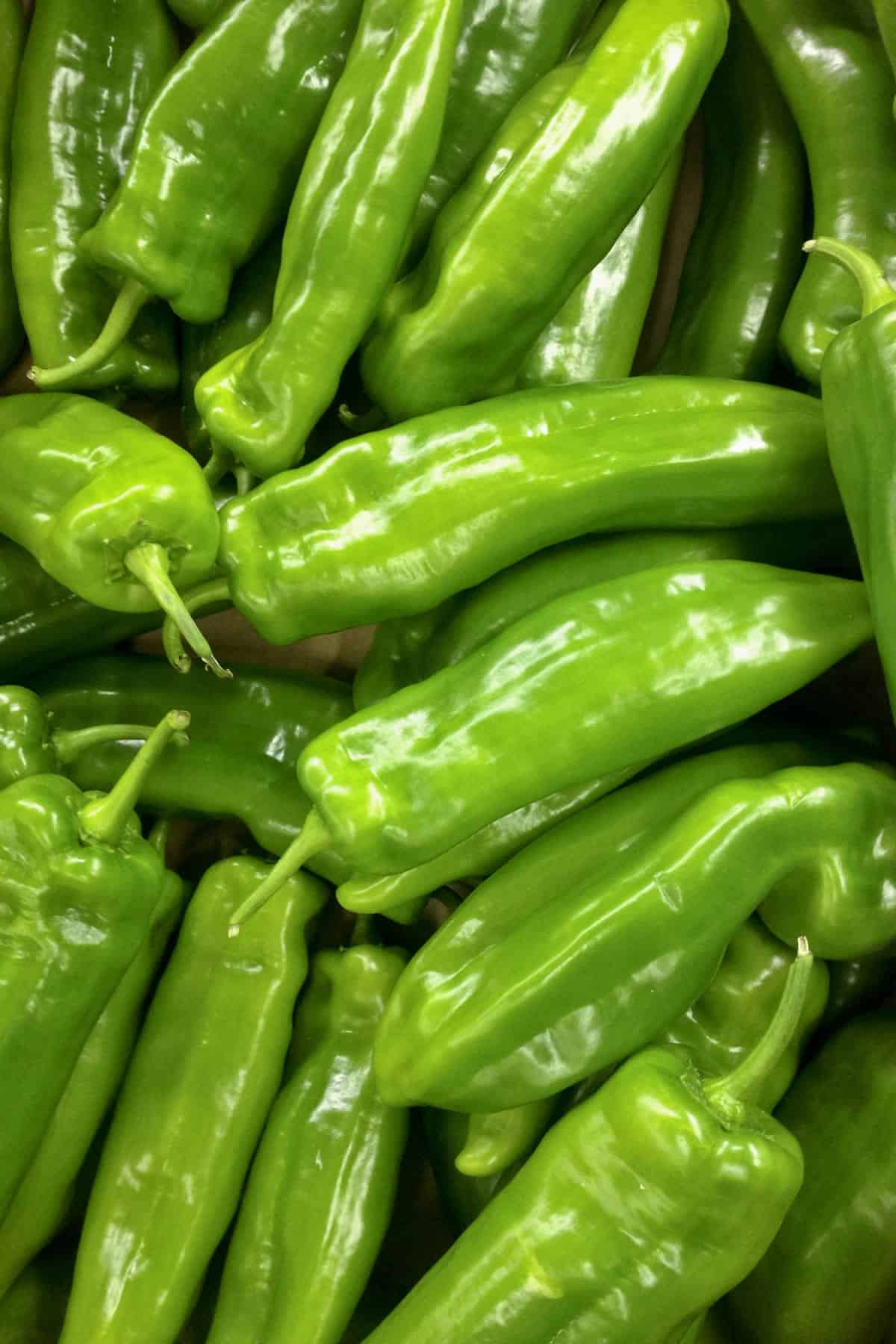 The Cubanelle is considered a sweet pepper, although its heat can range from mild to very moderate. It is not a very hot pepper by most standards. The peppers are usually picked before they ripen, when they are light green or a yellow-green color, but when ripe, they turn bright red to orange-red.

The pods grow to 4-6 inches long, 2 inches wide, and are banana-shaped, tapering near the bottom. The skin should be glossy, and the pepper should be smooth and firm.

Cubanelles are also called the Italian Frying Pepper, because they are great in a frying pan with a little olive oil.

Common uses for Cubanelles include salads, casseroles, or a yellow mole sauce. They are great on subs or pizza as well, and they can be stuffed with your favorite delicious filling.

You can use them in general cooking, using them as you would any bell types, for example, as part of a mirepoix.

Because of the size of the pods, Cubanelle peppers are great for making stuffed peppers. You can stuff them with your favorite mixture, then bake or grill them, and enjoy.

You'll find Cubanelle peppers used in cooking and recipes throughout Central America, including Cuba, Puerto Rico and the Dominican Republic, as it is a favorite in those areas. However, you can increasingly find them in stores in the U.S., and growers have been cooking with them for a long time.

How Hot is the Cubanelle Pepper? 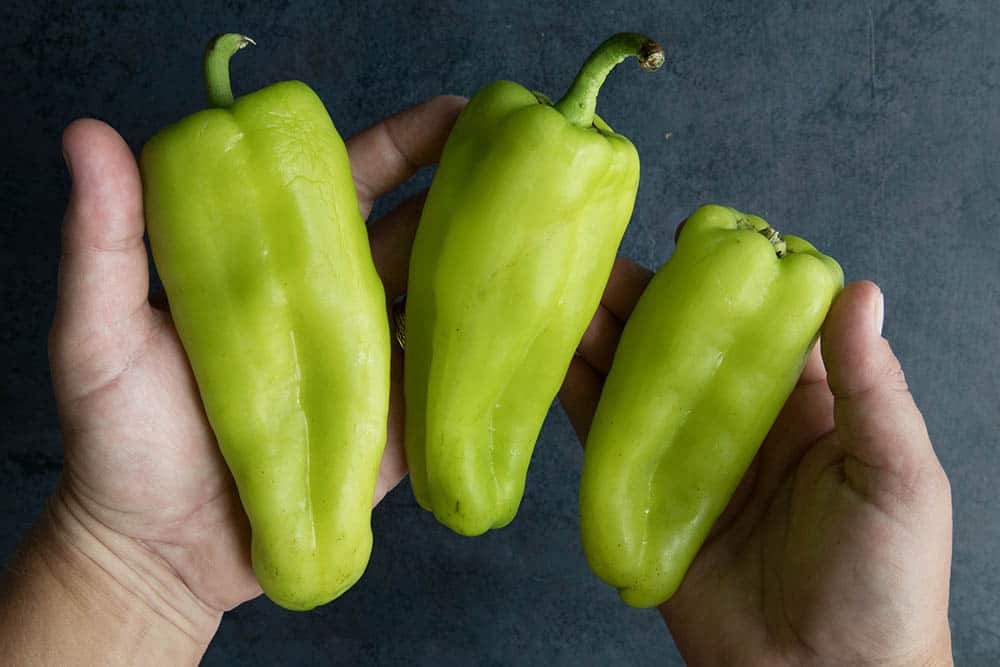 Cubanelle Peppers from My Garden

The Taste of Cubanelle Peppers and Cooking The Cubanelle

Cubanelle peppers are slightly sweet and crunchier than a typical bell pepper, and are quite vibrant. Consider them for pan frying and dashing them with a bit of salt for a quick snack. They do have thinner walls, which makes them good for stuffing and either grilling or baking, as the thinner walls do not require a long cook time.

What Are Substitutes for Cubanelle Pepper?

Cubanelles are mild and slightly sweet with thin walls, and can be used in general cooking. The following peppers make for a good substitution for Cubanelle peppers:

By comparison, Anaheim peppers are not as sweet as the Cubanelle, but are extremely similar in size, shape, wall thickness and overall flavor. Bell peppers tend to be sweeter, larger, and have thicker walls, but are still a very good substitute.

Are Cubanelle Peppers and Banana Peppers the Same Pepper?

No, the Cubanelle pepper is a completely different pepper from the banana pepper. However, they do look quite similar and have similar flavor and heat, so you can usually substitute them for each other in many different recipes. Cubanelles are sweeter by comparison, however.

Here are some recipes that include the Cubanelle Pepper:

If you have any further questions about the Cubanelle, feel free to contact me anytime. I'm happy to help. -- Mike H.

Try Some of These Other Great Peppers