Bell Peppers: All About Them 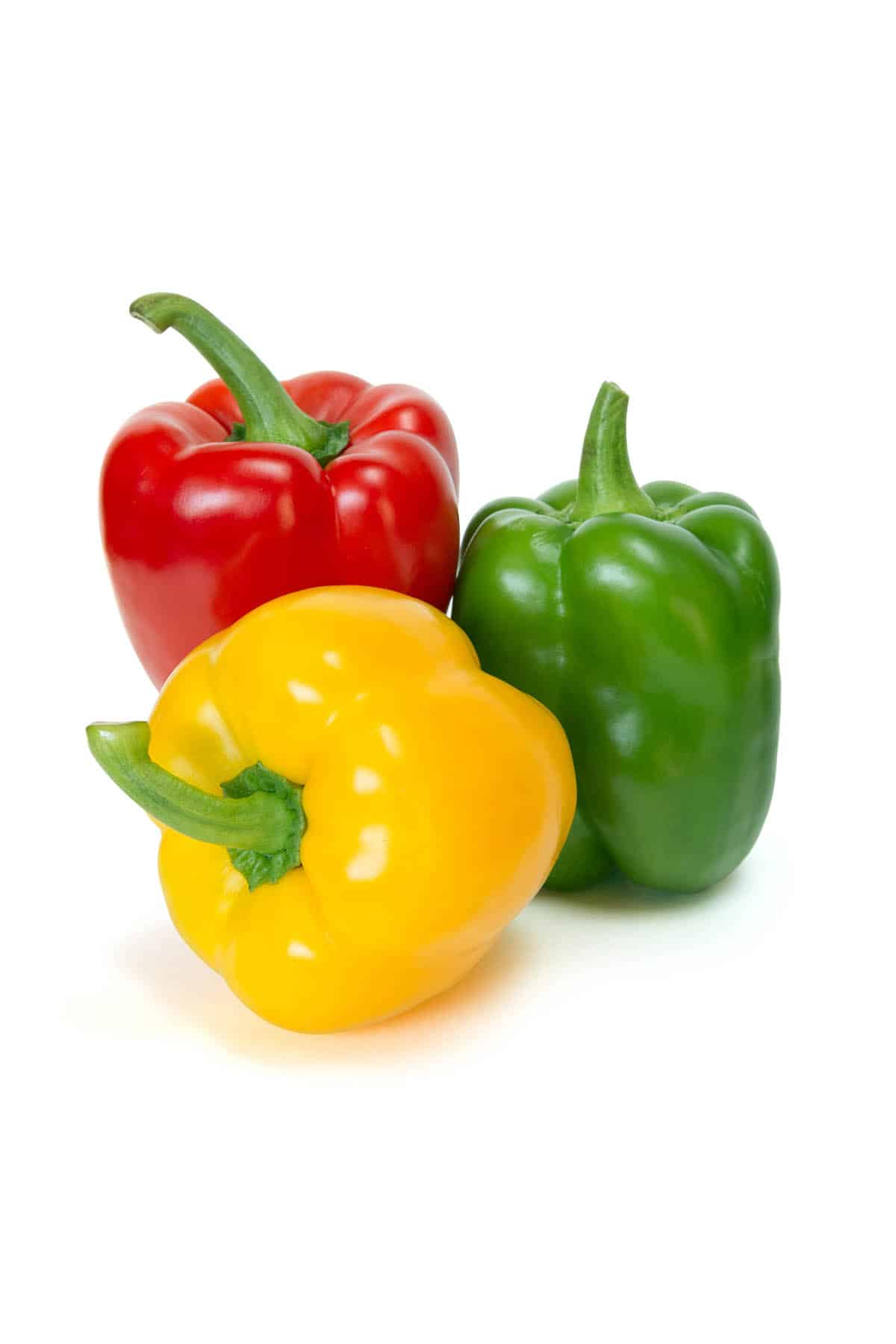 The bell pepper is a sweet, no-heat chili pepper of the species capsicum annuum, popular in many different cuisines around the world, sold in many colors. Learn more about them below.

What is a Bell Pepper?

The bell pepper is zero-heat pepper used in many different cuisines around the world. It is of the capsicum annuum species and is used for building flavor and substance into many different dishes. It is essential to Cajun cuisine, where it forms part of the famous Cajun Holy Trinity of vegetables.

The peppers are found in an array of bright colors. You’ll find them most commonly in green, yellow, orange or red. However, there are some grown that are brown, white or even purple, though they are more rare. While they can vary in flavor, bell peppers are not hot or spicy, like most other peppers. Color and flavor are determined by the variety of the pepper plant and the stage of ripeness when picked. For example, a red bell pepper or orange bell pepper is simply a mature green bell pepper.

This is why the yellow, orange, and red bells cost more because they take more time to harvest.

The typical bell pepper, about the size of a large fist. Very mild.

Is the Bell Pepper a Fruit?

While the bell pepper is classified botanically as a fruit, it is used as a vegetable in the culinary world, like the tomato.

Bells are naturally low in calories and rich in antioxidants and vitamin C. They are an excellent addition to a healthy diet and lifestyle and are encouraged to cook with. They are great for stuffing or cooking into numerous dishes. Learn more about the health benefits of bell peppers and other chili peppers.

Fresh, raw bell peppers are very good for you. They are made of 94% water. The remainder consists of carbs with a small portion of fat and protein. The nutrients in 3.5 ounces (100 grams) of raw, red bell peppers measure as follows:

How to Make Stuffed Bell Peppers

Bell peppers are the perfect shape and size for stuffing with all sorts of delicious ingredients. To stuff them, slice off the top and stem, then core out the pepper insides. Stuff them with a mixture of cooked meats or vegetarian proteins, rice or other grains, cheeses and seasonings. Bake them at 350 degrees F for 30 minutes to 1 hour, or until the peppers soften up and are ready to serve.

You can also cook them in a slow cooker or crock pot for wonderfully easy stuffed peppers. Check out some of my Stuffed Peppers Recipes, with a few more listed below.

How to Grow Bell Peppers

Start growing bell peppers from seed indoors 2 months before your last expected date of frost. You can also plant them directly into the ground. Or, purchase seedlings from your local nursery. Once you have healthy seedlings, move them to containers and keep them near the sun. Fertilize them regularly until they are strong enough and the weather is right for planting.

Can You Freeze Bell Peppers?

Yes, freezing bell peppers is a smart way to preserve them so you can use them later. To freeze bell peppers:

Learn more tips for how to freeze peppers.

How to Roast Bell Peppers

Set the oven temp to 400 degrees F. Place whole bell peppers on a lightly oiled baking sheet in the center of the oven and bake 20-30 minutes, or until skins are thoroughly blackened, flipping occasionally to achieve even charring and roasting. You can also slice them in half and bake or roast them with the skin sides up. Remove them from heat.

Add the charred bell pepper to a plastic baggie and seal, or to a bowl and cover. Allow to steam in the baggie about 10 minutes to loosen the skin. When the skins are loosened and the peppers are cool enough to handle, peel off the skins. A towel will help, or a fork. Discard the skin.

Use them as you wish per your recipe.

Learn more tips on how to roast peppers.

How to Store Bell Peppers

The best place to store fresh bell peppers is in the refrigerator. Simply place the peppers into a plastic bag and keep them in your refrigerator vegetable drawer. Optimal temperature is between 40-45°F. You do not need to wash the peppers before storing. It is best for them to be dry, as water can speed up the rotting process.

Bell peppers should last 2-3 weeks when stored this way, depending on the initial freshness, but be sure to check them for signs of rot before using.

Learn more tips for how to store peppers.

Can You Eat Bell Peppers Raw?

Yes, raw bell peppers are healthy and flavorful, and offer a satisfying crunch when they are fresh. They are a bit sweet and are perfect for serving alongside dips, like sour cream dip or spicy cream cheese dip. Peppers are also good for the keto diet when used sparingly, with 5.9 net grams of carbs per half cup. They are packed with potassium and vitamins and antioxidants and a smart addition to a healthy diet.

I personally enjoy slicing yellow bell peppers or green peppers and serve them together with a variety of dips. People love the sweet pepper taste and I love the presentation of the combination of colors.

Yes, they can. According to the American Kennel Association, bells are a healthy snack you can share with your dog. You can feed them any color of bell pepper, though the red variety is most nutritious, being rich in vitamins A, E, B6, lutein as well as sources of vitamin C and beta-carotene, antioxidants important for a dog’s healthy immune system.

Try some of these recipes for cooking and enjoying the most bells have to offer.

Try Some of These Other Great Peppers

NOTE: This post was updated on 1/21/20 to include new information and photos. It was originally published on 9/20/13.