Hatch Chile Peppers: All About Them 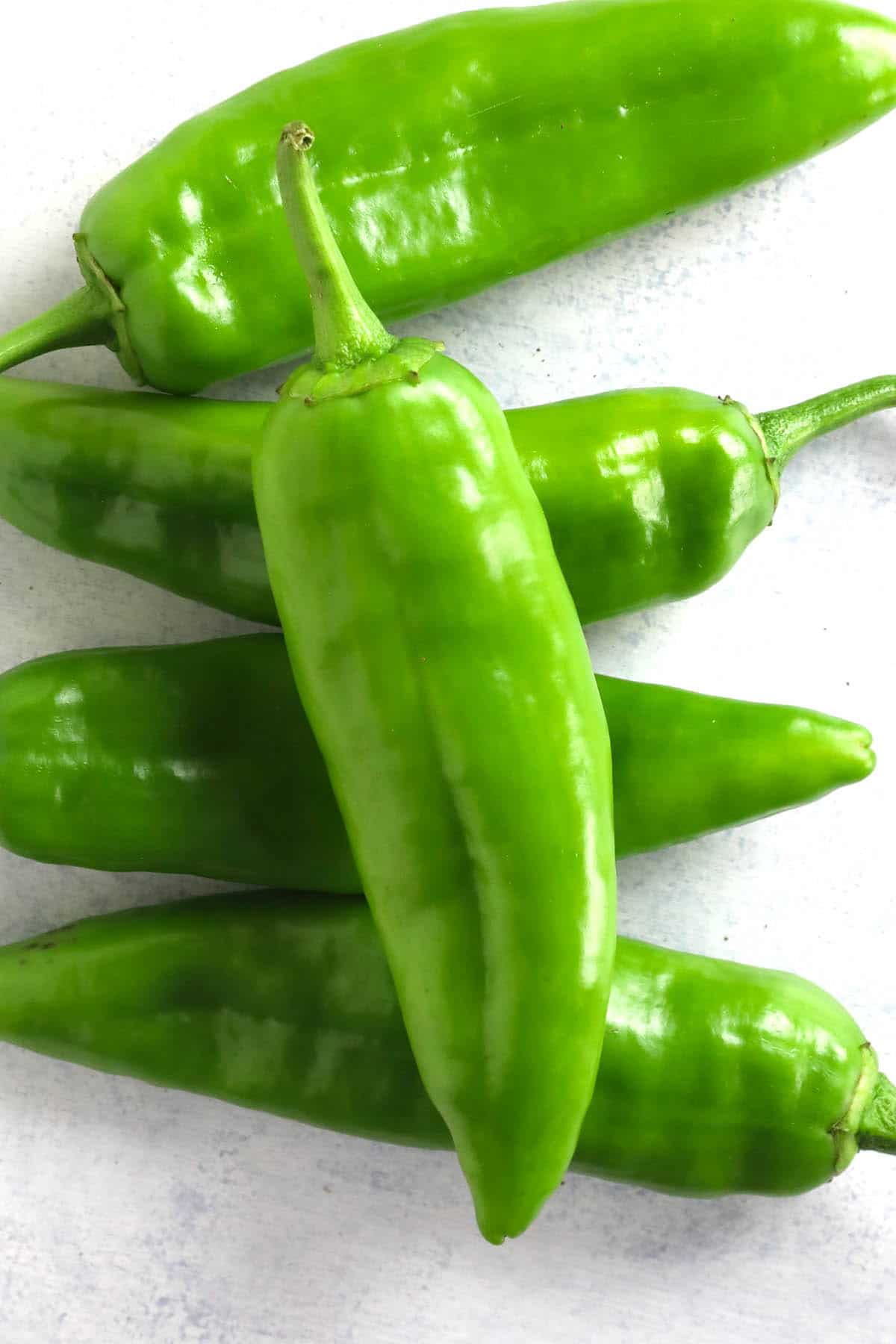 What are Hatch Chile Peppers?

Hatch chile peppers are actually a generic name for New Mexican peppers that are grown and harvested in the Hatch Valley region, New Mexico.

Located in the heart of the Rio Grande agricultural territory, Hatch, New Mexico, is often referred to as the Chili Capital of the World.

The name “Hatch peppers” often refer to the type of chilies the area has brought to fame, regardless of where they were actually grown, though to be authentically called a Hatch pepper, the pods must be grown in the Hatch region.

Hatch chilies grown today (in fact all New Mexican peppers) owe their genetic base from cultivars first developed by Fabián Garcia at the New Mexico College of Agriculture and Mechanic Arts, now known as the New Mexico State University, in 1894.

The annual Hatch Chile Festival occurs each Labor Day weekend and draws up to 30,000 people from around the world to the tiny town of less than 2,000 residents.

They are an important part of the culture for anyone who lives in New Mexico.

Legislators passed a law in 2012 that prohibits the sale of chili peppers with the label “New Mexican” unless actually grown in New Mexico, or they must include a disclaimer label of “Not Grown in New Mexico”. 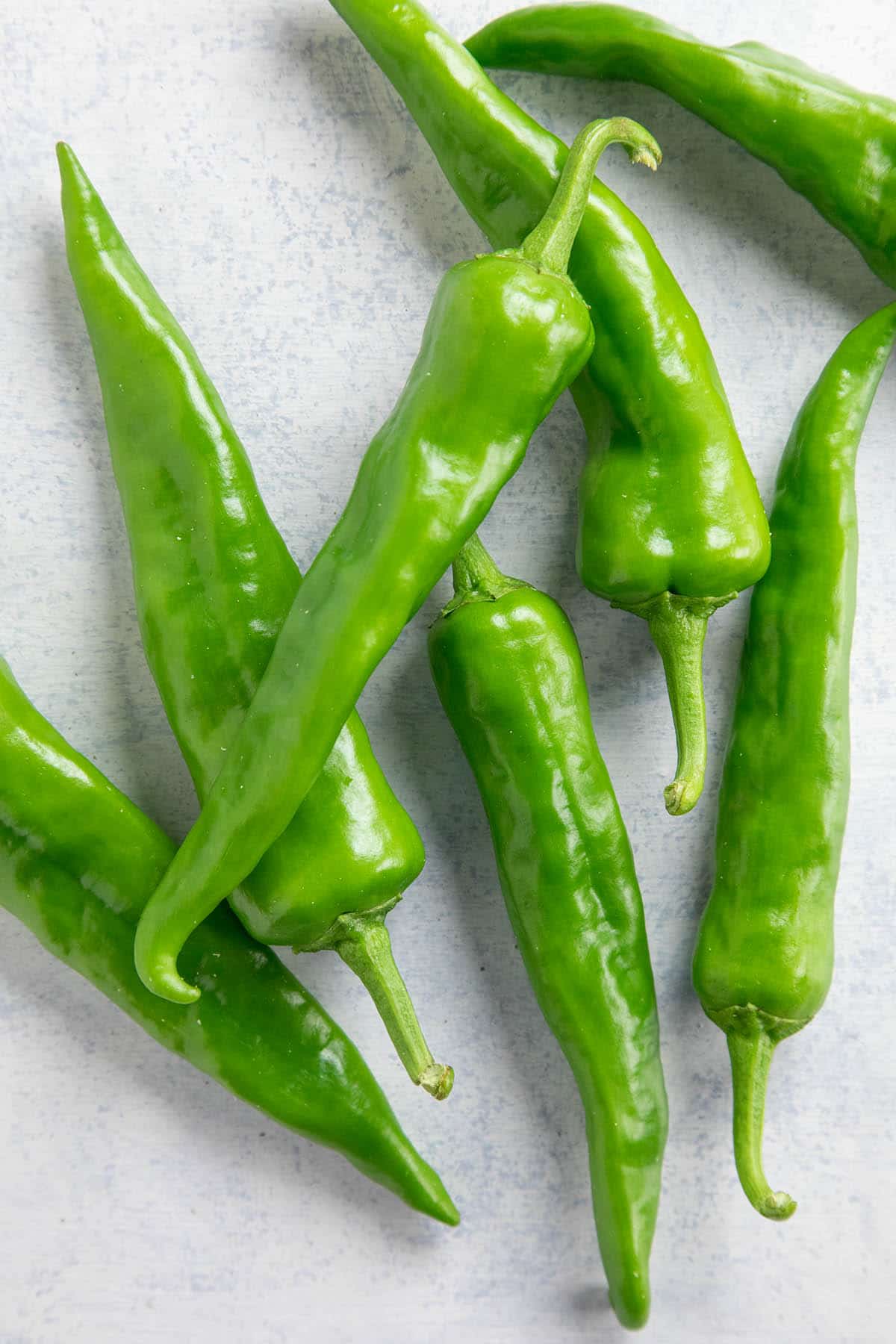 History of the Hatch Chile Pepper

New Mexican chili pepper pod types were developed starting in 1894. Fabian Garcia from the New Mexico State University crossed several local pod types with a goal of improving them for the region. He sought larger, smoother peppers that were better for canning.

After several years of crossing and growing, he released a variety called New Mexico No. 9 in 1913. All New Mexican chili peppers owe their genetic base to these peppers. Today, chili pepper studies continue at the Chile Pepper Institute in New Mexico, founded by Paul Bosland in order to study New Mexican peppers and others from around the world.

How Many Types of Hatch Peppers Are There?

There are many varieties of Hatch Peppers. Here is a list of some of the most popular:

How Hot Are Hatch Chile Peppers?

Most Hatch peppers are about a third as hot as a typical jalapeno pepper, or they can be about as hot as your typical jalapeno. Because there are different types of chili peppers that can be categorized as Hatch Chile Peppers, there heat levels can vary from a fairly mild 1,000 Scoville Heat Units (SHU) to around 8,000 SHU. Learn more about the Scoville Scale Here.

Some Hatch peppers can be even hotter, again depending on the variety. I’ve been told some can be on par with habanero pepper heat.

Hatch peppers are hugely popular in the New Mexican and surrounding region, but they are becoming very popular through the entire U.S. They are quite earthy in flavor, similar to the Anaheim chili pepper. Some say their flavors are said affected positively by the rich regional soil in which they are grown, though others argue that the soil is irrelevant, and that they taste great wherever they are grown.

They can be eaten raw, offering a crisp, spicy flavor and a mild pungency similar to an onion, though they are typically roasted which gives them a smoky, rich, earthier, sometimes buttery flavor.

Hatch green chiles offer a bit more bite, while  aging them to ripened red Hatch chiles mellows them and the heat they deliver from an initial bite to more of a blooming back heat.

What Are Hatch Chiles Used For?

Hatch peppers are used in a wide variety of dishes across the U.S., particularly in New Mexico. They are used to make soups and stews, sauces, chopped and cooked into chilis and other daily dishes. They are also very popular for making stuffed peppers. Roast chile is massively popular. Fresh Hatch peppers are great for many dishes, but the flavors really bloom with roasted Hatch green chiles. Red as well.

How To Cook with Hatch Chile Peppers

Cooking with Hatch peppers is certainly an art form, and one of the most oft asked questions in the New Mexican region is simply, “Red or Green?”, which refers to the color of your preferred sauce.

Locals enjoy cooking and eating their Hatch peppers as either a pureed red chili sauce or a green chili sauce, and I can tell you from personal experience that both versions are extremely flavorful.

Looking for recipes for cooking with Hatch peppers? Here is a list of recipes I have on the site. Contact me with any requests!

Can I Grow Hatch Chile Peppers?

Of course! You can grow the different types of Hatch peppers from seed or purchase seedlings and grow them in your own garden anywhere that chili peppers can be grown. However, as they won’t be growing in Hatch, New Mexico, they can’t actually be called “Hatch Chile Peppers”.

When is Hatch Chile Season?

Hatch chile peppers have a very short cultivation season, as they are larger peppers with very thick walls. They are typically harvested in August and September each year, though the season can be extended a couple weeks on either side, depending on the weather.

This is referred as Hatch chile season.

Where Can I Find Hatch Chile Peppers?

It used to be that you couldn’t get Hatch chile peppers outside of the Hatch, New Mexico region, but they are quickly becoming more and more available at local grocery stores of through online retailers. I have personally ordered roasted Hatch chile peppers online and had them delivered frozen.

They are easily preserved and extremely delicious this way. I enjoy both roasted Hatch chile and fresh chile.

What Can I Substitute for Hatch Chiles?

If you are unable to obtain Hatch peppers, Anaheim peppers make a good substitute. Cubanelle peppers can work as well.

I’ve used poblano peppers as a substitute and was quite happy. You really want to find a good thicker walled chili pepper to sub in for Hatch chiles, something with a milder level of heat.

Where Can I Buy Hatch Chile Peppers?

Here is a list of recommended resources for where you can purchase flavorful, authentic Hatch chile peppers from New Mexico online, shipped straight to your door.

Where Can You Buy Hatch Chile Peppers? Here are my recommendations.

Got any questions? Ask away! I’m happy to help. I hope you’ll leave a comment below. Also, please share it on social media. Don’t forget to tag us at #ChiliPepperMadness. I’ll be sure to share! Thanks! — Mike H.