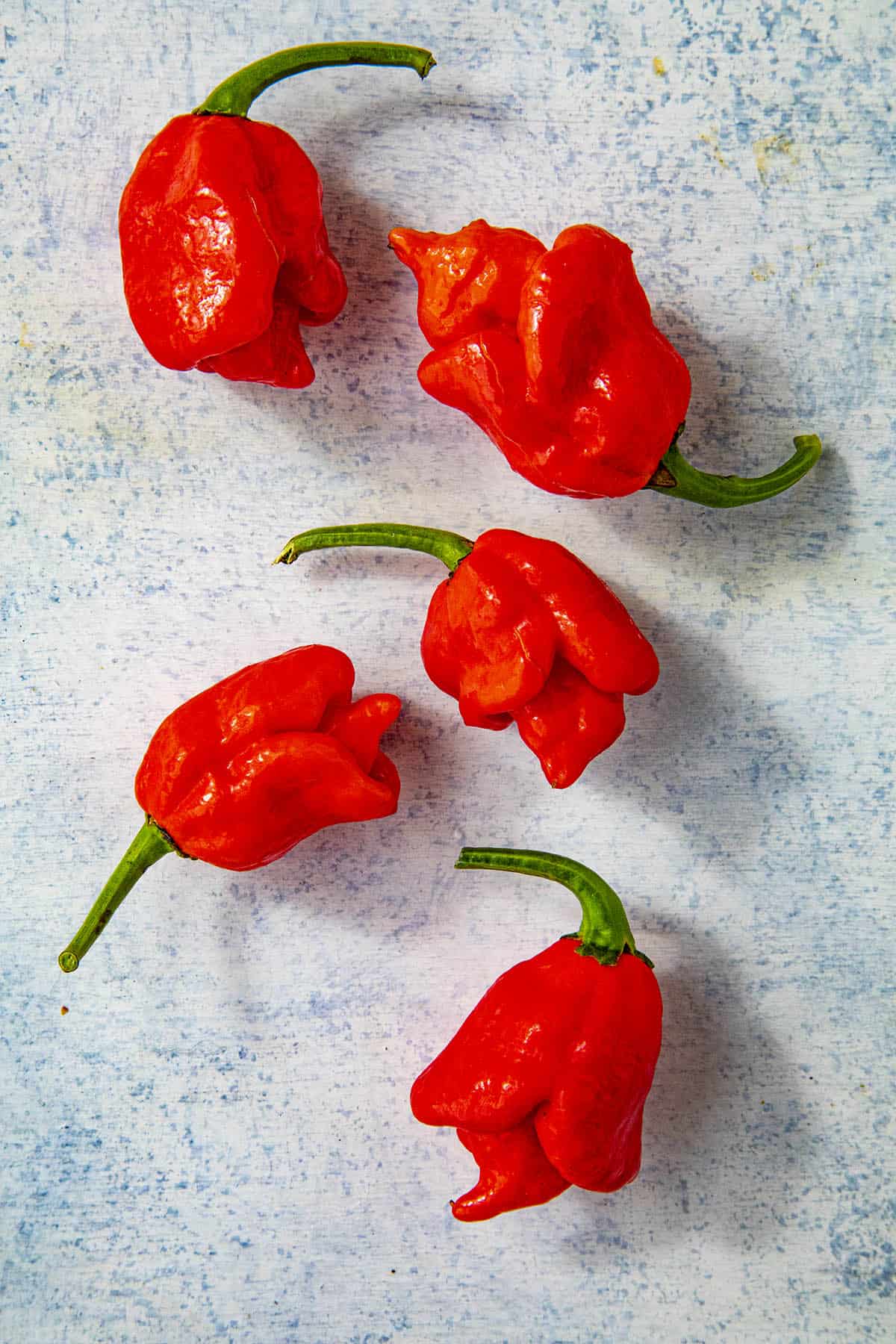 The Trinidad Scorpion Pepper is among the hottest peppers in the world with a big range of heat. It hails from the Caribbean and is named for it’s scorpion-like tail. Learn more about these peppers below.

The Trinidad Scorpion pepper is a rare chili pepper hailing from the Caribbean. It is native to Trinidad and Tobago. These red, wrinkled peppers sport tails that resemble the scorpion, hence the name, and are known for their intense heat.

When growing, they are approximately 80+ days to full maturity, and they are great for growing in pots or containers, and even for indoor growing. The peppers are produced with a pointy tip.

They are very hot and mature from green to vibrant red. Plant has green stems, green leaves, and creamy-yellow flowers.

How Hot is the Trinidad Scorpion Pepper?

Trinidad Scorpion peppers can range in heat, many of them measuring in at around 300,000 Scoville Heat Units on the Scoville Scale. This would make an average Trinidad scorpion about the same level heat as a habanero pepper. Compare that to a jalapeno pepper, which averages around 5,000 SHU and you’ll find that the Trinidad scorpion is roughly 60 times hotter.

However, there are hotter varieties. The most famous of this particular pepper is the Trinidad Scorpion Butch T pepper, which is one of the hottest peppers in the world measuring over 1.4 Million Scoville Heat Units with bumpy skin and a scorpion-like tail. That pepper is indigenous to Tobago and Trinidad, and was propagated in the United States by Butch Taylor in 2011, who provided seeds to Neil Smith of The Hippy Seed Company and Marcel de Wit, from the Chilli Factory, both in Australia.

Another is the Trinidad Moruga Scorpion, which measures in at over 2 Million SHU. Talk about a hot pepper!

Be careful when cooking with these peppers, as they are extremely hot and can make your skin burn when handling them. They are ideal for salsas, marinades, and making your own hot sauce. They have a somewhat fruity flavor, but also an intense, quick burst of biting heat that takes a while to subside. If you do experience heat on your skin or from eating these peppers, see my page on how to stop the chili pepper burn for helpful information. 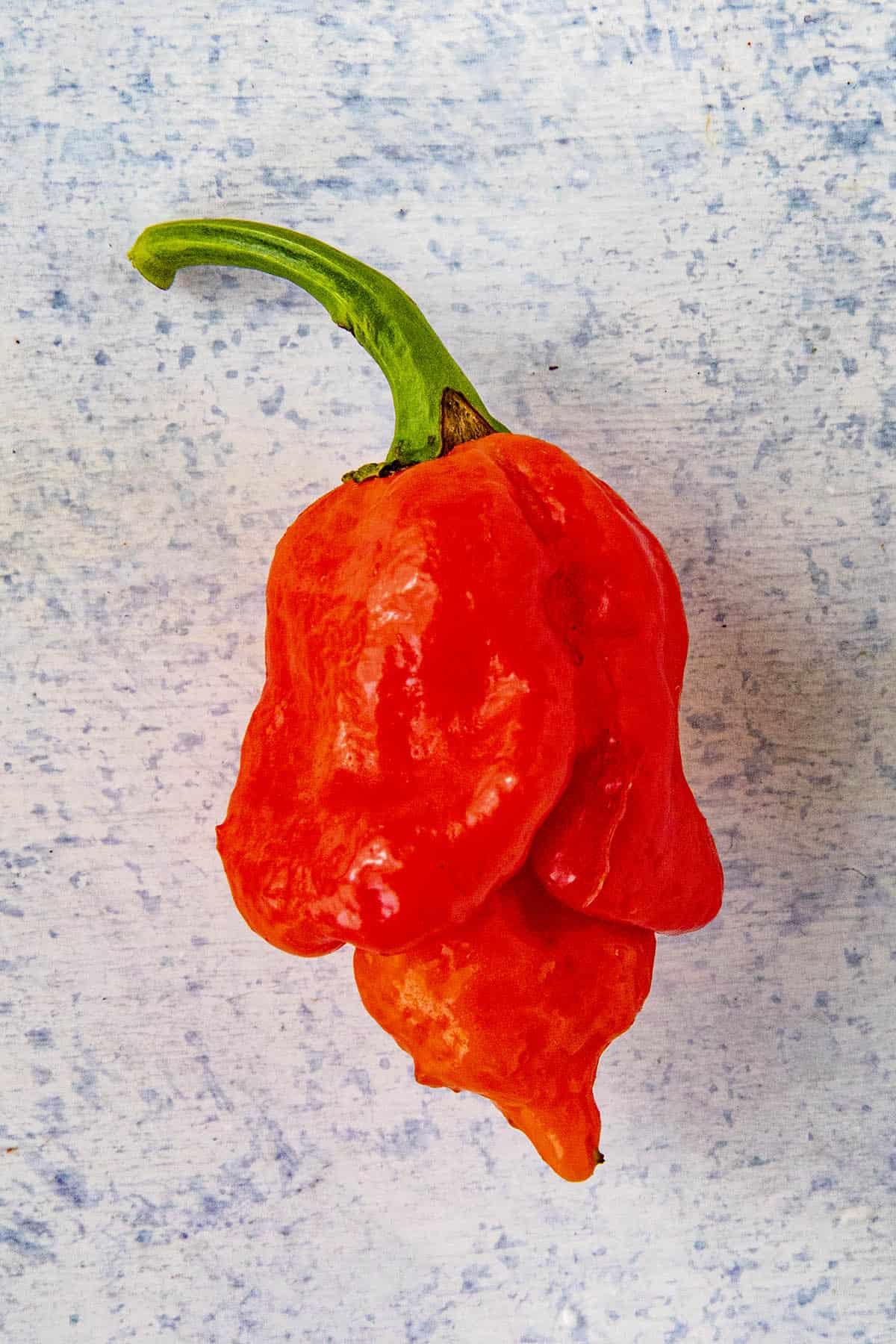 How to Dry Trinidad Scorpion Peppers

I enjoy growing Trinidad scorpion peppers for drying and turning into spicy chili powders. They are easy to dry and it is best to use a dehydrator. Simple wash and dry the peppers, then remove the stems and slice them in half. Lay them onto dehydrator sheets and dry them at least 8 hours at 130 degrees F, or until they are completely dried and brittle. Then you can grind them into powders or save them for rehydrating or grinding later.

Where to Buy Trinidad Scorpions

Got any questions? Ask away! I’m glad to help.