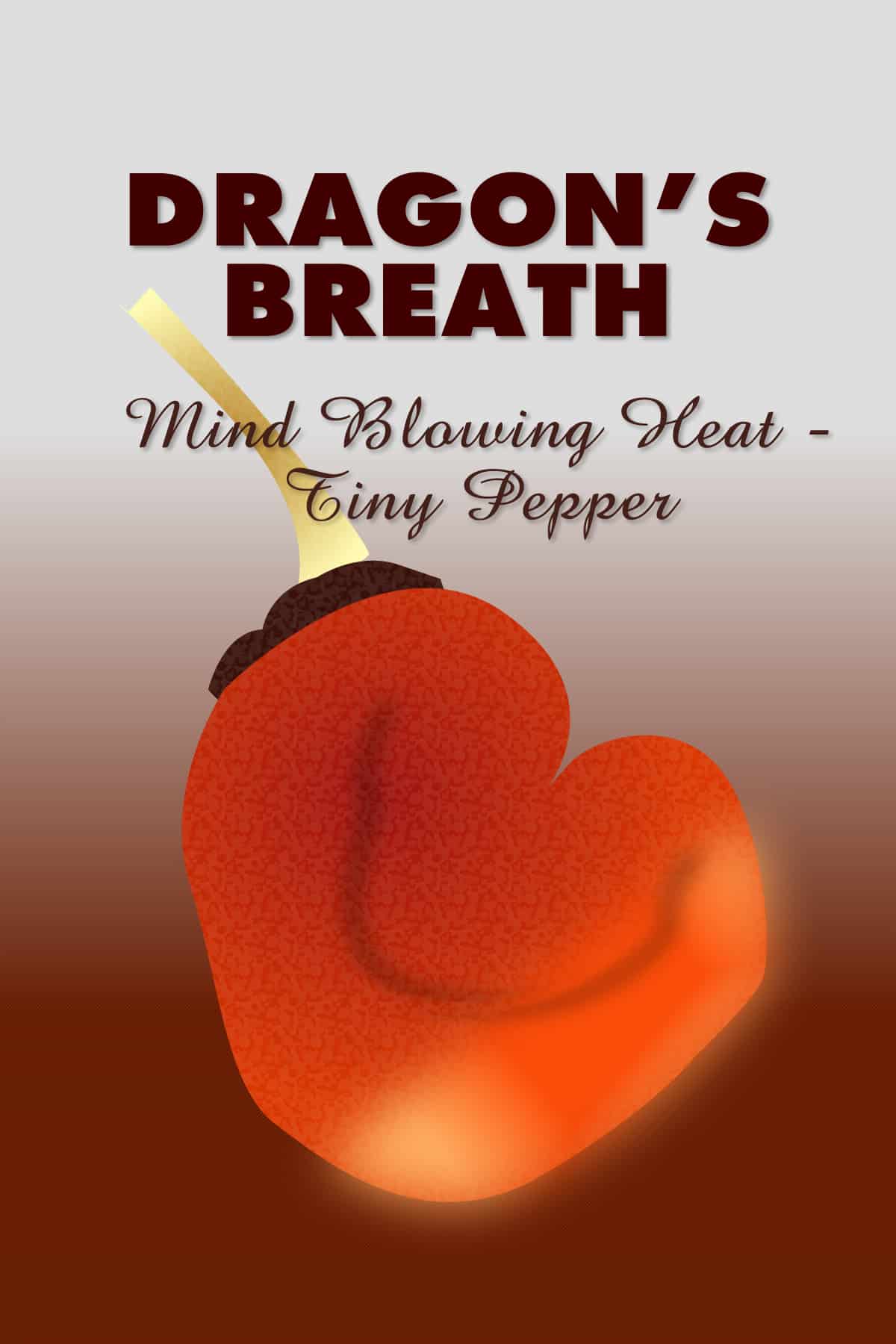 Is the Dragon’s Breath pepper the official hottest chili pepper in the world? Learn everything we know about this insanely hot pepper.

When it comes to superhot chili peppers, one thing is certain – they just keep getting hotter and hotter. Chili pepper experts and enthusiasts are continually crossing peppers all the time to develop new stable strains. Crossing various superhots with one another is a way to continually push the envelope of heat.

Latest to be reported in the news is the Dragon’s Breath pepper, with mind numbing heat the rivals police grade pepper spray and surpasses the current reigning champ, the Carolina Reaper.

Are these reports true?

What is the Dragon’s Breath Pepper?

The Dragon’s Breath chili pepper originated in the United Kingdom. It is reported to have been developed collaboratively by chili farmer Neal Price, Nottingham Trent University and NPK Technology. They were testing a special plant food and working with the resulting essential oils as a skin anesthetic. Capsaicin has well known properties related to anesthesia.

The pepper was picked up and cultivated by Mike Smith, a breeder from the United Kingdom, whose goal was not heat, but to grow an attractive plant to enter in the Plant of the Year contest at the 2017 Chelsea Flower Show, heat being a side effect.

It was named Dragon’s Breath after the Welsh dragon.

Dragon’s Breath peppers are quite small, only 1/2 inch in length. They are wrinkly and bumpy, much like other superhots, with a tiny tail indicative of high heat levels.

How Hot is the Dragon’s Breath Pepper?

The Dragon’s Breath was unofficially tested and reported at 2,480,000 million Scoville Heat Units, well above the Carolina Reaper, though not as hot as was also unofficially reported for the pepper temporarily named “Pepper X“.

Is the Dragon’s Breath Pepper Officially the Hottest Pepper in the World?

There is currently no official word reported on the Dragon’s Breath, so it cannot be named as the hottest pepper in the world.

The Guinness World Records does not recognize the Dragon’s Breath pepper.

I have heard no further word on this, and the pepper is not available for commercial consumption. It seems to be a dead end, unstable plant.

What is the Current Hottest Pepper in the World?

The Hottest Chili Pepper in the World is currently the Carolina Reaper, which measures over 2 Million Scoville Heat Units.

If you have any questions or further information, please contact me anytime.