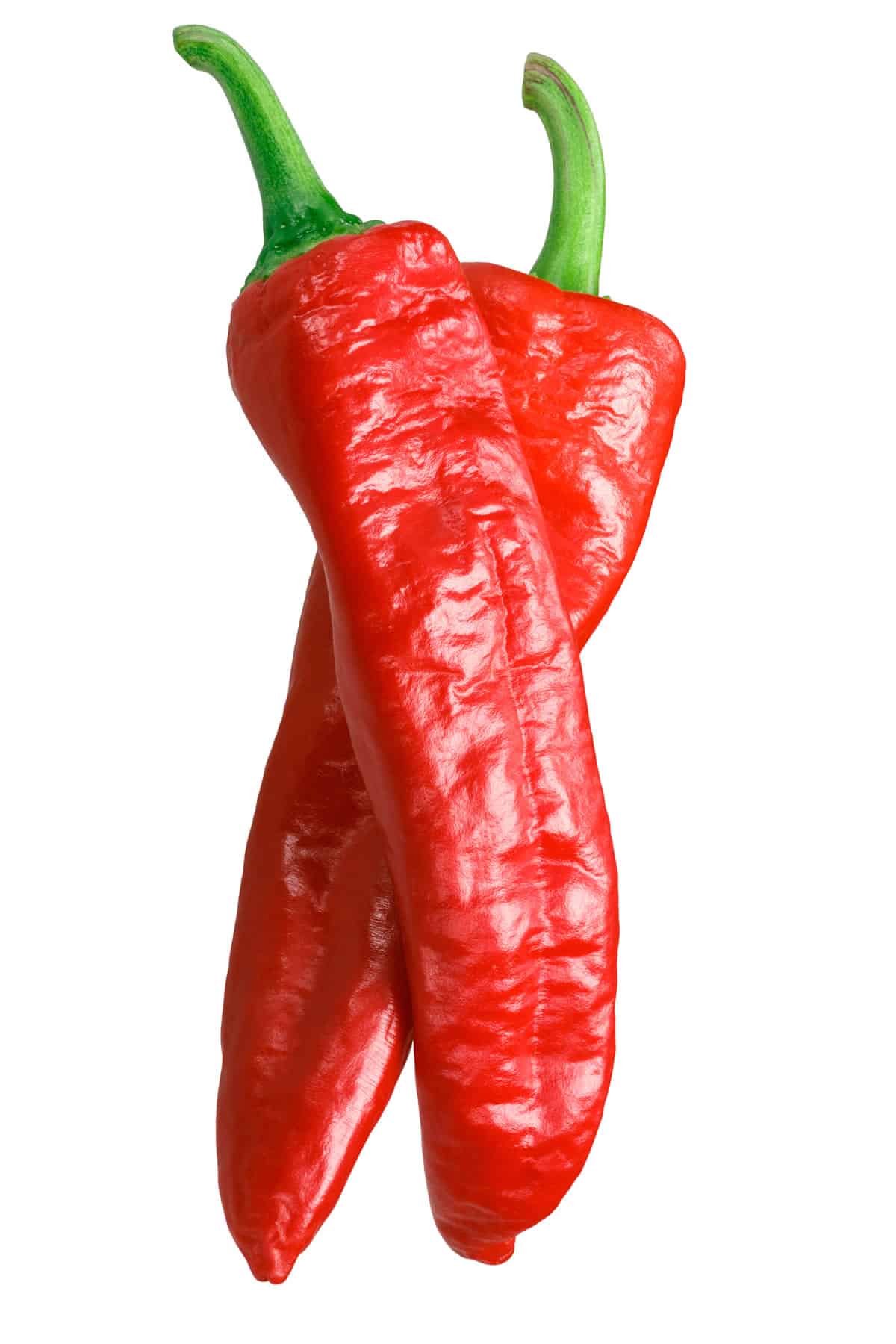 The Aleppo pepper, also known as the Halaby pepper, is named after the city of Aleppo in Northern Syria. It is commonly grown in Syria and Turkey, and is usually dried and crushed.

About the Aleppo Pepper

The Aleppo Pepper bears the name of its place of origin – Aleppo, Syria. Aleppo pepper is used in Mediterranean and Middle Eastern cuisine, although it has become very popular around the world as an alternative to crushed red pepper flakes or paprika, due to its beautiful deep red color, rich fruity undertones and aromatic flavor.

There is hardly any Mediterranean cuisine that doesn’t benefit from the spicy Aleppo pepper, along with its wonderful fragrance.

The Aleppo pepper is also called the Halaby Pepper. When growing, the pods ripen to a vibrant burgundy color.

After they mature, the pods are plucked by its farmers where they are typically semi-dried before being de-seeded and coarsely ground or crushed. Aleppo peppers are rarely used before turned into powder or flakes.

In Turkey, these pepper flakes are also called “pul biber”, and in Armenia, they are called “haleb biber”.

The Aleppo pepper comes from Aleppo, a city in northern Syria, but is consumed a lot in both Turkey and Syria. It is a member of the Solanaceae or nightshade family.

Though it may have originated from Syria, it is used widely in the United States and other parts of the world. With the violence and strife in Syria, obtaining Aleppo pepper is becoming ever harder.

Though it is now a common condiment, Aleppo pepper wasn’t used outside the borders of Syria, Armenia, as well as Turkey, until the end of the twentieth century.

The Aleppo pepper is similar in size and shape of a jalapeño, growing two to three inches long, with a long, curved appearance, with a tip that is more narrow than a jalapeno.

As the peppers age, they mature to a deep red color. You will more likely encounter the pods dried and ground into flakes in markets, however. They are more rarely found fresh.

I have grown these pods in my own home garden and the plants were quite productive. Here is a shot of some fresh pods picked directly from my garden. You’ll notice the vibrant red color. 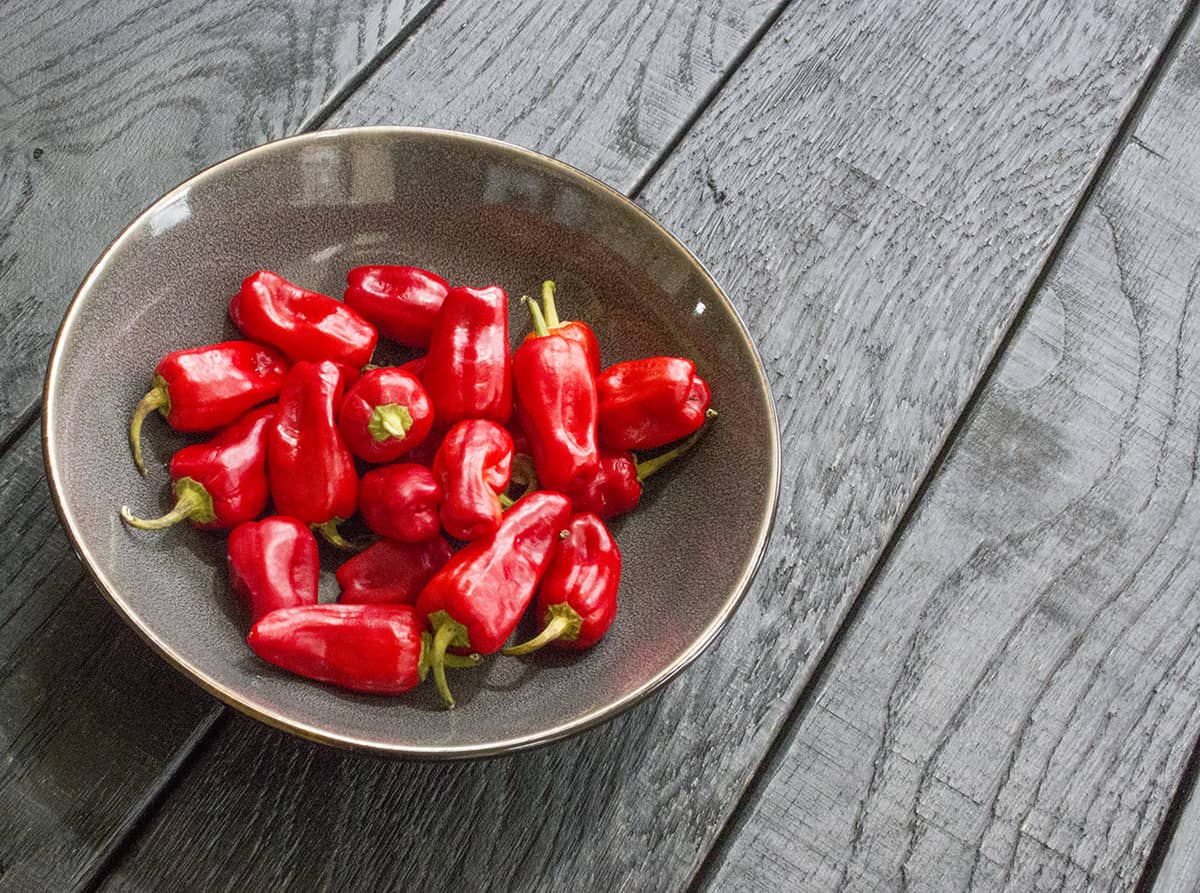 Crushed Aleppo offers moderate heat level and great flavor, with a fruitiness offering hints of tomato, with a welcomed earthiness and slight tang. You’ll also notice a touch of salt is that it is used in the traditional method of drying Aleppo pepper.

The Aleppo flavor is reminiscent of the ancho chili,  though a bit saltier and oilier, with a fruity raisin-like flavor.

How Hot is the Aleppo Pepper?

How to Dry Aleppo Peppers

Aleppo peppers are best dried in a dehydrator. I have grown these in my own garden, dried them, then ground them into chili flakes and powders for seasoning. To dry the peppers, wash and dry them, then slice them into 1/2 inch rings. Spread them out on drying sheets and dehydrate them for 8-12 hours at 130 degrees F, or until completely dried and brittle.

Aleppo pepper is used mostly in crushed pepper flakes form, is slightly oily and offers a mild heat level. With its inherent saltiness and somewhat raisin-like flavor, it is used in a big variety of recipes. It is different from other ground red pepper; it doesn’t possess seeds or inner flesh.

The ground Aleppo pepper is a great substitute to ground paprika or red pepper.

Imagine using the Aleppo pepper in your delicacies; there is a great chance that you will swear off using ground red pepper. Its taste profile is out of this world and will leave you begging for more.

It is perfect for chili, pizza, sauces, pasta, any grilled meats or roasted chicken, or anywhere you may normally use paprika, if you like the extra heat. However, it is not as hot as conventional crushed red pepper, because it is de-seeded and hotter innards removed before it is crushed.

Aleppo is also great as a colorful and tasty topping for potatoes, chicken, and even deviled eggs.

Personally, having also cooked with the fresh Aleppo peppers, you’ll enjoy the heat level, which is similar to a typical jalapeno pepper, though the Aleppo has a distinctive flavor that lends itself to Mediterranean dishes.

If you are unable to source Aleppo pepper, use either paprika, smoked paprika, crushed red pepper that is extra ground, or a mix of ancho pepper and cayenne pepper, though cayenne pepper is quite a bit hotter.

Enjoy! Contact me if you have any further questions or need for clarification.