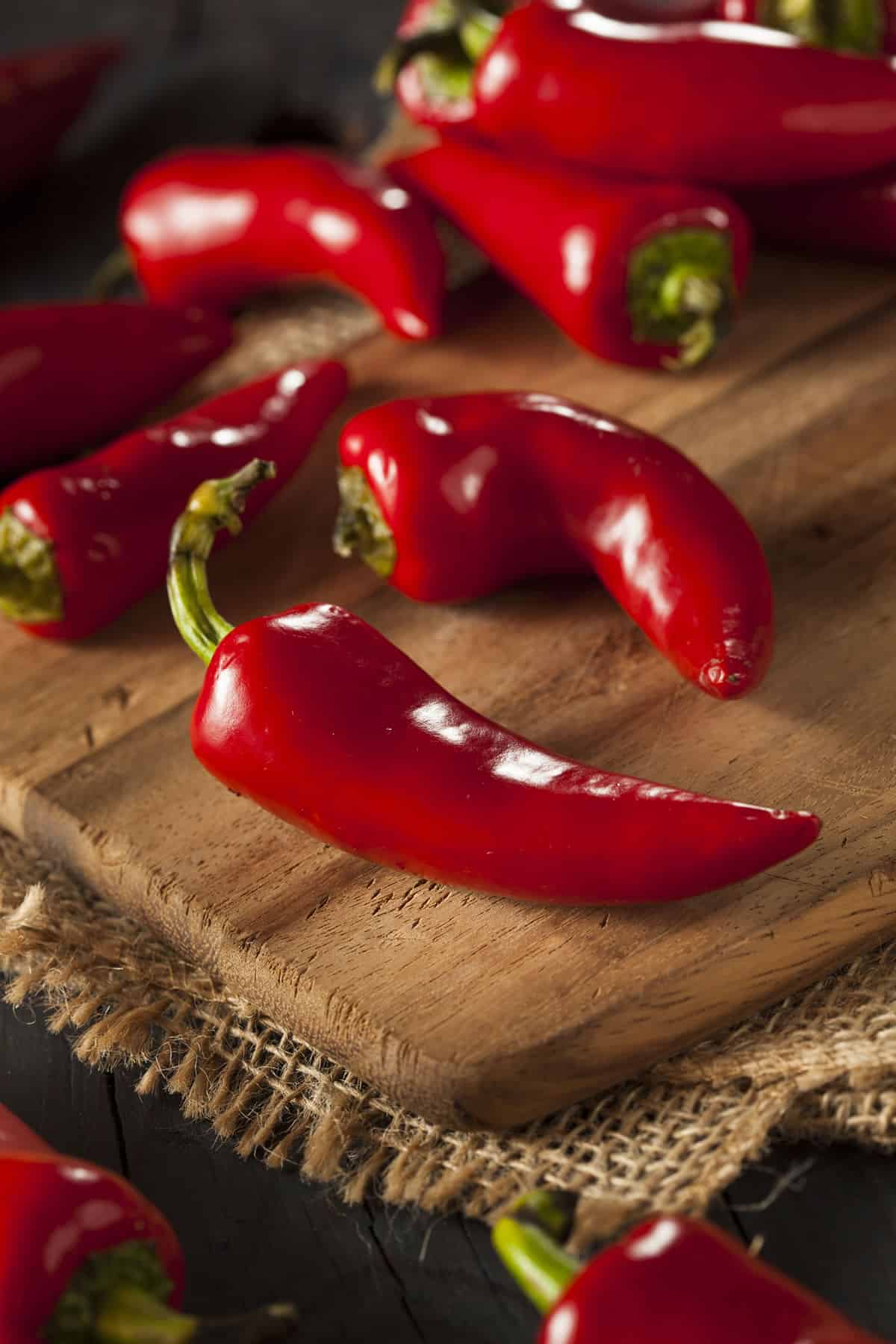 The Fresno pepper looks and tastes almost like a jalapeno, but slightly hotter. Fresno peppers change from green to red as they grow, and increase in hotness. Learn more from Chili Pepper Madness.

The Fresno pepper looks and tastes almost like the world’s most popular chili pepper, the jalapeno, but it can be slightly hotter. At its hottest, it reaches the heat level of a mild serrano pepper, which can be somewhat spicy for some.

In fact, the Fresno pepper looks so much like a jalapeno that people often confuse them for one another. This is not a problem, as they are both delicious in their own right.

Fresno peppers change from green and turn red as they grow, and increase in hotness, but they are often harvested and sold as green.

The green peppers are mild to medium hot, while the mature red Fresno is quite a bit hotter, surpassing the jalapeno.

They grow to about 2-3 inches long and have a diameter of about one inch. The skins are glossy and smooth, and the peppers curve slightly.

Fresno chilis are commonly grown in the U.S. and are popular for making ceviche and salsa. The green peppers can be used in many types of dishes to add great flavor, but the hotter red version may be better for dips or salsas.

Because of their overall flavor, it’s no wonder the peppers are frequently added to salsas and used for hot sauces.

Fresno peppers are spicier than jalapeno peppers, but they also offer a fruitier taste. Some say they are smokier, but I don’t feel that is very pronounced.

The biggest difference I notice between a Fresno and a jalapeno pepper is the thickness of the pepper walls. Fresnos have thinner walls, which can change how you cook with them.

They aren’t thin like a habanero pepper, but definitely thinner than a typical jalapeno, so consider this for your recipe planning.

I personally enjoy dehydrating them for grinding into powders. They make excellent spicy red seasonings or chili flakes. I love them for hot sauces as well.

It’s a great heat level for your everyday cooking, at least for those who enjoy a bit of a spicy kick, but not too much.

The Fresno pepper was first cultivated by Clarence Brown Hamlin in 1952. It is named after the city of Fresno, California.

If you’re unable to find Fresno peppers in your location, here are some alternatives.

I have grown Fresno peppers in my home garden several times over the years. They are very productive with lots of pods on the plants, and quite easy to grow.

The thinner walls can be an issue if you want to use them as part of a mire poix or Cajun Holy Trinity, where you’re just chopping them and cooking them. They still work, though. The flavor is definitely fruitier than a jalapeno.

As mentioned, I really enjoy them for making chili powder blends or for making either salsas or hot sauces. I definitely encourage you to give them a try.

Got any questions? Ask away! I’m happy to help.