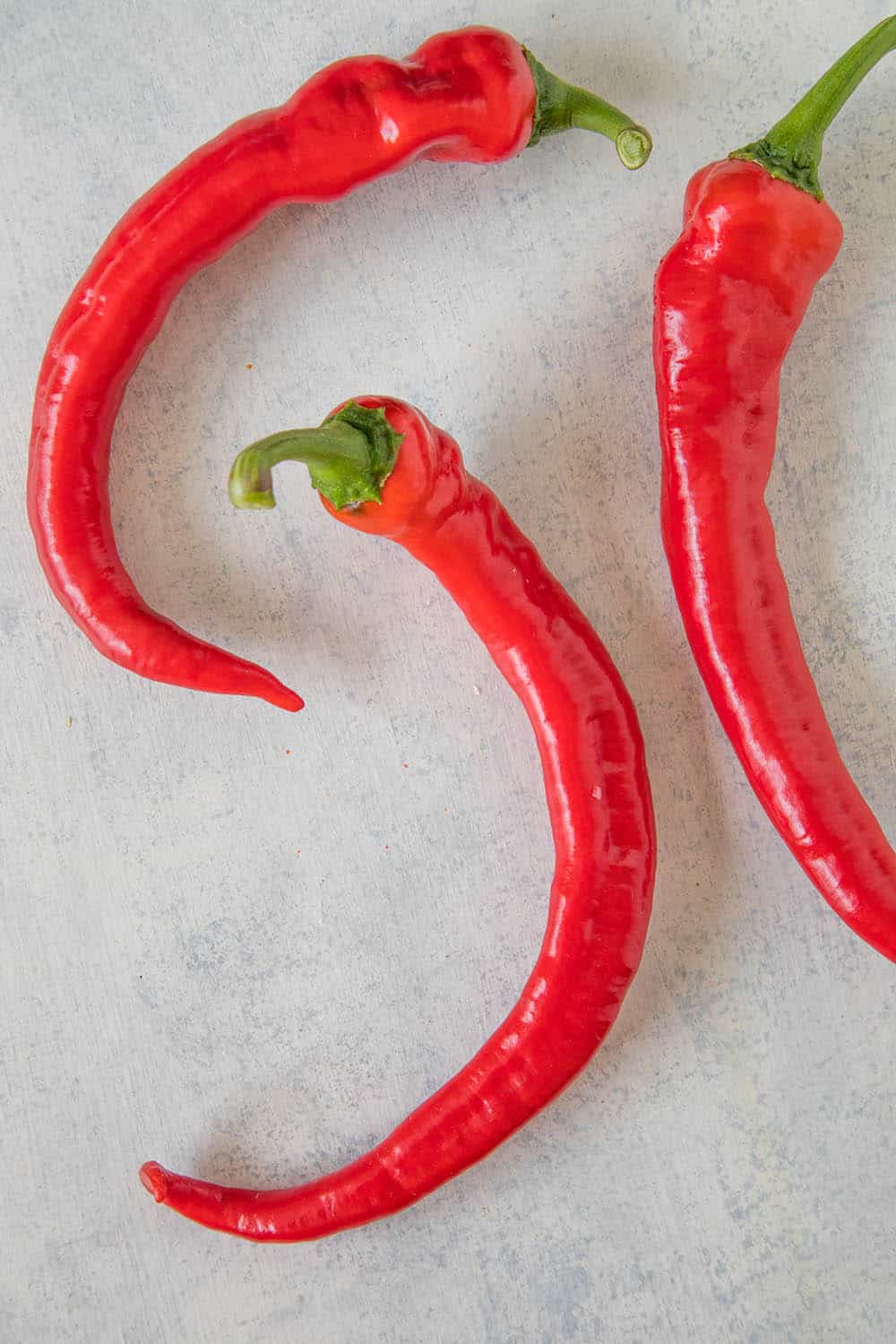 Cowhorn peppers are long, fairly thick-walled chili peppers that are shaped a bit like cow horns, hence the name. They are very large peppers in general, growing up to ten inches long, though the pods thin and curvy, very much like a large cayenne pepper.

The peppers turn bright red upon maturity, and they do have some heat, measuring in at 2,500-5,000 Scoville Heat Units. Learn more about the Scoville Scale Here. This makes them roughly the same heat level as an average jalapeno pepper.

The pods are quite wrinkly, though they are outstanding to cook with, having both a nice level of heat and a wonderfully fruity flavor, with thick enough walls to provide some substance to whatever you’re cooking.

Here is a list of questions I receive about Cow Horn chili peppers. Contact me with any further questions and I’ll be happy to update this page.

Are Cow Horn Peppers the same as Cayenne Peppers?

While they are both Capsicum Annuum, they are otherwise not related. 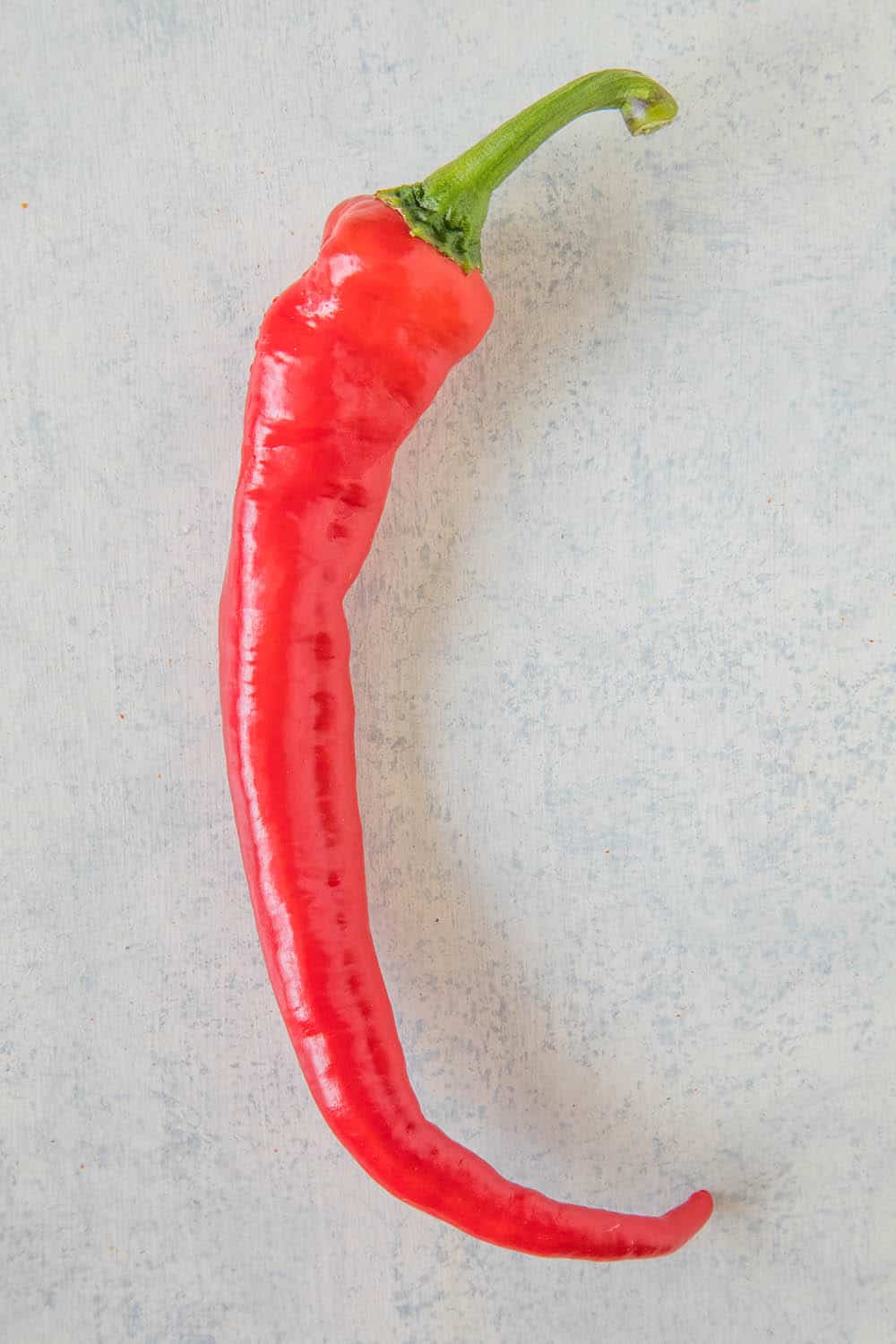 Because of their decent level of heat, large size and overall flavor, cow horn peppers are highly versatile.

You can use them as part of the Cajun Holy Trinity (onions, celery and peppers) to start any sort of meal, such as Cajun Chicken and Sausage Gumbo.

Cow horns make great chili powders, so you can dehydrate them then grind them into a powder that you cause for just about anything. See How to Dehydrate Chili Peppers to Make Chili Powders.

Other ideas for cooking with cow horn peppers include:

I’ve grown cow horns in my garden many years now, and even though they are very productive plants, I still use up all of the pods.

I personally prefer drying them for powders, pickling them, and cooking them into main dishes. Many people use them for stuffing, but I find that they are usually too thin to produce a meal from a stuffed pepper. However, they are good enough for appetizer sized stuffed peppers.

Where Can I Buy Cowhorn Seeds?

Check out my chili pepper seeds resources page, or you can purchase cownhorn pepper seeds here (affiliate link, my friends!).

Mike Hultquist is the author of “The Spicy Food Lovers’ Cookbook” and “The Spicy Dehydrator Cookbook”.