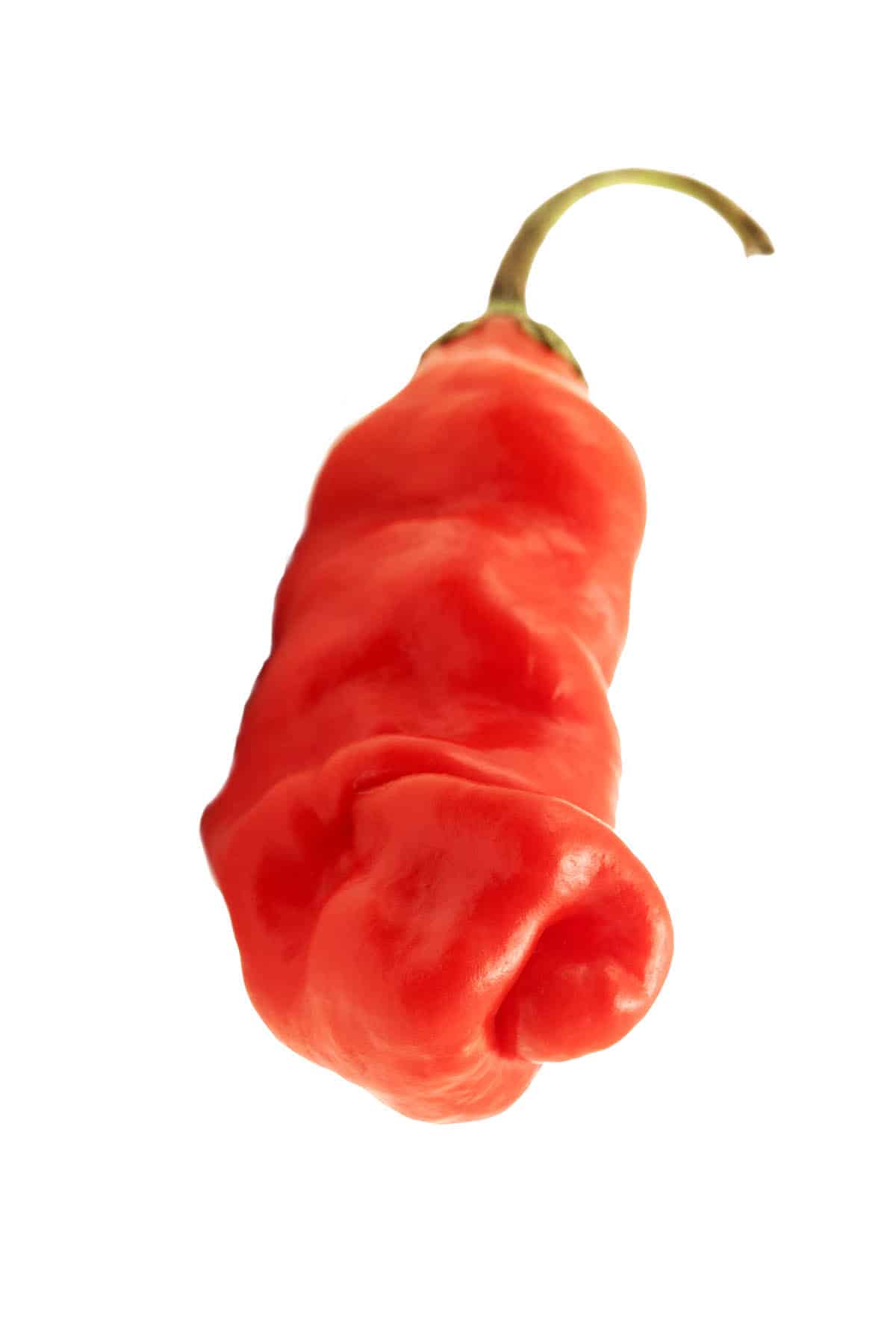 The peter pepper is an heirloom chili pepper known for it’s unusual phallic shape. Despite its giggle-worthy appearance, it is a fairly hot pepper, reaching up to 30,000 Scoville Heat Units.

What is a Peter Pepper?

This very interesting little chili makes a great conversation piece in the garden or in the kitchen due to its distinctively phallic shape, hence its name. It grows to about 3-4 inches long and 1-1.5 inches wide on average, and matures to a bright orange or red color. Origins aren’t completely known, but they seem to be originally from Texas and Louisiana, though the pods are grown commercially and seeds can be obtained through private companies. They are also grown in Mexico and by home gardeners all over the world.

It is also often referred to as the penis pepper based on their unusual shape. They were once considered more of an ornamental pepper, though over the years have been adopted by cooks for a large variety of recipes. They are great for salsas!

How Hot are Peter Peppers?

Peter peppers range between 5,000 and 30,000 Scoville Heat Units (SHU) on the Scoville Scale, which is quite hot. At 30,000 SHU, this is 6 times hotter than the average jalapeno pepper. It is more on par with the serrano pepper, which has some very good heat for cooking and sauce making.

Peter peppers are a great option for cooking if you’re looking for a bit of heat with your meal. You just have to get past the slight giggle phase and keep them away from sensitive people. As they can be about as hot as a serrano pepper, they’re great for making sauces and hot sauces, and very good for a nice spicy salsa.

Try them for salsa recipes, though you can also use them in every day cooking, as part of your mirepoix or Cajun Holy Trinity for making soups, stews, gumbos and more.

The peppers can easily be frozen whole or chopped and then frozen for using throughout the year.

Peter peppers are comparable to jalapeno peppers in flavor, with a vegetal taste, though they can be fruitier and can be quite a bit hotter. Their flavor profile deepens their inherent sweetness when roasted, making them an excellent choice for sauces and hot sauces with a spicier kick to them.

Where Can I Buy Peter Pepper Seeds?

Check out my chili pepper seeds resources page, or you can purchase peter pepper seeds online at Amazon (affiliate link, my friends). Enjoy your growing!

I’ve grown these peppers in my home garden and the plants were somewhat productive, though not quite as productive as plants with smaller pods, like aji peppers or cayenne peppers. Still, I did get a number of pods and enjoyed the level of heat. And they made a nice conversation piece with my neighbors.

I have used them in many salsas, sauces and hot sauces, though they are also ideal for dehydrating. Because of their vibrant color and good level of heat, they make great spicy chili flakes and chili powders, which can be used to season up any number of your favorite dishes and recipes.

Got any questions? Contact me anytime. I’m happy to help.